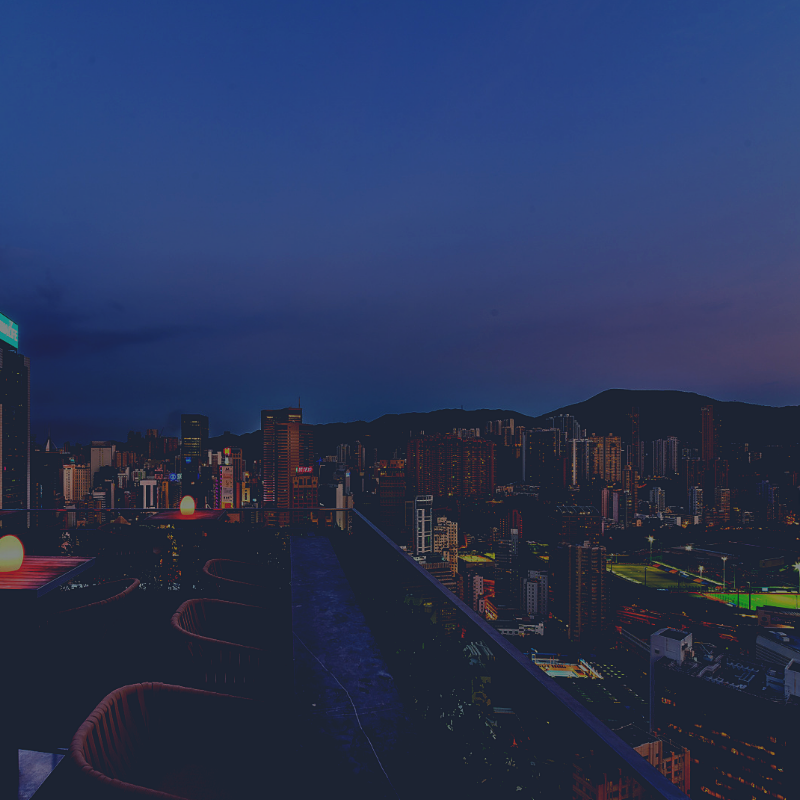 One day in Hong Kong, a strange forum post caught my attention. “Wedding Witness Needed ASAP”. The topic creator wrote that they were scheduled to be married the next day but one of their two witnesses had bailed. They needed someone to show up and sign a signature.

While it sounded very much like a scam, I was desperate to fix my karma. You see, back home in Canada, my friends called me “King Dick”, not for reasons you may think, perverts, but because of my knack for being a dick. I was known for being a bit selfish, for often prioritizing my own wants over the needs of others. Well, it appeared karma had finally caught up. At the time, I had no job, no romantic prospects, and no friends in Hong Kong, despite actively seeking all three.

Within the hour, I was set to be this mysterious couple’s knight in shining armor.

I don’t quite know what I expected. Certainly not to see two people little older than I was. The girl – Jasmine – was short, with a bubbly attitude and a smile that exuded confidence. The guy – Manny – struck me as her contrast. Had he not stood hunched over, he would easily be over six feet tall. He remained quiet, letting Jasmine do the talking for them both. What they shared was a seemingly lack of excitement at being moments away from getting married. They were missing the magic pixie dust, all-is-right-in-the-world sort of aura one might notice around an engaged couple. Maybe it had to do with age – both were only twenty-one years young. But who was I to judge?

I waited with the other witness outside the marriage registration office while the couple changed. Jasmine returned first, sporting a dress too short for the occasion. She said it was her only white dress. Manny put in even less effort. He just slapped on a button-up. No tie, no suit jacket. Later, I learned their choices of attire were not due to laziness or indifference, but a lack of available funds. Of course, I didn’t know that then, so I eyed them with a hint of confusion.

The wedding ceremony, if you can even call it that, was a letdown.

An official read us a legal blurb. The groom and bride took turns reciting the oaths, both completely butchering it. Then we were passed a document to sign.

“What are you gonna get?” Jasmine asked.

I glanced at the menu overhead. I didn’t recall coffee in Canada being this expensive.

Sensing my hesitation, she added, “Our treat! As a thank you.”

I settled for a generic coffee. The other witness took full advantage of the opportunity and asked for one of those fancy latte concoctions.

Over the drinks, Jasmine and Manny explained their situation. They were highschool sweethearts from Manila. Neither of them made bank there, but they got by, and that was enough. Except their families disagreed. Their families opposed their union so much that they had no choice but to leave the city. Jasmine was born in Hong Kong and held citizenship, so they fled there.

For Manny, moving was a different story. He was a mechanic by trade and Hong Kong didn’t need more mechanics – at least not foreign ones. The only way he could secure a visa was through marriage.

“I don’t mean to be rude,” I began, “but if you can’t afford a wedding dress, can you really afford to live here?”

The two looked at one another. Jasmine smiled at what she saw. “We’ll figure it out.”

While I thought the idea of marrying someone for citizenship was dumb as heck, Jasmine and Manny sounded like they knew what they were doing. Maybe they had a fighting chance. I mean, it must require a great deal of commitment and self-sacrifice to elope to a foreign land – least of all an overpriced metropolis like Hong Kong – and subject yourself to a future of hardship simply to be with the one you love. Part of me kind of admired Jasmine and Manny. Why couldn’t I have those qualities?

The other witness left after the coffee, but I stuck around to take pictures for the newlyweds. Having no idea how to work Manny’s DSLR, my pictures came out either blurry or poorly-framed. They didn’t seem to mind though. They were married.

As we parted ways, Manny stopped me to ask, “Have you been to Manila?”

I shook my head.

“When we have a real wedding back home, you are invited. We’ll drive you around. Show you our city.”

Despite promising to keep in touch, I didn’t hear from Jasmine and Manny again. I figured they were busy with their new lives. Either way, I had done a good deed. That’s worth like what, five hundred good karma? My karmic balance was restored.

Six months later, I was slumming it in a part of town so shady that most expats wouldn’t think to visit. I had found a small group of friends at my hostel, but was still waiting for my good karma to kick in on the fronts of romance and career.

The housekeeper came knocking one afternoon, grinning ear to ear.

“Hot girl just moved in. She’s on the roof. Go!” It was no secret I struggled in that department.

I waved him off. Told him, “Thank you, but no thank you.”

Soon as he was gone, I booked it up to the roof.

There was indeed a girl. She leaned against the parapet, looking out into the city, her back towards me. I couldn’t see her face, but her backside didn’t seem as exceptional as the housekeeper had claimed, so I left.

Halfway down the stairwell, I got a text.

Felix, where are you right now?

I think I just saw you.

Jasmine was the girl on the roof. Against all odds, she and I ended up in the same hostel. I returned to the roof and we got caught up. It was cool. I couldn’t ignore, however, the fact that she was alone.

I probably shouldn’t have done this, but for the sake of having something to write about at a later date, I asked, “Hey, where’s Manny?”

“In the Philippines,” she said.

Jasmine told me the pressure of Hong Kong got to Manny. She found a job – after all, there was always demand for low-wage female migrant workers – but he couldn’t. She spent six days a week slaving away behind a fast food counter, while he did whatever he did at home. They fought. Argued. Then he just took off. She bounced around various couches before moving into my building.

“Did you guys ever, you know, get a divorce?”

“No,” Jasmine stated matter-of-factly. “He’d have to come back for that. He’s not coming back.”

I welcomed Jasmine as best I could. I showed her the area and introduced her to the other tenants. My friends ushered her in as one of our own, and we hung out almost daily until she met newer friends. Though Jasmine never spoke of her marriage again, I could tell there was something behind her smile. Only I couldn’t tell whether it was pain or relief. She downloaded Tinder, even using a photo from her wedding day in her profile. Manny was, of course, cropped out. Over the next months, I watched as Jasmine dated guy after guy, each the polar opposite of her estranged husband – white alpha males with money.

Just as Jasmine had predicted, Manny did not return to Hong Kong. I kept expecting the two to reconcile, but as far as I was aware, no such attempts were made by either party. The side of them that got them through thick and thin, through the family drama, the move, and the visa issue – the side that I found admirable – appeared to have died.

I catch glimpses of Jasmine and Manny on social media from time to time. She seems to have found a stable relationship, though I wonder if the boyfriend knows she is technically still married. In the backgrounds of her photos are Thailand beaches, Japanese forests, and the brick buildings of Belgium. Manny, on the other hand, became a father. His posts revolve around his toddler, a lady who I presume to be his new wife, and Filipino food. What I can’t see is evidence of Jasmine and Manny’s marriage five years ago.

It’s weird. As someone who was arguably instrumental in the disintegration of their relationship, you’d think I would question things. For a few days after Jasmine broke the news to me, I did question whether I had made the right choice to help them and if things would have turned out differently had I not. Now, I just find myself drooling over Manny’s pictures of adobo, duck embryos, and fried pork knuckles, and thinking about how cool that Manila wedding could’ve been.

The last time I saw Jasmine was on the train platform shortly before I left Hong Kong. She stood some distance away, holding hands with a man I recognized from our hostel. I thought maybe the encounter was a sign – she had found someone and I had not. Maybe it meant I still had more redeeming to do before I could rid myself of the “King Dick” title, or that whatever good I had done for Jasmine and Manny was no good at all. Not that it bothered me much, because once the train arrived, we boarded our respective compartments and got on with our day.

Felix Wong has lived half his life in Vancouver and half in Hong Kong. Thanks to his upbringing, he is ninety-eight percent sure he has an advantage when it comes to writing stories that can captivate both Western and Asian audiences. He is a graduate of Simon Fraser University’s The Writer’s Studio.