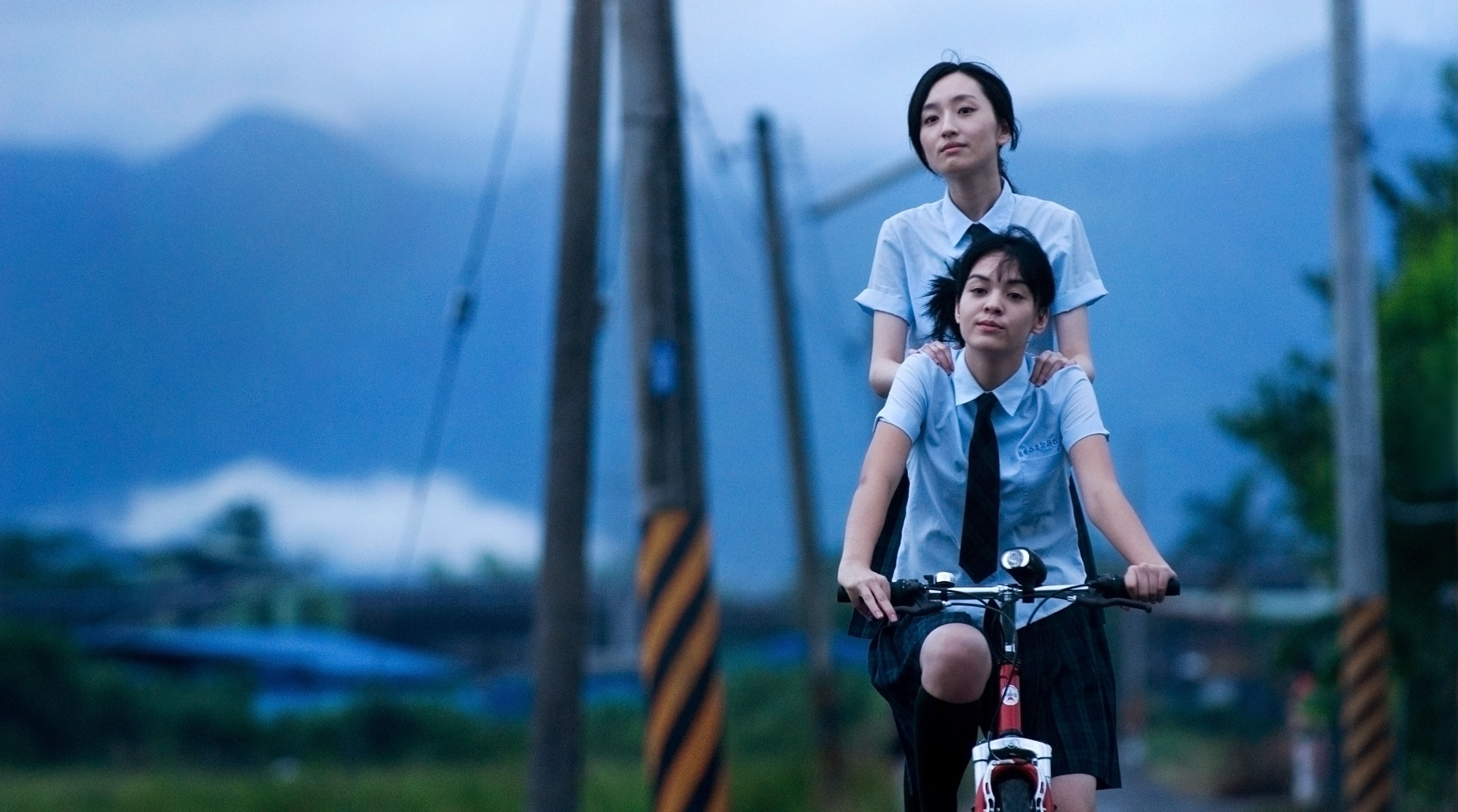 If anyone was listening to the press transmitting their crucial midway and endpoint reports from the 59th Berlin International Film Festival, which ran from February 5 to 15, 2009, one might have thought that the German film festival—one of the world’s oldest and most prominent—had made globalization its theme this year. Globalization may be a fashionable sound bite in these desperate times, but without its continued presence, most films and film festivals wouldn’t exist. The truth is that there’s far more transnational cooperation across the world’s film production and distribution industries than their resulting films often reveal.

Of course, much of the sustained Western interest in the cinemas of Asia has to do with this mutually dependent state of things, and at this year’s Berlinale, one could see Germany’s own slice of Asia, a mélange of films accented on queer and less mainstream work. Except for Chen Kaige’s glossy Mei Lanfang biopic, Forever Enthralled (2008) landing a slot in the prestigious main competition, the other titles were spread among the festival’s sidebars, notably in the International Forum of New Cinema, a section reputed to promote alternative films, and the Panorama, a space famed for shorts and features dealing mostly with queer themes. 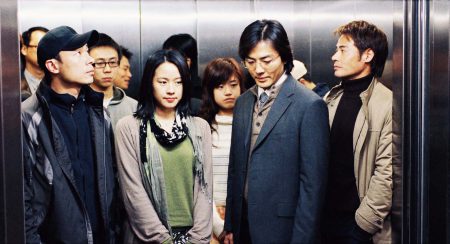 Overall, Chinese language films had a strong showing, with Hong Kong boasting at least two standouts. In Simon Chung’s absorbing second feature, End of Love (2009), young adult Ming (Lee Chee Kin) willfully guides his life into freefall by indulging in drugs and prostitution, but a greater tragedy awaits him when he unconscionably leads his friend, Keung (Guthrie Yip) back down his own path of self-destruction. Much subtler was Ivy Ho’s beautiful and understated directorial debut, Claustrophobia (2008), which clues in on a relationship between two office colleagues, played elegantly by Karena Lam and Ekin Cheng. Stitched together by a series of expositions, the story unfolds in such a way that the couple’s relationship is only as meaningful as what the viewer makes of it.

From Taiwan, two contrasting titles doubled as platforms for emerging actress Sandrine Pinna (Chang Yung-yung). In Miao Miao (2008), Cheng Hsiao-tse’s directorial debut about the pains of unrequited love, Pinna plays Xiao Ai, a cutesy high school student who develops a crush on exchange student Miao Miao (Ke Jia-yan). But to complicate matters, this Japan-transplanted Taiwanese girl has her unflinching eyes on severely aloof Chen Fei (Fan Chih-wei), who’s still nursing deep regret from a missed love opportunity. More consciously cinematic was Cheng Yu-chieh’s Yang Yang (2009), in which Pinna plays the eponymous college student who must overcome the trials of growing up as a biracial child with an elusive father. Cheng deftly explores a heady range of emotions in balmy and romantic tones, but it’s debatable if his decision to rely on hand-held camerawork throughout impairs an otherwise strong story. 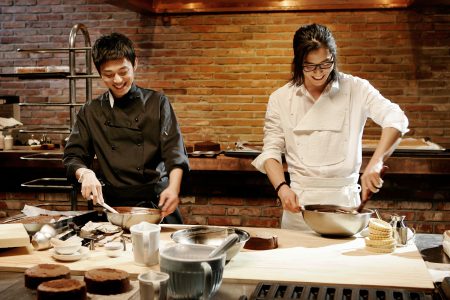 South Korea held a steady presence with Baek Seung-bin’s Members of the Funeral (2008), an intertextual experiment about an aspiring author’s literary fantasy played out cinematically; Roh Gyeong-tae’s austere Land of Scarecrows (2008), a quiet study of cultural encounters between South Koreans and Filipinos; and Min Kyu-dong’s Antique (2008), a campy comedy about a pâtisserie boss and his team of kitchen chef misfits which curiously unleashes a mystery thriller in its flaky folds. But the most engaging of the lot was Lee Yoon-ki’s My Dear Enemy (2008), a romantic tale about a down-and-out woman (Jeon Do-yeon) who seeks out her ex-boyfriend (Ha Jung-woo) to demand payment of a loan, only to find out that he is also broke. Sensing her tough will, he volunteers to settle the debt within the day by taking her across Seoul to mooch small sums of money off his bevy of girlfriends.

Japan’s lineup of films weighed heavily on alternative fare and the experimental. Among these were Soda Kazuhiro’s second feature documentary, Mental (2008), which captures the daily grind of an Okayama clinic catering to patients with mental illnesses; Ichii Masahide’s Naked of Defenses (2008), a stylized drama about a factory worker forced to relive brutal memories of her miscarriage; and Deep in the Valley (2009), in which Funahashi Atsushi uses the legendary tale of Tokyo’s gutted five-storey pagoda to canvass the unspoiled working class neighbourhood of Yanaka, in the city’s northeast. However, the undisputed tripper was Sono Sion’s sweeping four-hour epic, Love Exposure (2008), about Yu (Nishijima Takahiro), a sensitive teenager who shuns his father’s religious zeal to fulfill his mother’s dying wish for him to consummate with someone Virgin Mary-like. Along his quest, he encounters a host of allies and foes: a juvenile brotherhood of sexually repressed perverts, an evil sisterhood of cult church followers, and “Mary” herself: Yoko (Mitsushima Hikari), the bisexual, male-hating schoolgirl. 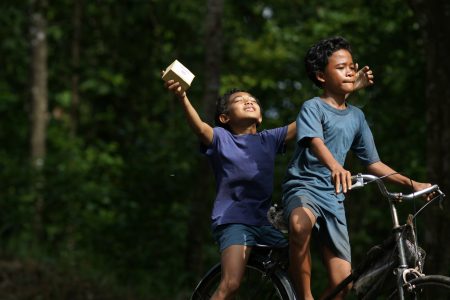 Finally, a handful of Indonesian titles represented the bulk of films from Southeast Asia. At Stake (2008) is a documentary anthology of four stories about the health and sexuality of contemporary Indonesian women, exploring subjects from foreign domestic helpers (Ani Ema Susanti’s Effort for Love), to debates over female circumcision (Iwan Setiawan’s and Muhammad Ichsan’s What’s the Point?), to cultural biases underlying gynaecology (Lucky Kuswandi’s Miss Mrs?), to sex workers (Ucu Agustin’s Our Children’s Fund). The film scores points for its activist agenda, but is unfortunately tainted by amateurish directing and production values. And, in adapting author Andrea Hirata’s hit eponymous novel, Riri Riza has fashioned Laskar Pelangi [The Rainbow Troops] (2008) as a coming-of-age and underdogs-as-triumphant hybrid. The film tells the story of a group of elementary school students in a Sumatran village who are written off as hopeless. Despite this, they prove their place by staging a striking victory in a national quiz. Although bolstered by likable characters, the film largely fails to find a solid thrust to guide it satisfactorily to its mawkish conclusion.