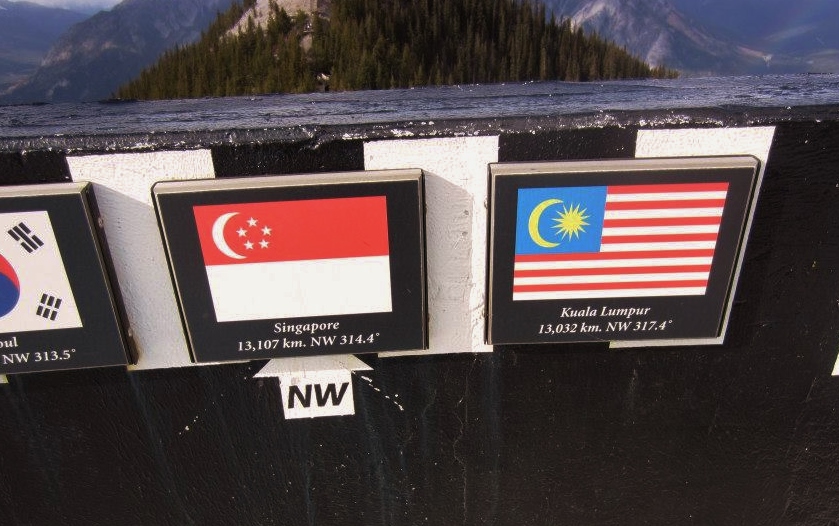 ‘Diaspora’ was originally written by William Tham for ‘Little Basket 2016’ by the Malaysian independent publisher Fixi Novo, and it is also being featured in the upcoming ‘Young in Malaysia’ anthology by Gerakbudaya. This excerpt from his essay details his experiences meeting Malaysians in Canada, and how his conceptions of identity and belonging changed over time.

In Vancouver we found ourselves imagining Malaysia, a homeland full of nostalgia. We talked and laughed about the childish games that we played as kids, sharing the unshakeable love for the balmy weather while watching YouTubers videos and cooking  butter prawns and Hainanese chicken rice. We glossed over lurid stories of crime, like when the restaurant I had spent so many weekends eating at was burglarized by a bunch of men with machetes. We joked about politics and taxes and uncertainty, but never too loudly; most students were JPA scholars who had been explicitly warned against any political involvement, so that ruled out participating in the demonstrations in front of the Art Gallery, only to put our placards down so we could munch on noodles down in Marpole. Each summer they returned like migratory birds to their homes in Sungai Petani and Ipoh, but for the most part I stayed where I was. All those years had faded my conceptions of home.

But to the city at large we were just Asians, most of us with recognizably Chinese features. We were merged together with the rest of the huge East Asian diaspora that filled the city. The students resisted the stereotypes, we were Malaysians, they would say proudly, and we were not like the others. For them Malaysia always beckoned, but for me it was a different story.

Eventually I found myself traveling solo, leaving that coastal city behind. Everything disappeared into a blur once I was out in the prairies, and even our tight-knit group faded as easily as fog on a cloudless day. They were just memories when I ran chemical tests for an Australian multinational in a frigid northern city.

But out there hidden Malaysians emerged out of the woodwork and they told me during the cultural festival where I volunteered to hand out flyers shipped over by Tourism Malaysia that they had lived abroad for so many years and had no intention of returning. Yet their accents remained in place and their love for the old country remained intact. In turn I told them about my own experiences, and how I was taking a year away from classes to work. Where do you see yourself in the future, they asked me. And I had no answer ready for them.

So instead I found myself chasing the hidden traces of Malaysia abroad, discovering that Esca Daykin, formerly Isaka Brooke, the half-Malay illegitimate son of the Rajah Charles, had died in obscurity in Toronto—while a town called Sarawak stood vaguely close to the American border not far from where he had once lived. I heard more stories from them there, and concocted an imaginary Malaysia to replace the real one; the rifles that people kept in the trunks of their cars in Lahad Datu to ward off thieves and pirates, the policemen who survived the Japanese only to fight the Communists, and the Iban mercenaries who served as marksmen for British soldiers, feasting on steaks during their two-week tours of duty. By then I was a wanderer, no different from the transient workers who journeyed vaguely to the frigid north, where they extracted oil from tar under the gleaming auroras.

I moved again, trading in the open flatlands and the frozen river for the valleys where vineyards grew plentifully between the scrubby mountain slopes where titanic train routes once passed. I assembled genetic contigs together, and on the weekends we drove along Highway 97 to the sound of heavy metal, and I filled in the open roads with stories about life in the tropics at the confluence of two oceans. I spoke reminiscently of Kuala Lumpur, replacing the chaos of Puduraya station and the beggars of Chow Kit with the imagery that I found in novels by Preeta Samarasan and Tash Aw, extinct slices of Malaya finding new life. I told stories about things that were safely rooted in the past, preferring to ignore the reality of the overcrowded city where real people continued to meander on, unsure where their own lives were going. It wasn’t just me, I realized, it was all us Malaysians abroad, there were the acquaintances that I had in Europe and the States, all of us preserving a childhood Malaysia with the weekly singing of the Negaraku and schoolyard theatrics. While we all revolved in different circles, from the streets of New York to the foyers of grand universities hundreds of years old, we all forgot that the chaos did not exist as we pursued our own dreams.

Reminders of my old life in Southeast Asia were everywhere, like the woman in the headscarf outside the public library, patiently awaiting the creaking public buses, the wife of a retired major in the Reserves who brewed Boh tea, and even the colloquial Indonesian spoken by a laboratory technician who had once taught in Papua. Most surprisingly, my supervisor’s eyes once lit up when I said that I was from Malaysia, and she told me she had been there once; when I inquired further she told me that it was the refugee camp on Pulau Bidong, where her family had escaped to following the fall of Saigon to the Vietcong. She assured me that they were treated well.

*
After my year on the road ended, when I returned to classes and the rain, full of stories ready to be written and sent off, I found that the exciting students days were over. The Malaysians on campus were long gone, selling their textbooks and withdrawing their savings from BMO.  We had gone our separate ways at last. I returned to communication in a digital world, where they remained on one end of a vast space and me at the other, but I always felt a terrible sense of loneliness that had first gripped me when I said goodbye at the airport a year before my sojourn began, knowing absolutely well that once my plane took off our paths were finally diverging after a brief three years together. To them I was already a foreigner.

Some of them still remained, but the stories they told were gloomy. Everyone looks so poor now, a friend who had returned over the summer after an absence of several years told me over coffee, it’s like no one can afford to survive anymore.

Meanwhile traces of our diaspora continued to fan out all over the world, exchanging red passports for new ones, adopting new lives in far-off countries. They were in Edinburgh, in Trinidad, in Minneapolis, they could be found in the glass skyscrapers of Pudong and working for conglomerates in Dubai. All of us were united by only a shared heritage of memory.