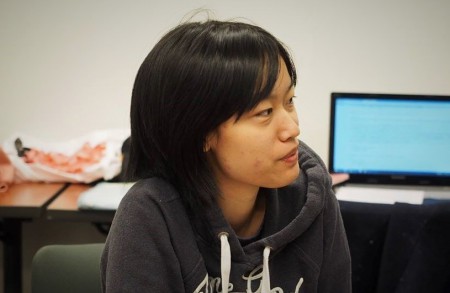 Lilly Lin is a graduate from UBC with an English Literature major and Asian Language and Culture (Chinese) minor. She was the assistant editor for lePaper and leMook Magazine, and is involved in the Vancouver Taiwanese Film Festival. She hopes to write something good one day, and continues to be interested in creative ideas and worlds.

You’ve worked at the UBC Literature Etc. magazine.   What was it like and could you tell us more about the publication

You’ve also worked at the Vancouver Taiwanese Film Festival.  How could a student run film festival become such a fixture in the city of Vancouver?  Could you tell us more about this film festival?

You were born in Fujian, China and grew up in Calgary.  What was it like growing up in Canada?

How does your cultural identity influence your joining Taiwanese-led initiatives such as UBC LE and the TWFF?

What does “Asian Canadian” mean to you?

What’s your vision for Ricepaper?  What hopes and dreams do you have in your editorial role at Ricepaper?