Festival Accès Asie, or Montréal Asian Heritage Festival, helped to make Asian Heritage Month in Canada a reality. The Festival is organized around events featuring artists of Asian origins or artists whose work is inspired by Asian arts, and encompasses a large diversity of artistic disciplines and forms, including the visual arts, dance, theatre, video, film, music, comedy, poetry, literature, performance, new media and culinary arts. Founded in 1995 and this year having attracted over 5,000 spectators, Festival Accès Asie was conceived as the community’s own platform for emerging and professional Asian artists to present their creative work. 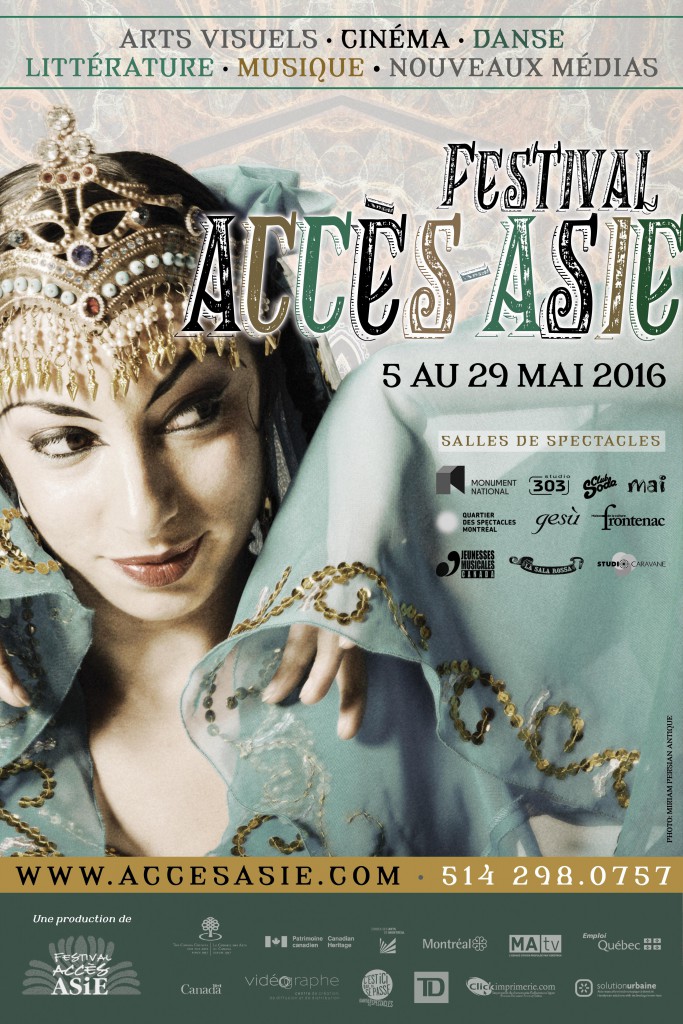 As a venue that fosters dialogue which can develop both intercultural as well as intra-cultural solidarity, Festival Accès Asie has allowed artists to gain deeper and wider recognition by the broader Québec culture. In the 2016 Festival presented during May, to coincide with Asian Heritage Month, exhibitions and presentations included the work of about 600 artists from over 20 different regional and national backgrounds. The Festival also has launched cultural mediation activities, conferences and training workshops in recent years as part of its education component.

“At its inception, Festival Accès Asie did not receive any funding from the federal government due to Canada’s exclusionary cultural policies,” Janet Lumb, co-founder of the Festival, told us, “and provincial funding did not occur until 15 years later which was largely attributable to politics in Québec that has intense focus on its historical Francophone roots and culture (a focus which at times has led to calls for its independence).” While the policy does generate a level of tolerance for minority groups, this tolerance is conventional in a sense – but one can say nominal or even merely notional in another. And this is manifested especially with respect to Asian Canadians. Asian Canadians increasingly find issues, concerns, causes, world events, and artistic expressions and works about all of these, to hold greater significance than the long-standing provincial focus on Francophone heritage and cultural traditions. Regardless of the Québec’s exclusionary policy, Janet responded: “Festival Accès Asie still received some support due to leadership in certain municipally operated ‘Maisons de la culture’ or cultural houses. Canada Council for the arts, the national arts funding body, responded to the demands from the ethnocultural arts communities for support with strategic funding in 2001.” Founding members crowded into places such as living rooms and cafés to organize the festival. It was not until 2002 that the Festival established an office located at Gèsu—Centre de créativité. The team also expanded from a group of volunteers to include contracted staff, salaried employees, interns and students.

With Montréal’s Asian population so diverse in its racial, linguistic (including African Asians, and Francophone Asians, among others) and national constituents, and often not centered in one part of the city or a single neighborhood, despite some clusters of residents living in almost ghetto-like areas, this urban environment can render dialogue, exchange and collaboration between communities difficult. The concept that an arts festival and exhibition could promote communal solidarity has proven quite effective, as well as strategically advantageous for initiatives to elevate the political presence and status of Asian minorities through increased visibility in Québec society. 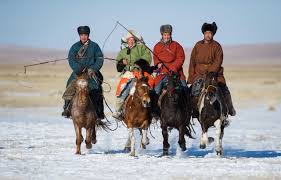 As a result, Festival Accès Asie opened a gateway to cultural understanding, in both intercultural and intracultural ways, even by means as simple as spectators asking questions about shows or exhibitions. This is particularly beneficial for artists whose work may be experimental, or involve a fusion of “East” and “West”, and who often are excluded from, marginalized, or prejudged by mainstream culture – or even by their own Asian communities. The embrace of the dominant culture is not all-encompassing, nor open to much contemporary change, where Asian Canadians in the arts are concerned. Thus, the Festival created a venue for those artists to support their work as a way to facilitate reconnection of these artists to their communities. Festival Accès Asie has helped to raise the interest of non-Asians in Asian culture, which can be interpreted as a step towards, or greater openness to, and even tolerance towards, Asian communities as a whole.

What occurred in Festival Accès Asie is part of the growing proliferation of Asian Canadian cultural production (such as literary writing and visual arts) that is dynamically pushing forward, and in many instances reconstructing, the received ideas about Canada. In this dynamic, the category of “Asian Canadian” has gained recognition and broader awareness by the rest of Canadian society.

Encapsulating all Asian artists, or all activists, in one category ignores the concept of multiculturalism even within the Asian community. Despite Asian Canadian cultural production flourishing, Beauregard argues that English studies in Canada has responded “belatedly, but mostly not at all” as Asian Canadian literature does not, or rarely, enters English studies in Canada. The unhappy situation signifies the insufficient attention or inclusiveness that Asian Canadians are receiving, and their struggle as an ongoing project.

Hi, I’m actually looking for information on the LiterAsian Festival in Vancouver, Sept. 21-25? Specifically contact information for Judy Hanazawa, to request an interview. I write for the Vancouver paper The Source.