The Stories of JusTea7 min read

Tea plays a prominent role in many different cultures. From the casual afternoon tea in Britain, traditional tea ceremonies in Japan, and to tea houses in China, people interact with teas through a variety of mediums that demonstrates how versatile the drink is at forging connections. Every cup of tea is a story. Ricepaper was able to talk to the people behind JusTea, a Vancouver business with direct ties to Kenyan tea farmers, about the stories their teas tell. 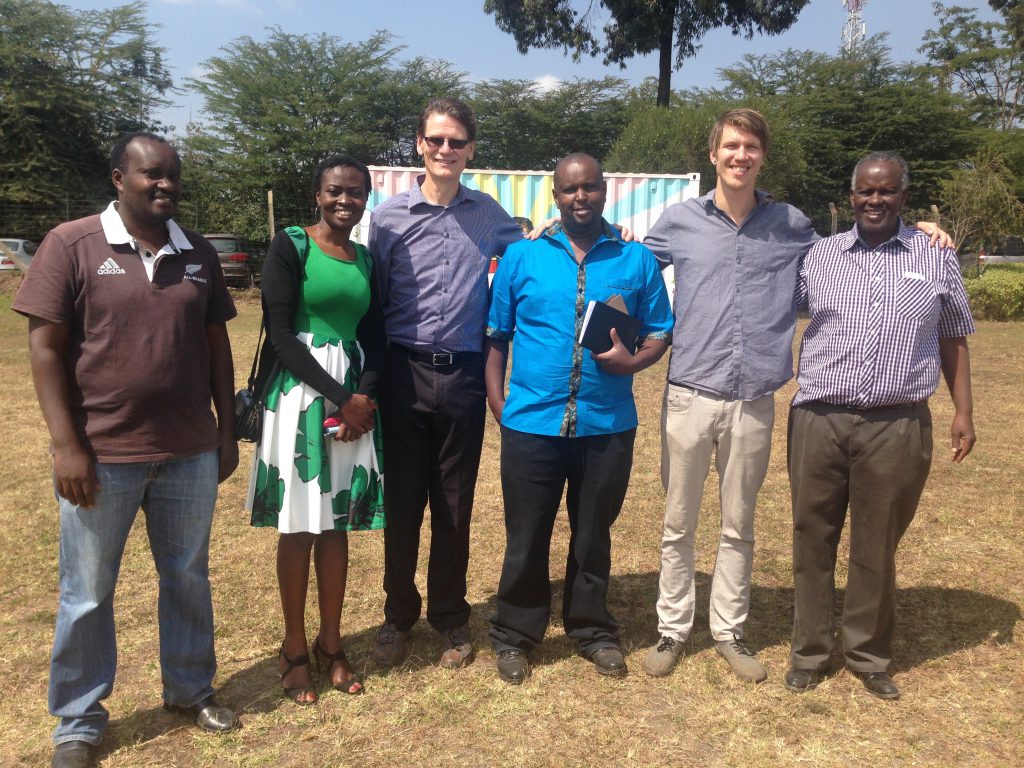 The Bain and Katah family of JusTea. Courtesy of Melody Yip.

From Aid to Trade

At first “it didn’t necessarily have to be tea,” Paul Bain, Tea Captain of JusTea, admits when asked why he decided to enter the tea business. Having studied about Africa at the University of British Columbia and through his excursions to African countries, Paul was primarily concerned with what would provide the most support to the communities he had worked with. While helping a charity group set up a water filtration system in Uganda, he began to question the sustainability of the types of projects he was dedicating himself to. His father, Grayson, thus began to research how businesses affected Kenyan communities, and he found that while Kenya remains the largest exporter of tea in the world, with over half a million small-scale farmers nurturing backyards of tea, many of these farmers make less than two dollars a day for their efforts.

In 2012, Paul and Grayson visited Kenya to live with Davison, a Kenyan tea farmer, and his family for two weeks, plucking tea leaves and learning more about his family, their neighbours, and their relationship to tea. JusTea was created to not merely provide aid, which can be unsustainable, but also to establish a trading partnership so that Kenyan communities could thrive many years onward. Over the next five years, JusTea would employ over 200 Kenyan tea families and artisans and create Kenya’s first small-scale, farmer-owned Purple Leaf Tea Factory.

It was after that trip to Kenya that Paul had come to a realization: “I knew I wanted to be a part of the social business, and I knew it had to be about tea because I really connected with these Kenyan tea farmers.” 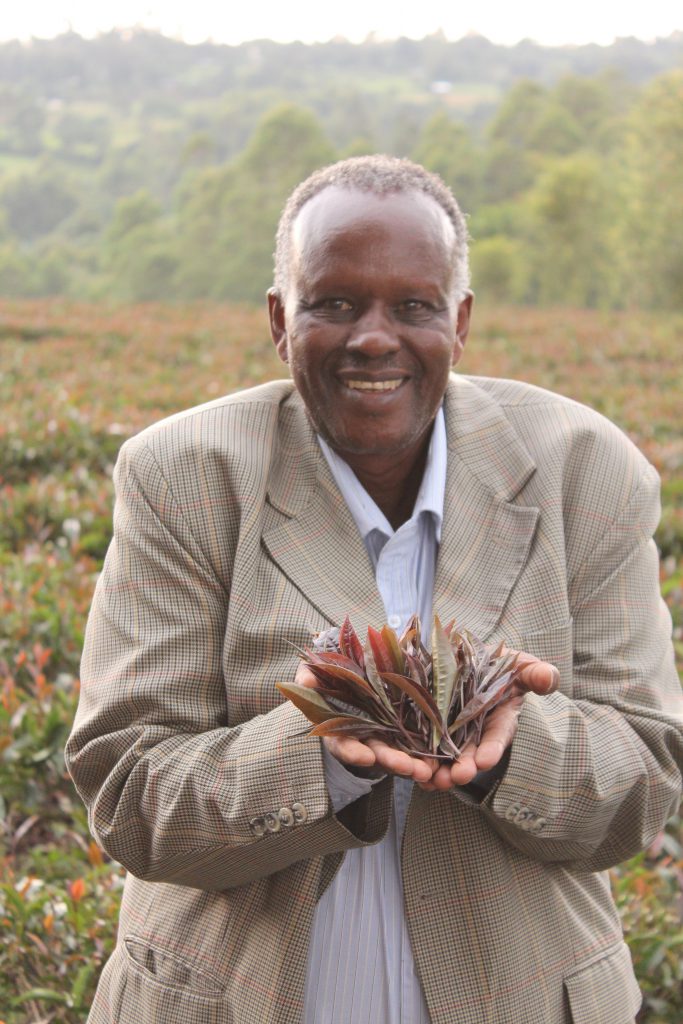 Recently the JusTea Facebook page has started to update every Saturdays with a short video clip of JusTea’s Kenyan tea farmers, their #JusTeaFarmers project. The first video features a vast field, the silhouettes of puffed trees in the distance standing starkly against a sky in which a small, pinprick of a moon is suspended. Someone is singing a jaunty tune. The viewer learns that the singer’s name is Wycliffe, who shares details about his family and how the tea business has benefitted his community financially. He then concludes at the end of the video, “I am a proud JusTea family [member].”

“We’re trying to be transparent enough so that the customer can trust us,” Paul says. JusTea is a member of the Fair Trade Federation, but it does not pay for a certification label. Rather, profits go directly to the farmers instead of to massive certification companies such as Fair Trade USA.

JusTea also ensures that Kenyan farmers retain equal power in the partnership. Paul readily admits, “We [the Vancouver team] don’t know enough about the culture of Kenya, the culture of [their] business, even to this day,” so instead of overstepping their responsibilities, Paul views these cultural issues as an opportunity to build trust. This approach, for example, has allowed farmers such as the Katah family to independently address the lack of supplementary readers in their schools. Indeed, just last August the Katah family had a surprise waiting for Paul: from the recent successes of their tea business, they had managed to build an entire children’s library from an old shipping container.

Paul goes to Kenya several times a year even when there is no urgent need to visit, because his connection with the farmers is so strong. Family is a large part of Kenyan culture. If Kenyan tea farmers want to enter into a business relationship with other families, they must first invite one another over to their homes to introduce themselves, in which they can discuss anything except for the business contract. Working under this business model, it is unsurprising that JusTea is so family-oriented. Paul’s parents and his wife, Sally, clock in every day to prepare tea blends and packages together in Vancouver. The Bain family frequently calls the Katah family in Kenya, and just next month, Boaz Katah and his wife, Jamilla, will come to Canada for the first time. The two are especially excited to greet Paul and Sally’s new baby, Cleo, as her Kenyan parents. Having been hosted by the Katah family for four years, the Bain family is more than ready to return the favour. 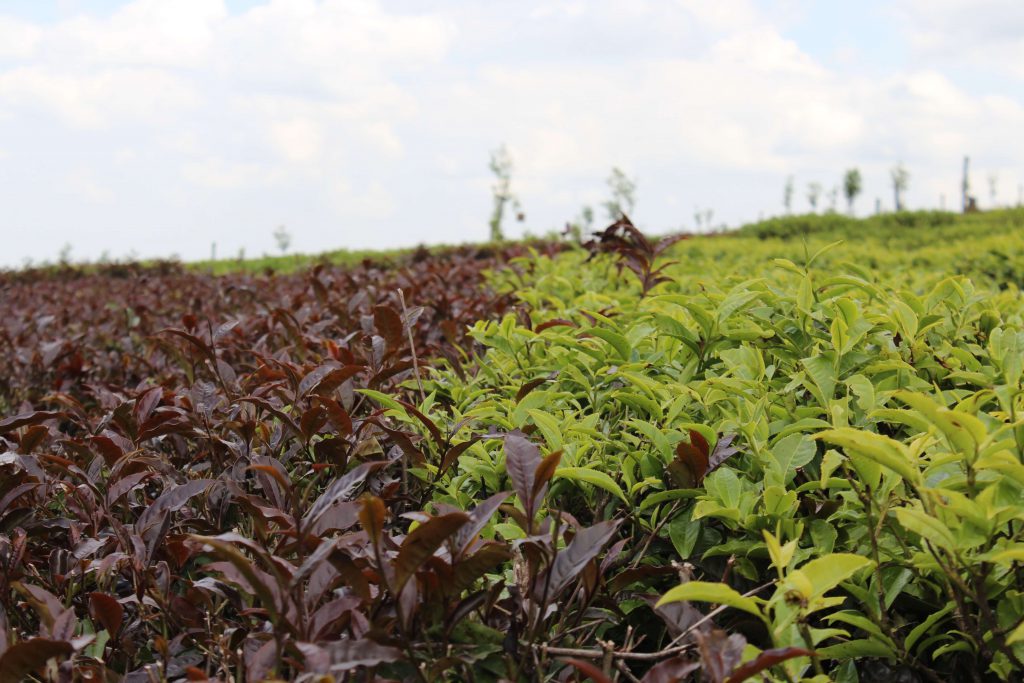 JusTea’s new Purple Leaf Teas, which, unlike Green, Black, Oolong, and White Teas, which all derive from jade green tea leaves, come from a fascinating purple leaf. Organically grown and high in the antioxidant anthocyanin, the Tea Research Foundation of Kenya has declared Purple Leaf Teas to have more antioxidant power than Green and Black Tea, making it one of the healthiest, if not most unique, teas on the market. As anthocyanins are considered a pH indicator, adding acidic juices such as lemon to a cup of Purple Leaf Tea will turn it a bright purple.

Although tea is grown all over Kenya, Kenya is rarely associated with tea. The tea gets exported as a commercial brand that unfairly eliminates the narratives of the Kenyan tea farmers. It is bought cheaply, sold cheaply, and is mass produced and of low quality. “It loses its whole story behind it,” Paul says. Since India is famous for its Darjeeling Tea and China is famous for its Green Teas, Paul hopes to make Kenya recognized for its Purple Leaf Teas. Because there was no established method for processing Purple Leaf Teas at the time, JusTea consulted an expert in Darjeeling, invested in machinery from around the world, and built a small cottage factory in Kenya to conduct experiments. The goal was to make the best Purple Leaf Teas which could retain its smooth taste, health benefits, and unique purple colour. JusTea has since developed three unique blends in accomplishing their goal: Purple Lavender, Purple Rain (Paul is a huge Prince fan!), and Purple Mint.

When JusTea started, the Kenyan tea industry was closed off to anyone who wanted to produce teas. Now, being the first business to obtain a license from the Tea Board of Kenya to make Purple Leaf Teas, JusTea has become a pioneering business that has allowed other tea farmers the opportunity to work with artisanal full leaf teas, to achieve a higher quality of living, and to take immense pride in their work.

Although tea is grown all over Kenya, Kenya is rarely associated with tea. The tea gets exported as a commercial brand that unfairly eliminates the narratives of the Kenyan tea farmers. It is bought cheaply, sold cheaply, and is mass produced and of low quality. “It loses its whole story behind it,” Paul says.

The Future of JusTea

Paul has a lot of respect for the city as a born-and-raised Vancouverite. Unlike the other cities he has travelled to, Paul notes that Vancouver’s strength lies in supporting and promoting its local businesses. JusTea is certainly no stranger to reaching out to other Vancouver-based businesses, having already partnered with several companies to make their Purple Leaf Tea launch a success.

And what about later on, years down the road? Paul remarks that he would like JusTea to “find a way to invite people [to] come to Kenya with us, pluck the tea, process the tea, taste [their] own tea, and just get part of that experience.” His words come out quickly in excitement. “Because it’s incredible what they’re doing in Kenya, how hard these farmers and producers are working for your cup of tea, essentially.”