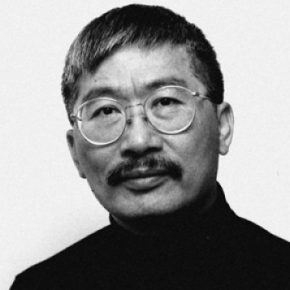 Being published for the first time is a challenge, especially since the odds are so sharply stacked against emerging writers. This was the case for several young Asian Canadian writers primarily living in Vancouver as the shift to multiculturalism began taking place in the late 1970s. Until then Canadian fiction had largely been focused on English and French voices, but new times required new stories. The Asian Canadian Writers Workshop sprang up and would go on to start not just Ricepaper, but also the LiterASIAN Festival and the Jim Wong-Chu Emerging Writers Award, which is open for poetry submissions until July 1st, 2017.

This award, newly renamed in honour of Jim Wong-Chu for his pioneering efforts in creating a unique voice for the community, is now in its 18th year. Open to Canadian writers of Pacific Rim descent, the only stipulation is that they have yet to publish a book-length work of poetry, fiction, or nonfiction. Despite the relative recency of the award, it has proved to be a gateway to literary fame for several of its previous winners. Rita Wong burst on to the scene with Monkey Puzzle, while Madeleine Thien went from Simple Recipes to being shortlisted for the Man Booker Prize in 2016. Both of them got a head start with the Emerging Writers Award, as have many others besides them.

In addition to serving as a gateway, the award was a landmark step in collecting and establishing voices for people who were traditionally discriminated against in Canada’s uneasy history. By providing an avenue for writers to tell their stories, it enables them to make an important contribution to the mosaic of Canadian literature while showcasing stories from different perspectives.

This year the judges are looking for books of poetry at least 80 pages in length, with a book deal in store for the winner. The competition will be juried by Fiona Lam, Glenn Deer, and Yilin Wang. Happy writing!

A Short Q&A with Rita Wong

Q. How has winning the award impacted your career?

A. I think of writing more as a calling than a career, but the award was very helpful. It meant that the ACWW helped me find five publishers who were interested in the manuscript. I was able to go with the publisher that best supported the manuscript, which was Press Gang Publishers, a feminist press that later closed down, I’m sad to say. I would say the award helped readers to find my work.
Q. Did winning change your approach to writing or your interest in it?

A. Not really. On the one hand, I’m very grateful for the support granted by the award, and the attention that it created for the book. On the other hand, I feel strongly that books matter, whether or not they receive prizes. Indeed, I worry sometimes that prize culture is superficial in that prizes become emphasized too much, when there are much deeper and important reasons to write and to read – stories or values that need to be shared from generation to generation, for instance. Culture can nourish a long term view, not just short term events. I’ve written briefly about this link.

Q. What kind of importance do you think the award has to young Asian Canadian writers?
A. It means a lot to be recognized by your peers and elders, so the award plays a symbolic role in reminding us that we are here for each other, that Asian Canadian perspectives and cultures matter, that community is an ongoing process of building and renewing relationships with each other, our relatives (both human and nonhuman), our histories, so that we can work toward a future that is grounded in what we learn from our histories.  The history of systemic discrimination and colonization in Canada is a violent legacy that has created inequalities that remain in place, and we need systemic equity measures to address these injustices. Contextualized in this way, we understand that the attention granted by such an award also brings with it some responsibility to use that attention wisely and responsibly.
Asian CanadianAsian Canadian Writers WorkshopAsian Canadian Writers' Workshop (ACWW)emerging writers awardjim wong-chuJim Wong-Chu Emerging Writers Awardjwc emerging writers awardricepaperRicepaper MagazineRita Wong
0 comment