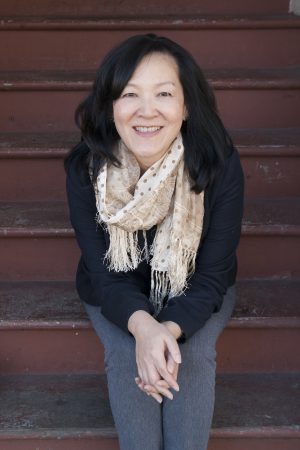 JANIE CHANG | Writes primarily about China in transition at the start of the 1900’s, and her interest is reflected in her two novels. Three Souls (William Morrow Paperbacks, 2014) received critical acclaim and was nominated for local and international awards, and Dragon Springs Road (William Morrow Paperbacks, 2017), was released earlier this year. Passionate about the continued survival of independent bookstores through her organization Authors for Indies, she draws on her family’s past for inspiration.

RP: Writing stories about China is daunting, because of how easy it is to fall back on clichés. How do you avoid falling into this trap?

JANIE: I think that clichés of any sort, about any character, culture or situation, comes down to laziness. Too often clichés and stereotypes are used as shorthand. As writers, we need to pay attention and give characters their due. A character may well follow the role of say, the tiger mom, but if you provide readers with background and knowledge that contextualizes how she ended up this way. Is the mother worried that a child will repeat her own mistakes and squander her talents? Perhaps the mother made a huge sacrifice to give her child a better life and now she wants to see that her child appreciates this. It may seem like a lot of work for a secondary or minor character, but the writing only takes a line or two—it’s the thinking that takes more work!

RP: Your first novel, Three Souls, was partly inspired by your own family history. Was it difficult for you to fictionalize elements of the past?

JANIE: I was always going to write my grandmother’s story as fiction rather than biography, because there wasn’t enough detail handed down in family stories and apart from the central tragedy of her life, I didn’t know enough about the other conflicts and tensions in her life to construct the story arc for a full-length novel. And perhaps because some of the family stories are so brief, I found it easier to use them in scenes or as details that add authenticity to the story. Both Three Souls and my second novel, Dragon Springs Road, incorporate family stories this way.

RP: Will your next book also deal with China, or are you planning to use a different setting?

JANIE: Yes to China! I’m now working on my third novel, which begins in 1937. They say that fiction requires conflict, and there’s a lot of conflict to leverage when you set your story in early 20th century China! Especially China, where the country was going through constant political, social, and economic turmoil. Times of transition are so interesting, because people show their true mettle when confronted with change.

And perhaps because some of the family stories are so brief, I found it easier to use them in scenes or as details that add authenticity to the story. 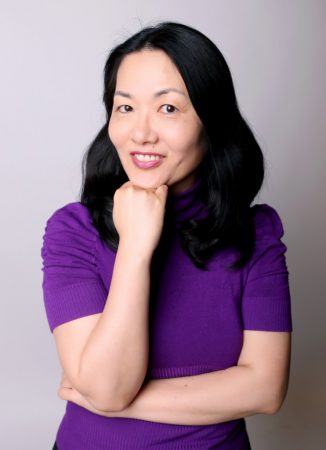 JULIA LIN | Author of Miah (Mawenzi House, 2012), regarded as the first Taiwanese-Canadian novel. She has also served as co-editor of AlliterAsian: Twenty Years of Ricepaper Magazine (Arsenal Pulp Press, 2015), and author of Shadows of the Crimson Sun: One Man’s Life in Manchuria, Taiwan, and North America (Mawenzi House, 2017). She is now part of the ACWW and serves as Treasurer of The Writers’ Union of Canada.

JULIA: Miah is different from general Chinese-Canadian fiction because, like Taiwan itself, it is informed by a unique blend of influences, namely Chinese, Japanese, Taiwanese, and Canadian. Because of Taiwan’s unusual history of fifty years of colonization by the Japanese followed by thirty-eight years of martial law under the Chinese Kuomintang government, the Taiwanese have developed an identity unlike other ethnic Chinese. The stories in Miah as well as in Shadows of the Crimson Sun, the biography of a Taiwanese-Canadian, demonstrate the effects of this singular history.

RP: China and Taiwan have had divergent histories in the past century. How do you capture the nuances between contemporary Chinese and Taiwanese culture?

JULIA: The current political situation between China and Taiwan, with China claiming Taiwan as part of its territory and Taiwanese independence advocates vigorously disputing that claim, makes for complicated relations between Mainland Chinese and native Taiwanese in Asia and North America. Within Taiwan, despite prejudices still held by the old guard, the lines between Chinese and longtime Taiwanese have increasingly blurred into a new kind of modern Taiwanese. In Miah and Shadows of the Crimson Sun, I have stories, fictional and nonfictional, of ethnic Chinese who represent both Taiwanese and Mainland Chinese as they struggle to survive in Taiwan, Japanese-occupied China, and Canada from the beginning of the twentieth century to the present. During the writing of these books, my focus wasn’t so much on emphasizing differences between Chinese and Taiwanese culture but on rendering the lives of ordinary ethnic Chinese as truthfully as possible regardless of cultural background.

RP: Do your childhood memories of Taiwan play a large role in shaping your writing?

JULIA: My family immigrated to Canada when I was nine and we lived for a year in Vietnam before that so my childhood memories of Taiwan are limited. While I draw on what I can remember, I rely more on historical research and stories from my elders when I write about Taiwan. That said, there is no replacement for having actually lived through martial law to have an understanding of the emotional climate of that era, even from a child’s perspective.

During the writing of these books, my focus wasn’t so much on emphasizing differences between Chinese and Taiwanese culture but on rendering the lives of ordinary ethnic Chinese as truthfully as possible regardless of cultural background.

LiterASIAN 2017 takes place in Vancouver September 21-24. Meet Julia and Janie at the book launches at Vancouver Public Library and the reception at International Village on September 22nd, where we will launch our long-awaited anthology.