In anticipation of LiterASIAN 2017, we are pleased to showcase interviews with our featured authors. Meet Jen Sookfong Lee and Eleanor Guerrero-Campbell, who started out with different backgrounds before eventually making it as writers. Click here for more interviews. 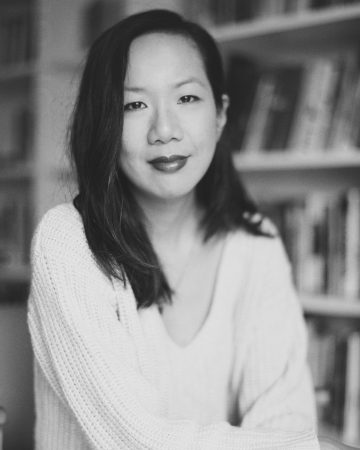 JEN SOOKFONG LEE | Published her latest novel, The Conjoined (ECW Press, 2016) to critical acclaim. She got her start writing for CBC Radio One’s programs for three years and eventually broke through with her first novel, The End of East (Knopf Canada, 2007). She now lives with her son and her “hoodlum of a dog” in Burnaby.

RP: Vancouver serves as a setting for some of your works. Is it difficult to give Vancouver a distinct image and feel in fiction to set it apart from other cities?

JEN: I don’t think so. Vancouver is very specific. As I always say, it’s a city of impossible opposites: ocean and mountains, glass tower condos and the streets of Chinatown, the very rich and the very poor. And all of this is played out in demographics and landscape. And, you know, there is always the rain.

RP: You used to work with CBC Radio. What’s the difference between writing fiction versus writing for the media (specifically radio)?

JEN: Writing for radio is really to the point. There really isn’t much room for pretty words or fancy structure. Fiction is very much an entire invented world, so there is a lot more at play. I like writing for radio. It can feel like a nice palate cleanser after working on a novel.

RP: All your books have been well-received. Do you have a particular favorite?

JEN: Not really. I always am fond of the last one I finish, but I understand that each of my books represents a point in my life and that I wrote the best book I could with the tools I had at the time. I think readers have their favourites, and I’m always intrigued by which one they choose.

As I always say, [Vancouver is] a city of impossible opposites: ocean and mountains, glass tower condos and the streets of Chinatown, the very rich and the very poor. 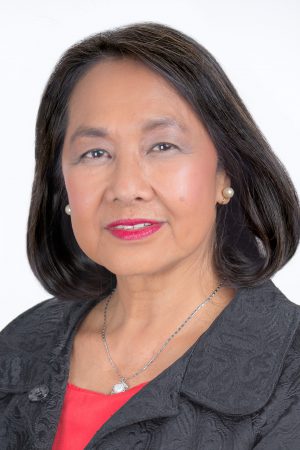 ELEANOR GUERRERO-CAMPBELL | Previous city-planner in British Columbia and Alberta, fighting for better conditions for women and new immigrants through various organizations including the Minerva Foundation for B.C. Women and the Multicultural Helping House Society. Her first novel, Stumbling Through Paradise: A Feast of Mercy for Manuel del Mundo (Friesenpress, 2016), tells the multi-generational story of a family of Filipino immigrants to Canada.

RP: Your first novel has a lengthy subtitle. Tell us more about it.

Eleanor: I was torn between these two titles: ‘Stumbling through Paradise’ and ‘A Feast of Mercy for Manuel del Mundo’. The former much more straightforward and tells you what the story’s about, and the latter intriguing, more literary, hinting at a deeper theme, the one of redemption, alluding to the abundance of grace Manuel and his family receive in the end, and matching the many food references in the story. I asked many people including editors about it, and the comments came up even. In the end, I just decided to use both, favoring “Stumbling…” as the main title for reasons noted above.

RP: How much of your novel is tied to your own personal experiences of immigration?

Eleanor: So much of it is, since I observed first-hand the experience of immigrants I counselled and worked with—the plight of caregivers, what skilled immigrants sacrifice, how some succeed and others fail, etc. Some of the experiences in the book are directly my own—Sonia’s work with immigrant agencies and with the Looking Forward Initiative for example are taken from my work with multicultural agencies and Looking Ahead Initiative, consultations revealing racist feelings in neighbourhoods are stories I heard in my own consultations as a city planner and as an advocate. My favourite personal experiences reflected in the book are those of Pililla, the small town where I locate Josie’s hometown; some of the characters in Pililla are based closely or distantly on people I know including my maternal grand aunt; and the traditions of holy week, the fiestas, etc which I lovingly portray—they are such priceless memories of my childhood. My own ambivalence about the way multiculturalism sometimes leads to cultural ghettoization, and the need for more integration of cultures is reflected in the ‘salad versus soup’ analogy which Manolita del Mundo uses in her political campaign towards the end of the book.

RP: Filipino-Canadian writing is still a growing sub-genre in Asian Canadian literature. Do you see it growing?

Eleanor: Yes, definitely, I see it growing. The experience of 1.5 and 2.0 generation Filipino Canadians are fuelled with rich themes: the search for identity between the dual cultures, the estrangement from the old culture yet the pull of roots; the trying to make sense of expectations—looking ethnic yet feeling not at all ‘ethnic’ and instead feeling thoroughly ‘Canadian’. The literary arts are more and more accessible—there are many ways that society fosters the development of artists with many options now available to publish, artist grants, venues to perform drama, cafes to read spoken poetry, anthologies to be part of, literary festivals to participate in. The Philippine community is now many decades old in Canada, it is maturing, and with that comes the expression of the community’s evolution, sense of history and self-conception.

…the traditions of holy week, the fiestas, etc which I lovingly portray – they are such priceless memories of my childhood.