A Korean-born man (John Cho) finds himself stuck in Columbus, Indiana, where his architect father is in a coma. The man meets a young woman (Haley Lu Richardson) who wants to stay in Columbus with her mother, a recovering addict, instead of pursuing her own dreams.

Columbus is the directorial feature debut of Kogonada, who is a proud immigrant, born in Seoul and raised in the Midwest. He has been noted by Filmmaker Magazine (25 New Faces of Independent Film) and The New Yorker for his visual work and film criticism commissioned by the Criterion Collection and Sight & Sound.  With the film’s focus on the architecture, Variety magazine suggests Columbus “is a film that feels timeless.” 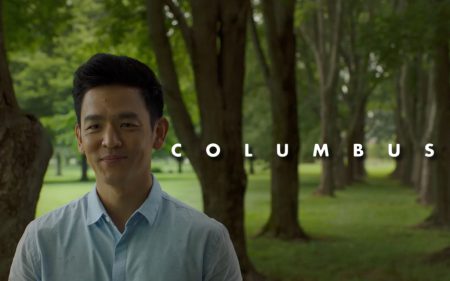 Ricepaper is pleased to be a community partner once again with the Vancouver Asian Film Festival (VAFF), and is excited to support this year’s festival.   We will be at this screening as part of Opening Night’s Presentation Columbus + Gala at the River Rock Casino Resort on November 2, 2017 7:00 pm.  See you there!