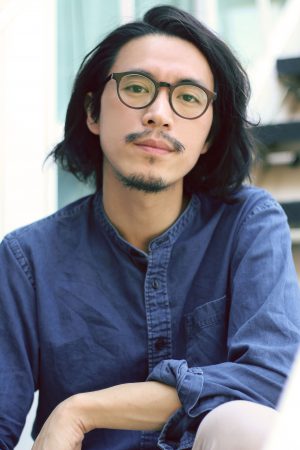 Nattawut Poonpiriya นัฐวุฒิ พูนพิริยะ graduated with a Masters of Fine Arts in stage directing from Srinakharinwirot University. He worked on a variety of projects afterwards including television commercials and music videos before directing his first film, Countdown (2012). This film won awards at the Thailand National Film Association Awards.

Bad Genius, his second film, was selected as part of 2017’s Toronto Reel Asian International Film Festival programming. The story about a high school student cheating at school and during an international exam resonated with many audiences. After its release in May 2017, Bad Genius became Thailand’s highest grossing 2017 film and hit number 2 in the Chinese box office.

Ricepaper Magazine caught up with him to ask him what inspired Bad Genius, the academic pressures on children and advice for inspiring filmmakers.

JF Garrard: What motivated you to tell this story?

Nattawut Poonpiriya (นัฐวุฒิ พูนพิริยะ): I wanted to underline the cheating issues that have been going on for a very long time in Thailand, but most people tend to turn a blind eye to them.

JFG: Can you describe the pressure or expectations on students to do well academically in Thailand?

NP: The pressure and expectations on Thai students are way too high. They (society) sometimes seem to undervalue the importance of accumulating adolescent experiences. They focus too much on grades than actual learning.

JFG: Do you have any messages for students or parents?

JFG: How did the audience in Thailand react to this film versus internationally?

NP: Both domestic and international audiences seem to admire the good entertainment value of the film, which I’m grateful to hear about it. As for other elements, the feedbacks are quite varied, depending on different groups of audiences.

JFG: Do you believe that people in Thailand think that success is easier to achieve abroad?

NP: Some people do, and others don’t. It depends on various controllable and uncontrollable factors.

JFG: As someone who went abroad yourself, do you feel different returning to home?

NP: I’ve learned that when we grow up – we, as a human being – we are not only a part of a city, but the city will also become a part of us. And no matter how many cities we have been living in, the vibes of each one will accumulate inside us and help shape who we are.

JFG: How long did this project take from script to finished film?

JFG: Any difficulties in production along the way?

NP: The shooting time we could spend for each scene was very limited. However, with that pressure in real life, it turned out to be good effects on building the tension within the characters and create thrill to the film.

JFG: What advice do you have for aspiring filmmakers?

NP: Do not try to be like anybody else, just believe in yourself and listen to your own voice.

JFG: What’s your next project?

NP: I’ve now been enjoying making TV and internet commercials. There is no feature project at the moment.