Oh, it has its triumphs,

But look at its countless defeats,

— Wislawa Szymborska, “On Death, Without Exaggeration” 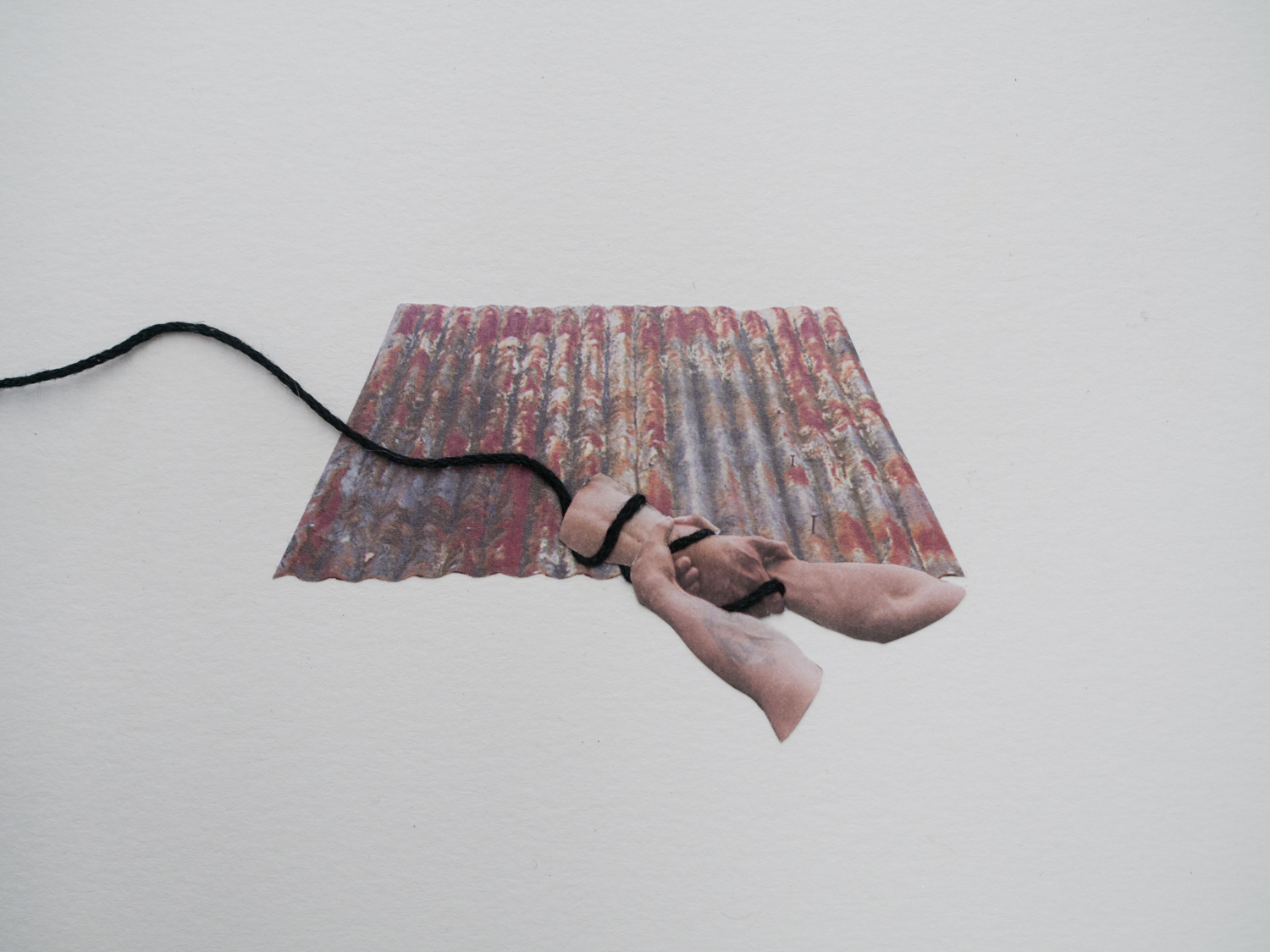 The room was dank because the plywood walls were not thick enough to keep Tatay’s house warm. I was lying half-awake on my bed listening to the sound of the rain pouring rhythmically on our tin roof. Maya woke me up. “It’s time for his bath,” my sister said. “You still have to fetch your plane ticket today.”

Inside the room across from mine, a half-dead man lay on a single wooden bed. He was skin and bones, barely breathing. A grown-up baby in an extra-large diaper, his eyes were dull, empty, and perhaps blind. Was he asleep? It was hard to tell.

Because of Tatay’s bedridden state, his wounds had rapidly become deeper and larger, but tending to them—washing, applying ointments, dressing with gauze—did not bother me. It was easy to move him around. He weighed only about 80 pounds, not even half his weight when he was still active. A former instructor of Kun Tao, a Southeast Asian martial art, Tatay trained dozens of students including myself. Despite being a little grade-schooler who could barely keep his square stance, I squatted beside him day after day, shadowing his swift yet robust movements as though compelled by his deep voice, sinewy arms, and concrete knuckles that seemed to puncture space with every straight punch and slanting chop. But that man was no more.

My days had become routine. I bathed him, tended his wounds, checked his blood pressure and sugar level, injected him with insulin, blended his food, fed him using the rubber tube in his nose, and changed his diaper as needed. We had been in this situation for almost half a year since he’d been discharged from the hospital. No one in this world can save him now, the doctor had casually told us. So we decided to bring him home.

Tilting the window open, I let the wind stir the deadened air. Shrugging her round shoulders, Maya excused herself to attend to her children who had just woken up and were now menacingly yelling her name. Avoiding the newly-tended wounds, I wiped the dying man who appeared to be staring blankly at a patch of peeled paint on the ceiling. “I need to go back to Canada soon,” I said, my lips touching his ear. “Aren’t you going to stop me?” I waited for a reply, but as expected he did not even move his lips.

My nephew and niece came barging in still wearing their pyjamas, slamming the door against the wall—an attempt, I surmised, to startle the dying man in the hope of receiving the smiles and hugs and kisses that used to welcome them. As far as they were concerned the sight was as surreal and sorrowful as watching their favourite amiable dinosaur, Barney, lying helpless on a deathbed. Disappointed as usual, they then leaned at the edge of the bed and performed their daily routine close to the dying man’s ear.

“Handsome grandpa,” they started singing. “Please don’t cry. Don’t you know we love you very much?”

Clapping enthusiastically, I requested for an encore.

“We’ll sing for you later,” my niece said.

They hurriedly kissed the dying man on the cheek and hugged him. Then they kissed me on my cheek and left the room. It was  clear that their young hearts were not yet strong enough to brave the inevitable outcome. Even Bruno in its solemn grief sat obediently in one corner of the room and spent moments of silence with its dying master, shuffling up on its feet and barking only when alarmed by deep coughs.

I closed the door behind me. Sinatra or Orbison? It was my turn to sing.

After picking up my plane ticket later that day, I strolled along the bustling streets of Malate, and like an exhausted pilgrim chancing upon an oasis in the middle of a desert, I felt relieved to see my figure reflected on an opaque glass façade. My existence was not merely a nightmare. I phoned Jules, a high school friend, who reluctantly agreed to meet me at a pub in Adriatico.

“I know this is none of my business, but I’ve meaning to ask you some—”

“Why did your family even have him operated on?” he said, nibbling a bowl of peanuts.

“The doctor already said that there’s nothing that could be done, that the chance—”

“Aren’t we all doomed to die?”

“C’mon.” he said, offering me some peanuts. “You know what I’m talking about.”

“We just bought him a bit of an extension, that’s all.” I refused his peanuts.

“You see, the fact is that keeping him alive has already cost your family money that you don’t even have. Not to mention the emotional and mental burden of taking care of him. Just look at yourself.”

“So you’re suggesting that I should pull the plug?”

“If that’s how you want to put it, then yes, pull the plug.”

“Easy for you to say. Would you pull the plug on your mother?”

“You’re making it sound like it’s a moral lapse—”

“If it means saving someone I love from further torture, I’d definitely pull the plug. Just imagine what he’s going through!”

“One feels nothing when one is in coma,” I said. 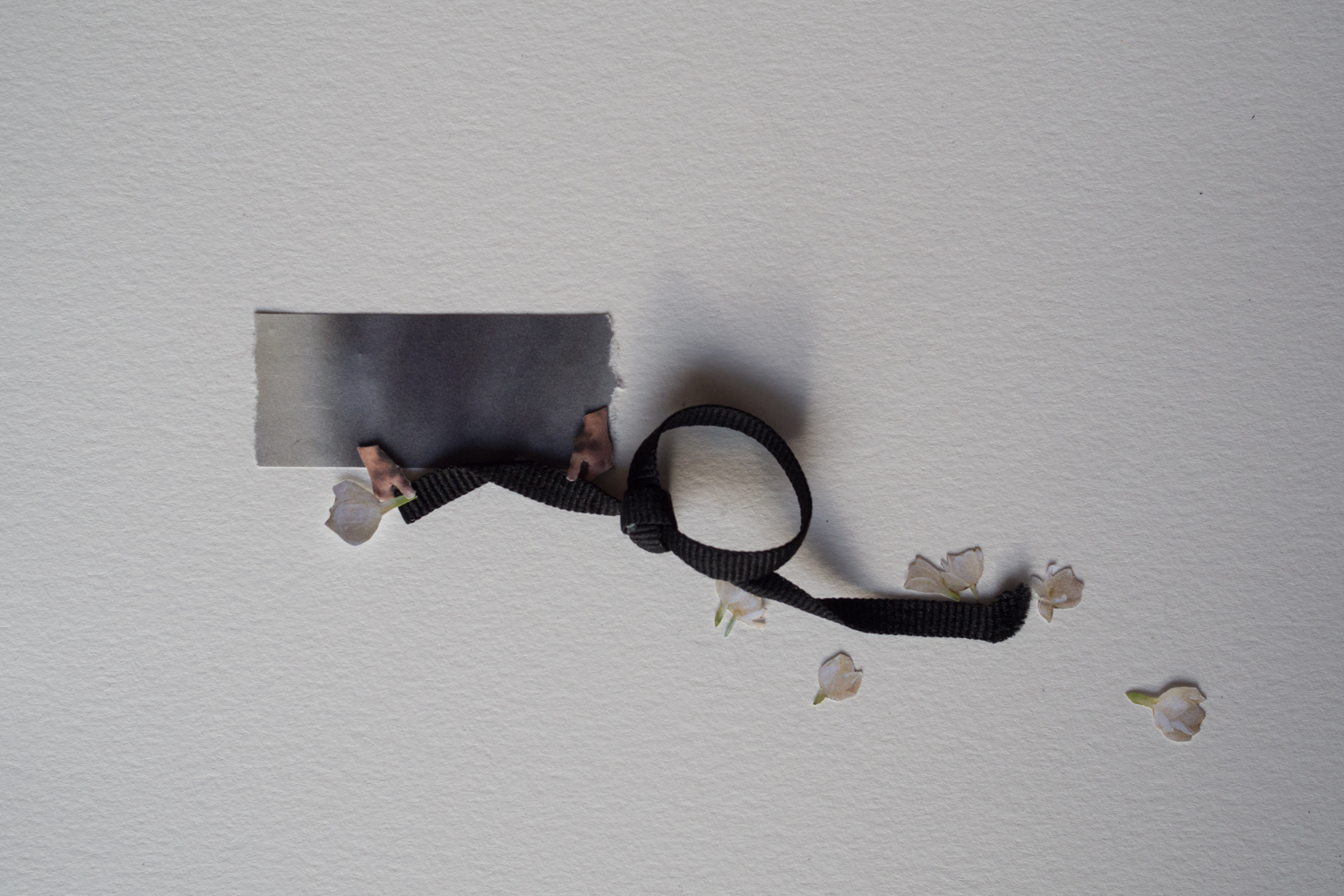 Almost paralyzed by his honesty, my mind drifted to an incident that had occurred about five months ago when miracles were still possible. Realizing that the dying man, who had always been adamantly against body art, had lost the ability to perform his karate skills, I had his last name tattooed across my upper back (in Old English font, each letter as big as a playing card) which I then presented to him, the letters still bloodied and swollen. To my surprise, he gripped the metal rail at his bedside with a clang and sat up on the cushion with his eyes wide open. He raised a trembling arm only to slam back to his bed like a massive pile of dough before waving what looked like a clenched fist. How could he, who had been declared to be in coma after a cerebral aneurism attack, be spurred into motion by his sheer intent to hit me and perhaps erase the fresh ink on my back?

“He’s refusing to die,” I said, snatching the bowl of peanuts. I gestured at the bartender.

I drank until I was numb, and before midnight, reminding me of my responsibilities, Jules paid the bill and shouldered me into a taxi home.

Opening the lopsided door, I found my sister crying, her broad back being stroked by an aunt. Some of our neighbours were there, too, murmuring to themselves. Everyone turned their eyes on me as soon as I entered the door, as if wanting to tell me something but not having the courage to do so. I dashed towards the dying man’s room, pretending that I had no idea what was happening, hoping that I would still find him on his bed waiting for me.

The moment I feared the most had come—the bed was stripped; the dying man was gone.

When I exited the room, almost everyone present, considerately taking turns, started blurting out appeasing statements. That it was his time. That he was in a safe, happy place now, most likely already getting drunk with my ancestors. That he lived his life to the fullest, so there was no need to frown. That everything happened for a reason, for God had planned it all. “God knows what He’s doing,” a neighbor concluded, pointing a finger to the heavens. “Trust Him.” But none of them mattered to me, so when Maya told me that he was driven in ambulance to Philippine General Hospital I left at once.

At the emergency department, my brother in law was waiting for me. “When was Tatay born?” he asked, filling out a form.

“Just tell me where he is!”

Struggling free from his grip, I forced my way through the crowded hospital hallway and found the dead man lying on a lowered stretcher, surrounded by people who had not taken notice of him. I wrapped him in my arms and kissed him. I cried in front of him for the first time in years, knowing that he could not feel my tears on his cheeks.

Hours later the wake was set in an old funeral home. The smell of jasmine wreaths and rotten wood flooded the dim, narrow room. Gathered behind me, Maya and some relatives were beading rosaries. In a corner, a group of matrons was playing mahjong.

Prayers and bets were uttered simultaneously.

I looked closer at Tatay’s framed picture, the sole palpable proof of his prime. Sleek as Chuck Norris, he posed in his black-belted martial arts uniform. Then hunching over, I glanced at the dead man with pink cheeks and red lips that lay silent inside the casket.

Wearing a familiar barong, its resemblance to Tatay could no longer be denied.

Marc Perez is an immigrant-settler on the unceded territories of the Musqueam, Squamish, and Tsleil-Wauthuth First Nations. His creative prose have appeared in Ricepaper Magazine and PRISM international 56.3. His poems and short story are forthcoming in TAYO Literary Magazine, Issue 8.

Born in Manila and raised in Toronto, Kristina Corre is an analog collage artist and illustrator currently based in Ottawa. She’s into creating quiet, minimailist works that give viewers’ minds the space to wander. ➤ kristinacorre.com​ / @kristinasees