As one of the largest economies in the world, for years now people have been going to Korea for “WITS” – Work, Investment, Travel or Studies. The country has become a magnet of migration like Canada which has now had decades of experience with this subject. Here, it has taken rivers of blood, sweat, and tears to reach “Can do better, long way to go.” Korea presents an intriguing sociological case with similar and dissimilar dynamics.

Once upon a time in my twenties I was tired of Vancouver. I kept hearing compliments like ‘top this,’ ‘best that,’ ‘most something’ and I started questioning why. It was the only town I had ever lived in, had ever known, and it was not exactly utopia in my eyes. I needed to see what else was out there.

Then opportunity came along. It called itself “ESL Education” and I started taking steps to build a career in this field. Along the way, I made some friends who re-united me with food like Tteok-bokki (떡볶이), which I enjoyed once as a child but never knew the dish’s name or that it was Korean. I also decided to do something about the expectation that I (based on my face) knew an Asian language (although I did not). When I learned that Hangul was an alphabet system not unlike English, this, along with my surging interest in K-Pop, brought on a desire to learn Korean. Altogether, these and other reasons like ‘efficient and well-priced public transportation’ led me to Seoul, which I would call my home from 2004 to 2010. 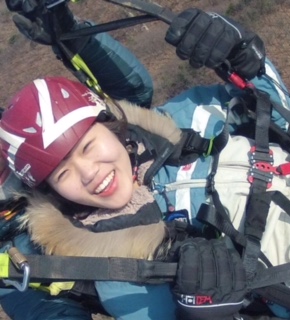 Before the move, my impression was of a homogeneous society where everyone (everyone) came from the same cultural and genetic background. What I would learn was that despite hearing constant references to ‘one people,’  Seoul’s metropolitan area then (and presumably even moreso today) was home to groups from all over the world, not unlike Vancouver (albeit with smaller proportions). I would have countless multicultural experiences there that I never had in this city, supposed poster-child for the global village. I have always wanted to know more about these Korean stories and compare them to migration narratives here.

Ricepaper’s very own April Lee has introduced us to Yeoran Kim, a journalist who is covering the migrant experience in Korea. We interviewed her and gained a great deal of perspective on experiences here versus there.

This is our first installment of Ricepaper’s WITS series where we will look at 4 key reasons why people leave their homeland. We will delve into themes of migration, identity, and inter-cultural relations as they relate to Work, Investment, Travel, and Studies. Stay tuned for more as we continue to explore what goes on in countries that are a lot closer and similar to us than some may think.

The following interview was translated by April Lee.

What inspired you to explore the migrant experience in Korea?

On my working holiday in Australia, I found that being a foreign worker is not that bad. Everyone is within the boundaries of the law. I was treated well and my income was not bad either. But I knew this was not the same for foreign workers in Korea. During my time as a journalist, I was able to take a closer look at minority populations in Korean society. I recognized that the Korean media never covers these stories deeply. That is how I got involved with this subject matter.

What limitations do these people have exactly? What issues do they face?

To start, here is some background: There are about two million foreigners in South Korea at the moment. Half a million of them hold work visas and a million of them are illegal migrants. My articles cover those legally permitted to work in the country. As for issues:

No Freedom of Resignation

Although they are permitted workers, they do not have a right to quit their job without employer permission. If they quit without employer approval, they become an illegal migrant unless their previous employer reports them to the government.

They are “able” to change workplaces but the process is unbearably complicated. Therefore, the government is approached for help but the attitude of officials is usually rude and dismissive because (a) most of the foreign workers under the work permit system are not fluent in Korean, or barely speak the language at all, or (b) they work outside the city and are considered a small contributor and a nuisance.

It is hard to communicate with them so getting along is a distinct challenge. I believe a lack of freedom is the root of the problem for these workers.

Not only are most of the foreign workers not educated on basic labor rights, but regulations for foreign workers are weak compared to standards held for Korean nationals. 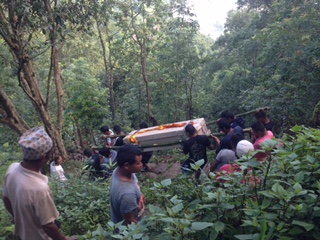 Funeral for a fallen worker

Although the law is set up, the punishment for the employer is so minimal that auditors see no point in cracking down on abusers. With illegal migrant workers, where the violation of labor law is even more common, it is natural for a worse working environment to form. In 2005, the first attempt to create a migrant workers’ union was rejected, but after 2015, it finally passed the Supreme Court. Until that moment, there was no freedom of speech and assembly for them.

*The more points a person amasses, the easier it is to secure a worker or financial aid.

Acquisition of Citizenship and Permanent Residency

The contract period for a foreign worker is usually 4 years and 10 months**. That is quite a long time. The worker will request family visits but the approvals are always blocked.

As I know, in Australia, you can apply for permanent residency if you work for a long time in a company. But in the case of Korea, if you work for years and have passed the Korean level test, you will just be able to work again for 4 years and 10 months. “I use you for your labor.” That is all.

**Four years and ten months may seem like an odd, fractional length. At exactly 5 years, one qualifies to apply for citizenship.

The work permit visa system is broken down into manufacturing, fisheries, farming, and service industries. Workers cannot change the industry linked to their visa. The main problems are with fisheries and farming due to their isolated locations. Because population is sparse where they work, these areas get overlooked. 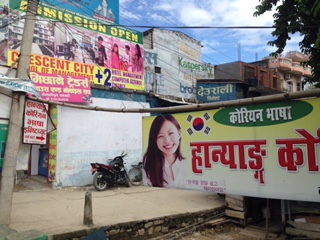 Furthermore, according to the labor standards act, it is not necessary to observe regulations on working time and rest time for those industries. That is probably based on natural environmental conditions (weather) which make it difficult to work at prescribed times.

In addition, because of the above law, the employer does not have to pay wages if they make a fake report indicating the employee has rested for 4 hours. For a long time, the workers have not had a voice in this matter.

Why are these people choosing to leave their homeland in the first place?

Simple: Money. Nothing more. In the case of Southeast Asians, working abroad is common. They go to the Middle East, Malaysia, Taiwan, and China but Korea has relatively higher wages, a comparatively better labour environment, and better living standards.

To learn more about and contribute to Yeoran Kim’s project, click here. For the original Korean text version, you can click here. For assistance, feel free to contact April Lee at april.lee@ricepapermagazine.ca. All images courtesy of Yeoran Kim.