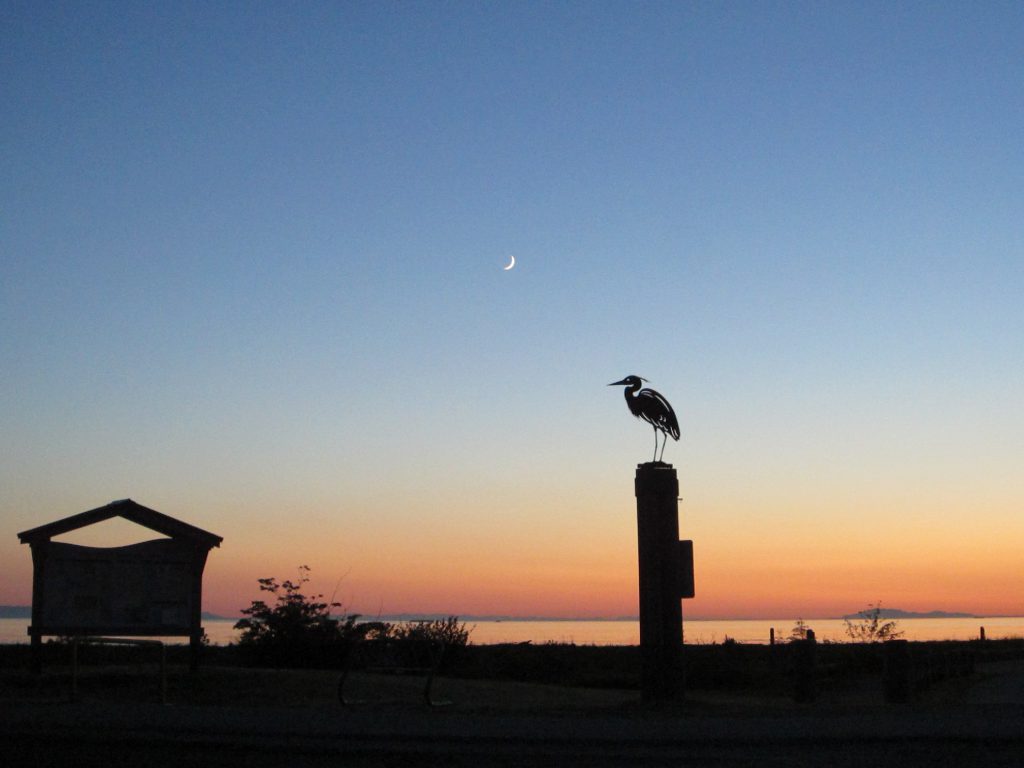 Rowena’s day used to start very early, long before the sky could conceive first light. She would see her husband off as he set out to sea, staying by the shoreline until the flickering lamp in his little bangka was swallowed by the blue horizon. If her son made it home without trouble, she would have a few hours of sleep. But by 3:00am, day after day, whatever the situation, it would be time to get back to work.

Rowena owned a stall in the public wet market. It was a carinderia, where she sold her sumptuous home-cooked meals, mostly to jeepney and tricycle drivers. She also had a handful of regulars who stopped by on their market day.

“Oh, she cooked so well,” Mang Ruel said. He had a faint smile in his eyes, as if he could already taste his wife’s famous cooking. “I do miss her cooking a lot,” he chuckled, almost embarrassed. “The old lady she’s taking care of now? Oh, she got fat! She showed me the pictures!”

Rowena moved to Calgary in 2012, after a long process of acquiring a temporary work permit. She went through the rigors of an employment agency, spent all the savings she and her husband had been putting aside from their meagre incomes to pay for the fees and flew over to become a caregiver. It was her first time on a plane.

Mang Ruel and Rowena both grew up in Concepcion, Occidental Mindoro. It is a sleepy town southeast of Luzon, Philippines, cradled between vast rice fields and the expanse of the Mindoro Strait. I remember driving through it on my way to go scuba diving at Apo Reef, the world’s second largest contiguous reef system. Nipa huts sat alone in the midst of budding palay, their tall growth creating an unbroken carpet of green from the distance. It was a quiet town. I remember feeling at peace there.

Now, almost four years and a “permanent resident” status later, Rowena was able to sponsor her husband and younger daughter across. They braved the chaos of Manila to fly directly to Alberta to reunite with her. It was also their first time on a plane. I couldn’t even begin to imagine the shock that would greet them once they landed in the throes of winter.

She’d much rather spend her time traveling, enjoying the freedom, and seeing her grandkids as much as possible.

“Oh my goodness, you and your daughter, oh you will get fat in Canada!” Tita Clarissa, another passenger on our flight, exclaimed. The woman was sitting beside Mang Ruel’s daughter, on the opposite side of the middle section of seats. Her girth filled the narrow airplane chair as her legs stretched into the aisle. She was wrapped like a cozy burrito in a lush velvet shawl. She kept one hand on her chest the whole time she spoke, as if eternally communicating something of the utmost importance. The giant South Sea pearl on her ring certainly thought so.

“You’ll be living the good life!” Then, as if checking herself, “A better life.” Mang Ruel half-nodded, half-shrugged. He hoped so too.

Unlike Mang Ruel, Tita Clarissa had been commuting to Canada on a quarterly basis for almost ten years. Her daughter received her MBA at Queen’s University and while studying fell in love with and married a Chinese-Canadian classmate. They now lived in Shaughnessy with two kids. Tita Clarissa absolutely adored them, stating that she couldn’t spend more than two months without suffering withdrawals from being away from her lovely grandchildren.

“I haven’t visited in six months actually. so I miss them already so, so much!”

“My husband and I went on a European cruise so I thought to postpone my trip and just go on one long one this time around.”

“Oh, it’s not luck at all!” the lady said, without defensiveness. Instead, it had a hint of pride.

She told us about being a young mother in 1970s Manila, when women of her status were expected to be high society butterflies or Stepford wives. Being a stubborn lady and growing up with an unflagging sense of empowerment, she decided that she wanted to become a businesswoman instead. With the help of her already established and much more experienced husband, Tita Clarissa started a small textile-distribution company.

She roamed Hong Kong’s Temple Street night after night before it became fashionable to do so, occasionally pausing to enjoy the buskers and street performers that made it their space in the 80s. She would flit in and out of the little stalls in Singapore’s Arab Quarter, blood rushing to her head and her heart pounding double as the heat and sheer volume of fabrics closed in with every step. But she would never forget that curious feeling of exhilaration. Several times she even haggled herself hoarse with the merchants of Jaipur, both out-shouting each other in joyful battle in a bout to come out on top. And of course there were the countless cups of cappuccino and glasses of champagne in the cafes of Milan and Paris, in between weaving through boutiques and meeting with potential suppliers.

She considered herself retired now that her second daughter had taken over the business. She’d much rather spend her time traveling, enjoying the freedom, and seeing her grandkids as much as possible.

“Do you have a house in Vancouver too?” Mang Ruel asked her.

I inwardly shook my head. My boyfriend was stressed out trying to purchase a condo amidst the insanity of the Vancouver housing market. Houses were a different story altogether.

“Oh, that’s too much!” Tita Clarissa gave Mang Ruel a briefing on the current housing situation. “Besides, when I’m with my daughter I stay in their basement suite. I have my own entrance, my own kitchen, and living room. They even had the bedroom remodeled so my husband can have some closet space left!” She howled at the thought.

We were here for the potential to improve our lives, to pursue coveted opportunities, and maybe even fulfill our hearts’ desires.

I turned to Mang Ruel’s daughter, curious about what she knew about her new living situation. “Have you seen pictures of your new house?”

The young girl nodded shyly. She was about eleven or twelve, and had that look of slow simmering terror, but also of willful curiosity. I wondered which would dominate as she grew up in a land of openness, privilege, and opportunity. I certainly know which side of me has bloomed since Canada started becoming more and more of a home.

“It’s a small house with a fireplace. I’ll have my own room! And my brother will too, when he joins us one day,” she answered. “My room will be blue, like the ocean.”

I told her to print out photos of the ocean too, in case she started to miss it in her new inland home. She nodded vigorously at the suggestion.

“What about you, hija, what brings you to Canada?” Tita Clarissa asked me.

I paused to ponder about where to begin my story. It could begin in Malaysia, where I met my Canadian boyfriend almost three years ago. Or it could begin at the initial rejection of a tourist visa, which certainly didn’t make our long-distance situation easier, yet defined it all the same. But all that feels irrelevant now. We’ve started to plant some roots in Vancouver, in a humble but comfortable condo on the North Shore. I’m in the middle of completing my second university degree, trying to beat the immigration system while integrating into the community and, more importantly, as a way to pursue a dream career that could never get me anywhere back home.

Rowena might have come to Canada for a new lease on life, followed by her husband and daughter. Tita Clarissa might have come for pleasure and variety. And I might have come, at least initially, for something as trite and as complicated as love. We were three very different Filipinas with our own unique stories. But when I thought about it, despite our histories and trajectories, we were all here for the same reason: potential. We were here for the potential to improve our lives, to pursue coveted opportunities, and maybe even fulfill our hearts’ desires.

“What brings me to Canada?” I chuckled. “Where do I even begin?”

Julia Escaño is a newly-minted Vancouverite, having just moved from Manila, Philippines in August 2017. She can’t get enough of the mountains and the waters, but she wishes more restaurants opened past 10 p.m. (she is a night owl). She is a student of Creative Writing at the University of British Columbia, where she likes to explore stories of the Filipino diaspora and Filipino identity within the Canadian narrative.