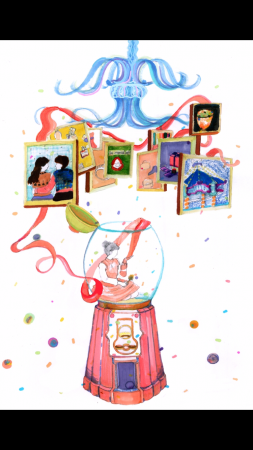 “He who goes out weeping, bearing the seed for sowing, shall come home with
shouts of joy, bringing his sheaves with him.” – Psalms‬

kuala lumpur | houston, 1981.
they say these streets
were paved with aspiration.
the ranches are far from
our cul-de-sac. at church
the peace shows who was
here first. dusty staircases
nestle an ornamental clock.
the angklung is beside the
piano and the swords
above the organ. there
is turkey in the jook and
lapchung in the stuffing.
it’s burrito not popiah,
skewers not satay, but at
least their names don’t
have to change.
new york | singapore, 1997.
marriage was an episcopal
church in a concrete borough,
envisioned in faded photos
on a living room cupboard. in
traded cityscapes emerge
questions of what it means
to taste perennial unease. for
there is no continuity in
sweat-stained uniforms, in
red-scratched booklets and
stripe-smeared faces.
automated welcomes ring
hollow, but the newscasters
who bow and the wafting
smoke and the whispers
good night let me know
that i’m home.

Jonathan Chan is an undergraduate at the University of Cambridge reading English. Born to a Malaysian father and Korean mother in the United States, Jonathan was raised in Singapore and sees his cultural tapestry manifest in his writing.