Angelic Pretty is an apparel brand specializing in “Lolita Fashion,” which originates from Japan. Angelic Pretty specializes in adorable clothing covered in lace, frills, and ribbons to transform their customers into fairy tale princesses. Influenced by Victorian clothing and styles from the Rococo period, this way of dress has spread beyond Japan and is frequently seen at different conventions throughout the world.

At Anime North in Toronto, Ricepaper Magazine spoke with Angelic Pretty Designer Chisa, who was there to represent the brand at a fashion show and convention store booth. 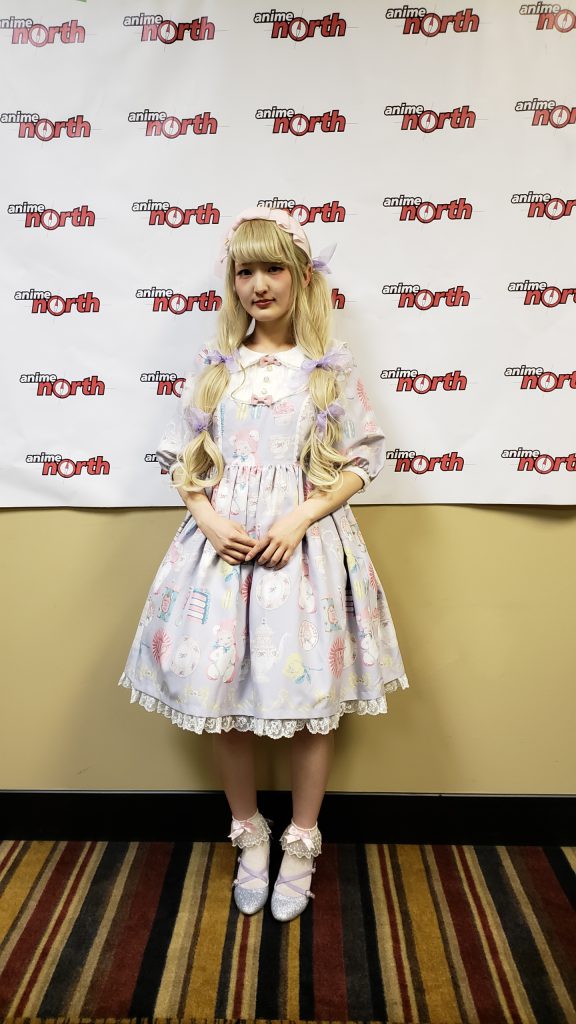 Ricepaper Magazine, JF Garrard (JFG): Can you explain what Lolita fashion is to the general audience?

Angelic Pretty, Chisa (C): Adorable fashion decorated with ribbon and frills. A lot like the clothing you see princesses in a picture book wear.

JFG: When did Lolita fashion start to get popular and why?

C:  In the 2000s in Japan and abroad, this way of dress became very popular and known as interesting fashion. This type of fashion became popular when it was used in television dramas and magazines. It was known as Harajuku street fashion.

JFG: What is the design process for Angelic Pretty?

C: We make the designs, create a sample and then we ask our factory connections to make more for selling. There are multiple designers working for this company.

JFG: Where do you draw inspiration from?

C: We are influenced by the Rococo period of history, but not everything, as modern things are also incorporated into design elements.

JFG: For a newbie, how much should they budget per outfit?

C: For an Angelic Pretty outfit from head to toe, it would cost approximately 100,000 yen.

JFG: Are there any trends going on right now?

C: The trending color is grey and in terms of fabric, chiffon material clothing is popular. Gradation is also popular.

JFG: Thank you for enlightening us on Lolita fashion!