I was searching for the poet when I found
the man who’d opened fire in a church in Texas.
He shot and killed twenty-six people that day—
mothers, fathers, sons, and daughters. A woman
with a baby inside her who would never enter the world

whole. I began again. I found the poet and his words
but now with the weight of all those who’d died.
I think about how our bodies lay all those years
in the same bed, not touching. How I wanted him
to want me. Now I see what he couldn’t bear

to touch was himself. How he couldn’t look me
in the eye and not see his body like a mirror.
Still, my body was blood and guts and heart. How
I would sigh if his skin brushed mine in the dark. And
how, if he’d pressed against me, I’d have crumbled into dust. 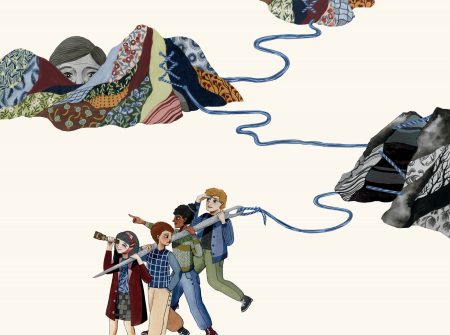 Eileen Chong is an Australian who was born in Singapore of Chinese descent. Her poetry collections are Burning Rice (2012), Peony (2014) and Painting Red Orchids (2016).  Chong writes about food, family, migration, love and loss. The Singaporean-Australian poet Boey Kim Cheng has said that ‘Chong’s work offers a poetry of feeling, rendered in luminous detail and language, alive to the sorrows and joys of daily living.’ Her work has short-listed for numerous awards, including the Anne Elder Award 2012 for a first book, the Australian Arts in Asia Award 2013, the Australian Prime Minister’s Literary Award 2013, and most recently, the Victorian Premier’s Literary Award 2017.