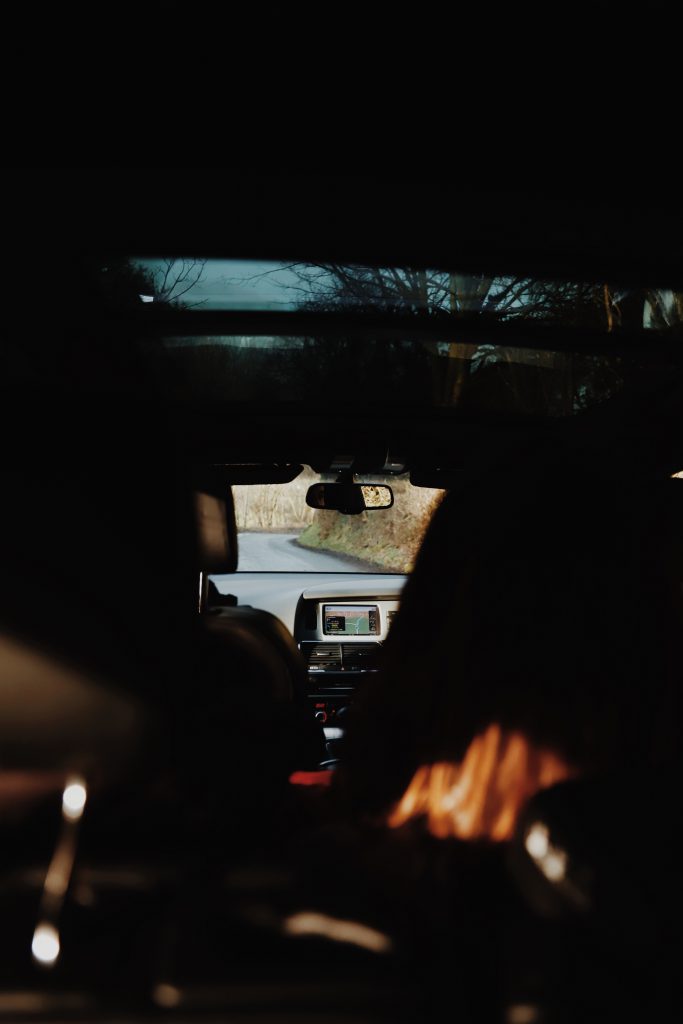 I was just a child in the backseat of the car. It was an old Honda civic. Grey in colour. My mother was driving. I don’t remember where we were headed. I don’t remember anything else of that day, except that something had caught my attention, and it is a moment that I have thought back to many times in the twenty-plus years following. What caught my attention was my reflection in the rear-view mirror. Through those young eyes, I remember seeing myself, recognizing my Chinese ethnicity, and being startled. I was six years old.

Shortly after, I remember a moment where I stood a few feet away from the dresser, curiosity wide open, staring at the face of my little self in the large mirror stationed within my parents’ bedroom. I remember thinking, why is this Chinese face speaking English.

I don’t know what spurred the question. It wasn’t like I had never looked in a mirror before. But in those moments, I formed the first significant question in my life that I ever had about myself and my sense of self. It was like a variation of the longstanding question from countless movies where the lead actor asks, “Who am I?”

I shared my query with my mother at the time that it occurred, puzzled about a Chinese face speaking English. She responded by saying that I was having an identity crisis. How I understood what that meant I will never know. But I must have grasped the context of that phrase. I don’t know if my mother followed up on her observation with any explanation or reasoning to me. If she did, it didn’t register, for I have no further recollection of that conversation.

I was born in Hong Kong. My parents had immigrated and brought me over to start our lives in Vancouver, B.C., when I was just a year old. We had moved here to be close to my maternal grandparents, who had themselves immigrated to Vancouver decades ago.  In the years following our immigration, Cantonese remained the only language of communication that was used in my upbringing until I finally began primary school.

“Does Stephanie speak any English?” my kindergarten teacher asked. I didn’t, but my mother assumed that I would pick it up quick enough. And she was right. It’s not difficult to learn a new language when you’re that young.

The question of why that little Chinese face was speaking English, though, continued to plague me all throughout my life as I grew older. I struggled constantly with trying to identify with which culture I truly belonged to. Was I Chinese, or was I “English”? I desperately tried to stay connected with my native ethnic culture by staying up to date with Chinese entertainment. I was on top of all the new songs, always aware of which new Hong Kong soap operas had just come out, and I knew all the artists. I stayed among the top of my class in Chinese school, making more out of my long Saturday afternoons (two hours of Cantonese schooling, followed by two hours of Mandarin schooling) than many of the students my age. At the same time, throughout all this growing up, my western education continued to shape, mould, and change me. As an eight-year-old, I did what they always tell you not to do—I judged a book by its cover, picked up a novel purely because of the illustration of a dog on its front jacket, and through this sheer luck, found myself drawn into the pages of the beloved Canadian author Jean Little. I fell in love with reading from that book onwards. I excelled in my English classes throughout high school. I went on to a prestigious university on the east coast of Canada and obtained an Honours Degree in English Literature. This achievement was one of the happiest moments of my life and yet, at the end of all that growth and time, I still struggled with understanding and coming to terms with my identity as a Chinese-Canadian. I had always applauded (literally and metaphorically) all things multicultural without truly understanding how I fit into that picture.

Looking back, I see now that my thought process, and my level of understanding, got stuck within some rigid parameters. And because I didn’t have the ability to reason myself out of those parameters as a child, I carried them with me all throughout my life. I thought that the language that you speak, should match the face you were born with. If you were Chinese, you spoke Chinese. If you were Caucasian, you spoke English. There was no middle ground. But, of course, there was. I was living that middle ground everyday. I just didn’t know how to appreciate it, and I didn’t know how lucky I was to have one. That I could jump from one language comprehension to another, and thus open myself to two different worlds. That I could straddle between two cultures that came to an intersection in my own world.

Everyday, there are people who try so hard to pick up and learn a new language just so they can partake in that same joy. They, too, want a chance to connect with more than one culture and ethnicity. It would have been nice if I could have understood that joy at a younger age so that I wouldn’t have had to struggle so long with the desire to identify and belong to just one or the other. But it’s never too late. I have a whole life of middle ground to live upon yet, and all the more to appreciate for it when I look back to that afternoon in the car, when I first wondered about my reflection in the rear-view mirror.

Stephanie Lo was born in Hong Kong and currently resides in Vancouver, BC. One of her favorite hobbies is writing letters to friends and family around the world. Her condo recently installed a new mailbox, and she is fairly certain that only items for pick up that the postman ever finds in there is her outgoing mail.