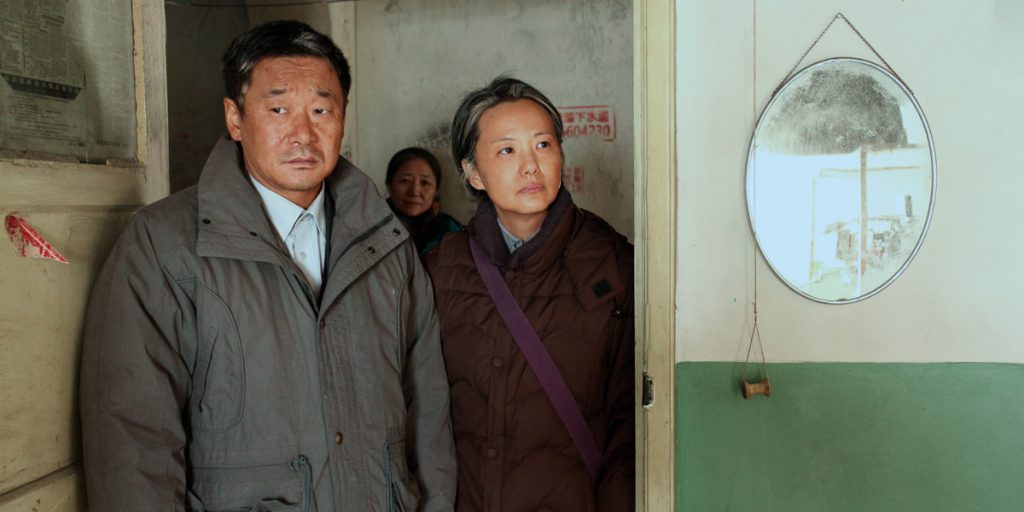 Asian films that first premiere at the Berlin International Film Festival each February tend not to travel to Toronto in September. The reasons vary, but it’s often down to matters of taste, or to political considerations such as pride, which will sometimes prevent certain festivals from screening leftovers after a rival festival has taken a bite. On average, films that are right for Berlin and its European audience—a bit arty, less crowd pleasing, and not possessed by celebrity—don’t play well in Toronto. So when Wang Xiaoshuai’s latest film, which premiered in Berlin earlier this year, appeared at TIFF for its first North American presentation, it was clear that this was one of those exceptions. Given Toronto’s somewhat spotty record of screening Wang’s dozen or so features since his directorial debut in 1993, its decision to program So Long, My Son this year had to be due to the film’s aesthetic merits at the very least. They made the right call. To date Wang’s longest film at a touch over three hours, it also ranks as one of his very best and most moving works. At Berlin, its two leads, Wang Jingchun and Yong Mei, won the Best Actor and Best Actress prizes respectively for their powerful turns as a proletariat couple consigned to a lifetime of grief after the death of their young son. 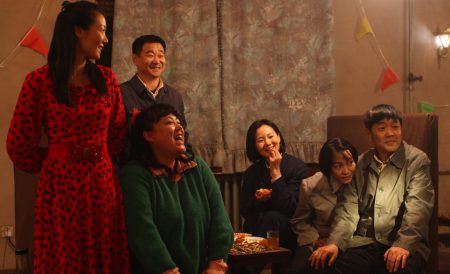 Wang’s story revolves around China’s now-defunct One Child Policy, first established in the late 1970s for population control and in force for close to forty years. This brand of social engineering may condition some couples to think and behave strategically, but is just as likely to catch others off guard when fate deals them a bad hand, so that the bitter effects are lasting. In a tender portrayal set over thirty years from the 1980s to the 2010s, Wang chronicles the intersecting lives of two married couples and their young sons, whose friendships become strained when a misadventure leaves one family bereft of their child. Like a pendulum set to a rhythmic pace, the film’s skilful editing swings the narrative gently between different time periods in the arc, while also chiming a series of dramatic revelations with subtle grace. Playing the other married couple, Ai Liya and Xu Cheng are equally matched in excellence to their leads, as are the handful of memorable supporting characters in this epic story. The film’s Chinese title adapts a popular four-character idiom “Tian Chang Di Jiu”, which has a literal meaning of “Heaven Lengthy Earth Lasting”, but which figuratively means “timeless” or “eternal”, and is used to describe things that endure in a romantic way. By reversing the two halves of the idiom, Wang foregrounds the mortal world so that the altered meaning removes all sentimental undertones, colouring the revision instead with quiet anguish and a lingering sadness.

For a while now, the prime example of Mainland Chinese filmmaking that has benefited from film festival exposure has tended to use the country’s breakneck modernity as fodder. It would be daring for independent filmmakers seeking global recognition not to exploit this rich history for content. China’s massive social and cultural change over the past forty years has exerted such a dominant force on its people that this movement continues to provoke creative responses to its varied contradictions. Wang’s instincts as a storyteller lie precisely in dramatizing the effects of this constant, which have resulted in a collection of cogent films fed by turbulent political traumas and degrees of autobiography. Although he has been on the scene for close to thirty years (his films have competed at all the three big European festivals), recognition sometimes eludes him. At the Q&A of TIFF’s second public screening of So Long, My Son, a man asked Wang if the film’s broad structure across time was inspired by the works of celebrated fellow Mainlander Jia Zhangke, also known for his sweeping commentaries on China’s societal changes. The man was likely referencing Jia’s last two films—Mountains May Depart (2015) and Ash Is Purest White (2018), which contained sprawling stories set against the backdrop of China on the move. Wang’s terse response was simply: “I am older than Jia Zhangke.”