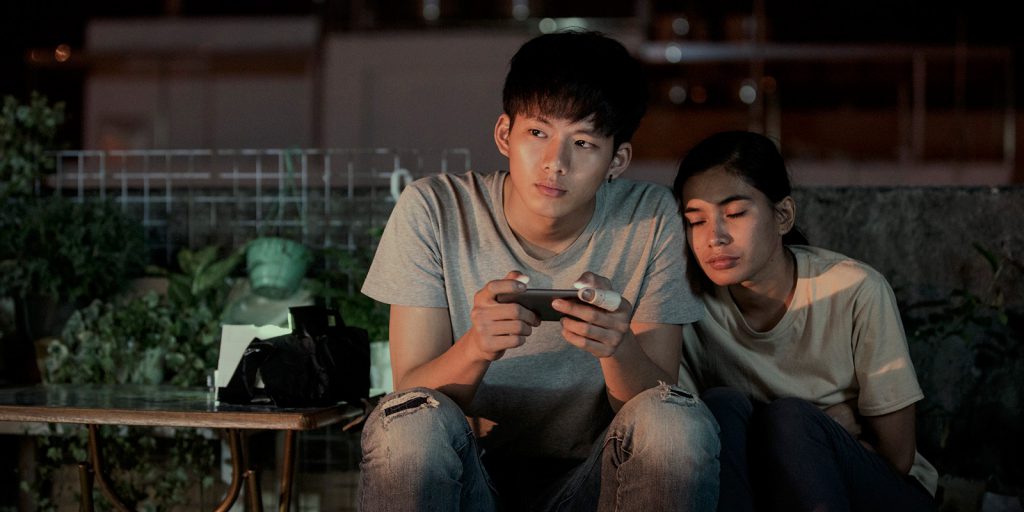 Taiwan’s contemporary cinema thrives with the personal story. Korean films glorify spectacle while Japan prefers its offbeat genre-benders. Contrary to this metric, Taiwan keeps to its path of elegant simplicity as it navigates through its perennial themes revolving around the tragedy of the human condition and that human connection is the cushion the softens the blow while dealing with the paradox that these same humans exacerbates the already heavy burden of life.

Boluomi is a meditative drama surrounding the unlikely intersection between a confused Malaysian-Chinese college student Yi Fan, making ends meet in Taiwan and Laila, a Filipina cleaner for a massage parlor, estranged from her family. While the write up highlights the platonic romance between the two, it misses the highly nuanced interplay between generational trauma, migration, and alienation as an outsider in a cold industrial country.

The film highlights the significance of the invisible Other that pervades in Taipei. Though Yi Fan still carries a significant amount of privilege compared to Laila and the heartbreaking Shue-Er, the Vietnamese masseuse at the end of her rope; his existential pain lurks within his memories as a displaced child growing up in the communist camp in the Malay jungle at the mercy of his desperate mother. What ensues is a dance of melancholy, the simple joys of connection, and the ultimate tragedy of human interaction– life is a revolving door of people coming and leaving, the only constant is the ambiguous notion of the self.

Vincent Ternida is an emerging author whose pieces have appeared in Ricepaper Magazine, Dark Helix Press, and was longlisted for CBC Short Story Prize in 2019. Ternida’s first novella, The Seven Muses of Harry Salcedo, was published by Asian Canadian Writer’s Workshop. He currently has a collection of short stories in development. He lives in Vancouver, British Columbia.