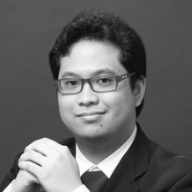 A day after Remembrance Day, the rain fell signalling the height of the Fall season. Clocks turned back an hour, daylight ends halfway through the afternoon, and only a few weeks remain before Vancouver’s book launch of Immersion, an anthology dedicated to Asian-themed science fiction and fantasy. One of the authors, I.J.P. Ruiz wrote the prologue of a longer form fantasy epic that spans three worlds including our own. The universe is entitled “Ternion”, and transport between such worlds are made available through the existence of portals.

Waking Fire, Ruiz’s contribution to Immersion is a high fantasy set in contemporary Philippines. It tells the tale of Josal, the affluent son of a landowner who becomes trapped in his place of birth as a conspiracy grips his family, forcing them to engage in an illegal smuggling operation in order to secure ancient artifacts for nefarious means. Josal, finding that he has godlike powers beyond his understanding, he decides to fight back against this conspiracy as well as discover the secret behind his power.

Vincent Ternida (VT): Why choose Waking Fire as a starter story to introduce your audience to “Ternion”?

IJP Ruiz (JR): As an author, it is to help me learn about the larger world I’ve created and to write about Filipino mythology. The setting is enough to fit into a short story setting, but large enough to embody my world. I only had 5000-6000 words to work with, so I had to make it count. Ternion has three worlds to explore, I decided to focus on a familiar one. As every world has different lores, different fiction genres, and different tech levels and biology. I wanted to test and see if I can fit this world into a story and so far, it fits into the larger scope of my world.

Furthermore, I wanted to reflect on myself about my feelings and perspective on the Philippines. I’m a self-imposed outsider as I wasn’t born or raised in there. I consider myself a full-blooded Filipino, however I don’t feel Filipino on the inside. I’m synergizing what little I know about the Philippines so it can touch on aspects of my attitude regarding the society, culture, and its history.

VT: What made you choose to focus on Filipino mythology?

As a person who finds himself in-between worlds, cultures, and stages of life: I wanted to write about people who find themselves in the “in-between”. These persons have one foot in both worlds. Their actions will either bridge that gap, shatter the bridge, or even rebuild that bridge. Josal is a literal bridge between the divine and the mortal in Waking Fire.

VT: How does your experience in the in-between inspire Josal?

JR: There are definitely parts of me in Josal. When I was writing Waking Fire, I felt interrupted by the processes and laws that I didn’t fully understand, such as the application for permanent residency here in Canada. I was growing frustrated and apprehensive with how it’s working. Some of those feelings got channelled into Josal but reinterpreted into a different context entirely.

Josal, however, is someone with the more Filipino background than myself. Because of that fact, I am able to research aspects of the Filipino experience from the Philippines. While I may have some experience regarding living there, it pales in comparison to someone who actually lived in the Philippines. Earlier drafts of the story had it in a more explicitly international setting, but it got complicated, so I simplified it to the story printed in Immersion.

VT: Why choose fantasy as a way to tell liminal experience rather than grounding it reality?

JR: In The Orphean Passages, the author alludes to the necessity of the myth– “In order to comprehend the experience we are living in, we must, by imagination and intellect, be lifted out of it. We must be given to see it whole; but since we can never wholly gaze upon our own life while we live it, we gaze upon the life that, in symbol, comprehends our own. Myth presents, myth is, such a symbol, shorn and unadorned, refined and true. And when the one who gazes upon that myth suddenly, in dreadful recognition, cries out, There I am! That is me! then the marvelous transformation has occurred: we are lifted out of ourselves to see ourselves wholly.”

I am also cautious about the authority I have to speak to specific details as someone who doesn’t live in the Philippines. I was more focused on trying to capture universal themes rather than specific experiences and settings. I’ve based the locale of Waking Fire on Tagaytay, but it’s not exactly Tagaytay because I don’t have the full details and experiences to write about the place. Furthermore, I took great pains to muddle the ethnic origins of the character names. I feel that readers who are more familiar with the setting would be taken out of the story if I didn’t do justice to the actual source.

VT: What is the future of Ternion?

JR: I want to learn more about the Ternion universe as an author. So I wrote another story set in the same universe but in a completely different part of the three worlds. I’m brainstorming ideas for a fantasy story featuring an elf-like character in a kingdom ruled and populated mainly by elf-like society. This is a completely different world from Earth as I want to create a fantasy without the familiarity of humanity that we know. However, I’m not discarding Filipino-ness here, if you could imagine Tolkien’s high fantasy elves, but they have Hispanic/Filipino mannerisms and cultural traditions and behaviors. Basically, subtle Filipino elves. I want to test the versatility of the universe, but as of now, I’m only brainstorming as I have a complete world, I sadly don’t have a story. My long term plan is I’ve envisioned Ternion as something with multimedia potential, but at the moment, it’s in a literary format.