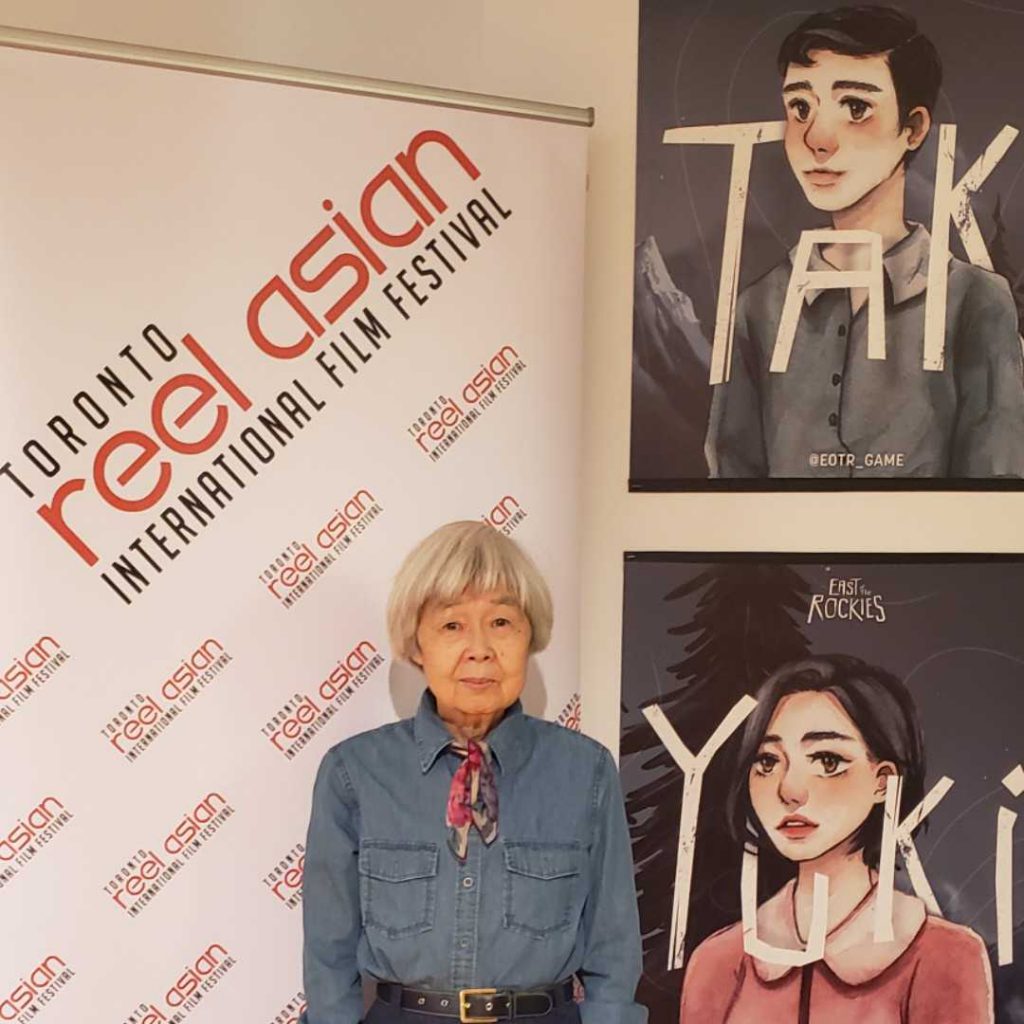 East of the Rockies was originally developed by digital production agency Jam3 and co-produced by the National Film Board. The AR experience is also available as an app in the Apple Store (at time of this interview’s publication, the cost is $5.50 Cdn to download) and users participate in an interactive story featuring Yuki, a 17-year-old Japanese Canadian girl forced from her home and made to live in the Slocan internment camp during the Second World War. Throughout the story, there is first-person narration by Joy’s own granddaughter, Anne which illuminates a different aspect of life in the camp, as documented in Yuki’s journal.

Ricepaper’s Deputy Editor JF Garrard caught up with Joy Kogawa to visit the East of the Rockies pop up experience and to ask her about her thoughts about this project, if internment camps could be possible once again and her message of forgiveness.

JF Garrard (JFG): Hello Joy, pleased to meet you once again. The last time we met was when you were a guest at LiterASIAN in Toronto (2018)! Can you just tell me a little bit about the project and how it came to be?

Joy Kogawa (JK): Well see J over there? He invited me to lunch one day and they (the Jam3 team) started talking about something and I didn’t exactly know what they were talking about. But I thought, okay, sounds interesting, and that’s how it started!

JFG: Were they involved with Reel Asian?

JK: No, they just wanted to do a story. They already had the title – East of the Rockies. They had in a mind a person who was maybe about 17 years old. So they had you know, in their mind something they wanted, and I wasn’t free to give them Obasan. So I just went along with it. There was interaction with them and a previous writer. It just sort of developed.

JFG: Why did they want to tell the story? Are the Jam3 producers Japanese?

JK: J is married to an Asian woman. I think he had read Obasan and felt that this would be a good story to tell, the Japanese Canadian story. But he wanted to speak to millennials, by using a person within that age range. So I began to imagine what that would be like if you were a teenager. It (the project) just sort of moved along.

JFG: How did your grandchild become involved?

JK: Well, when it (the project) was almost was done, they needed a narrator. So I thought she’d (my granddaughter) would probably be okay. She can pronounce Japanese words and everything, you know, so I suggested her and they (Jam3) said sure, and she just came over. Within two days she sat there and read the whole thing. They took the first take, it was just that fast. Everything was so fast. The writing itself for me was really fast.

JFG: Well, you were inspired!

JK: I was inspired!

JFG: How did Anne feel after, did she ask you more about internment camps?

JK: No, she was a kind of matter-of-fact, you know! She just came in, sat there, did it and left. But she is so smart.

JFG: Is she still in high school? (JFG thought she was same age as narrator of East of the Rockies).

JK: No, no, she’s in university at UBC. She loves it there. And she’s a really good writer!

JFG: Were there any hiccups at all? Or no, because you said it went by fast.

JK: The thing is, everything was a hiccup. Like so many people, I didn’t know anything about the process. I didn’t realize that if I changed something here and there, it’s an issue because there’s so much involved in the creation of something like this. They did a lot of editing too. It (the process) was very interactive. 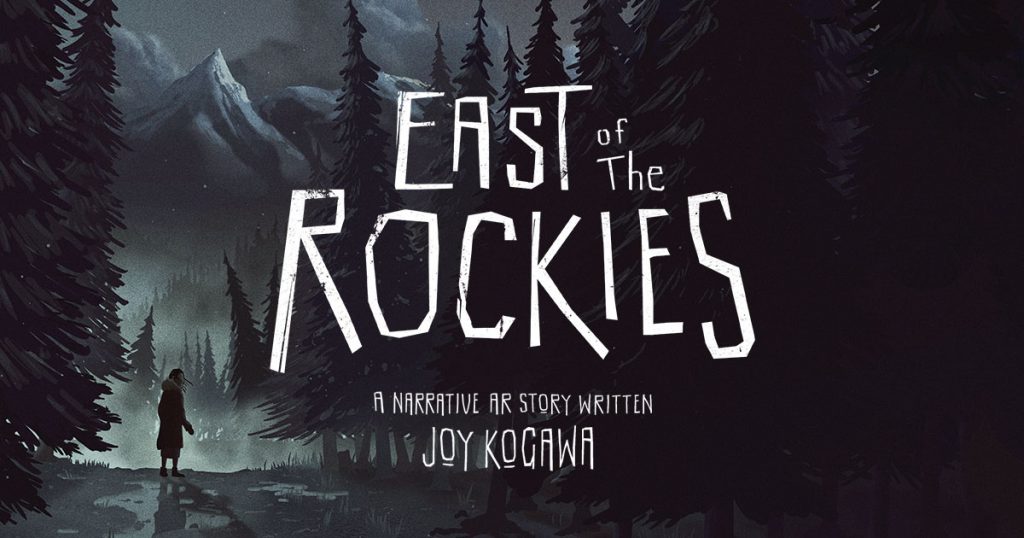 JFG: Do you think this will be a travelling exhibit? Will this be displayed at other film festivals?

JK: It’s an app. Which can be brought into schools. It will give people a look at something that happened, although the cartoony presence of it makes it look a lot nicer than it really was.

JFG: Yes, that’s true! Did you have any messages you wanted viewers to take away?

JK: Well, if I had thought about that, when I was writing, I would have worked in some stuff! It (the messages) kind of went in. I thought I should have said something more. I think in the human condition, we need a lot of nourishment, but maybe that kind of head-on messaging might not work as well.

JFG: in this age of trauma and turmoil, do you fear if internment camps will come back?

JK: Well, I think anything is possible and history can repeat. At the end of the first world war, that was a world war to end all wars, but that led to that second world war, an incredible war. One can imagine a holocaust ahead unlike any other you could imagine. I mean, clim

ate change is doing it for us. We don’t have to worry about nuclear wars when there’s something tons worse than that!

It is important for us to get together. I think I would have liked to have got something like that in there (a message), about the need for us not to see each other as enemies. So that if I have hopes for anything, it’s that we need to understand that our enemies are not our enemies. And if you look deeper, you’re going to find your friend there.

JFG: What are you working on next?

So I think there’s a choice you know, and we can make that choice and if your choice is to look for the friend that is inside the enemy and if you really take forgiveness seriously, then I think the whole universe is waiting for you.

And we’re here for that, that is the feeling I have. I think we can do this and when we know we can do it, I think we will do it. Overcoming our enemies is a really big job. I think we Asians should know about that. Not just because of discrimination in the West, but when we look at what happened to me during the second world war, there needs to be much healing, there needs to be much truth-telling. I have been very involved with that whole issue about the comfort women and the atrocities. I think it’s a lot waiting for us to do here in Canada on that issue.

JFG: Our time is up, but it’s a pleasure to have spoken to you! All the best on your future projects, thank you!

Note: The interview has been edited for clarity.

East of the Rockies Experiential Pop-Up

More information about East of the Rockies and download links

East of the Rockies