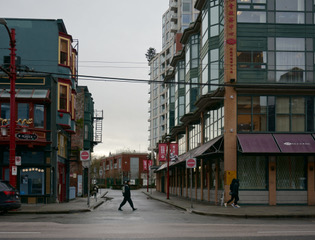 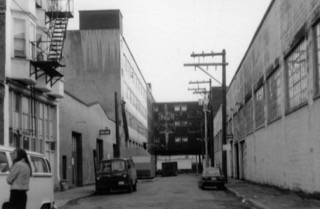 Cindy Chan Piper is an architect, a city planner, an actor, and a photographer. She’s an artist overall whose work remains anonymous to the public eye, but her friends recognize her talented eye especially in her photographs. She narrates that the late Jim Wong-Chu pushed her to continue her creative pursuits in photography. An architect by trade, she started with a focus on photographs of architecture, but influenced by Jim over the years, she gradually progressed to photographing people and their stories. Since taking on a photography project for her thesis back in the 80s, she progressed to documenting Chinatown over the decades to its current state. I sat down on a chilly afternoon with Cindy to talk about her love of her neighborhood, how her photos show the transition of the community over time, and how remembering our past is the key to our future.

Cindy Piper (CP): Why do you want to interview me?

Vincent Ternida (VT): When you were talking about documenting Chinatown, Vivian Meier came to mind. The story in Finding Vivian Meier, someone bought a storage space and found thousands of photographs from this woman, who’ve taken thousands of street photos of New York over the years.

CP: I’m not doing anything special or important, I’m just doing it, just because it’s interesting. I have thousands of photographs.

VT: Your experience in Chinatown: your affinity to it, you lived Chinatown. Is that why you were documenting Chinatown over the years?

CP: I was born and raised there, though I spent some of my childhood up the coast. My family is 4th generation: all generations in Chinatown/Strathcona. I started photographing Chinatown because of my love for it. Three generations of my family went to Strathcona school. What really set me off was my thesis for my architecture degree. I did my thesis on Chinatown or actually the interface between what is now Concord Pacific Lands and Chinatown– that little strip is where I focused it. I used that as the excuse to meld new and old and I went around with my camera and documented Chinatown as part of that thesis.

Over the years as I watched it change, I started taking more photographs. Jimmy (Jim Wong-Chu) did the same thing. That’s how Jimmy and I started being friends. He was also documenting Chinatown. He was interested in the personal stories. Me, I’m an architect, so I’m interested in the buildings. I just kept doing it because I watched it change. Then I was talking with Ada [Con] one day, we’re taking a walk and I told her this is what I was doing. And she said ‘that’s really interesting!’ We decided that we would do that together. I had thousands of pictures, and I started taking more pictures because as I going through my old pictures and looking through the new pictures I’m seeing the area unfolding, not just in city planning and in architecture but the unfolding of an entire community. The change and the personal stories reflected in the politics and the evolution of Chinatown– and it’s also incremental like history is.

I did this project because I wanted to. It was close to my heart and history. I had no plans to capitalize on it. It’s just for me. But apparently, other people find it interesting too (laughs). I don’t know where it’s going to go. It would be nice to share but I don’t know if it’s good enough to share. This is really just for me. Maybe for future generations if they’re interested. If not, then that’s okay too. 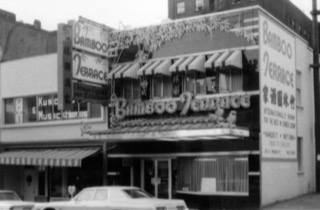 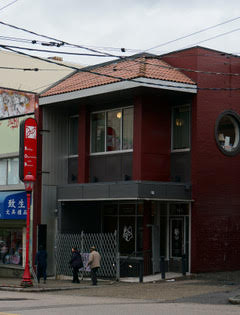 VT: Have you captured anything at the right place and time when historical events in Vancouver was happening?

There’s nothing really significantly historical with what I capture, but if you go through the old pictures, you see ‘that’s changed, that’s not there anymore.’ Just last week, I took another 400 pictures and I’m processing and cataloguing them now. I’m thinking, ‘Chinatown has really changed’ You can see it in the pictures, the people have changed. Not only the buildings have changed and the merchants have changed. The type of people I accidentally capture on the street has changed. It’s a history of our people, it’s a history of the community. Nothing The [Vancouver] Sun or CBC will write about but it’s there. You have to look for it. It’s like living your life every day, you don’t know you’ve grown older until you’ve seen you have changed.

I really didn’t think anybody would care about my photographs except for Ada and Jimmy. Although my ego wouldn’t mind a little bit of fame, that’s just my ego. That’s not why I did it. I don’t think she (Vivian Meier) did so either. Sometimes you do these things just because you love it. Why else would you ever do anything in your life unless you wanted to? Jimmy never did anything for fame or success. He did all of the things that he did because he wanted to. I was right beside him during most of those things. That’s the sorta place where we’re coming from. Everything he accomplished was because it needed to be done and he wanted to do it. He never got rich from it.

That’s the interesting thing about Chinatown. To see how that’s changed. All of those incremental changes, they make a tapestry, they make a whole picture. Actually, I don’t think you can understand that until you see the change over time. My documentation at first was sporadic, I documented the more interesting parts. But lately, the last 2-3 tours, I’ve walked every single street in Chinatown. And I documented the streetscape. We can compare how it’s changed. When you see that comparison what immediately what comes to my mind is that not only have the buildings changed but the flavor of the community changed. The people changed. It’s very interesting to see the oyster bar. Fanny’s Oyster Bar. Now there’s a Tim Hortons. That’s so different! When you look at my old pictures, you see vegetable stalls, fish stalls, BBQ meats. The people shopping have changed. Now we see a mixture of gentrified, young people, yuppies. In my old pictures, they’re all Chinese families and seniors. The heart of the community has changed. It was a real focus for the Asian community in the old days and now it’s in transition. It’s gone! The heart has gone and I’m hoping it would come back. If it doesn’t, at least we’ll know what was once there.

VT: Regarding the heart, you can hear the beats. Though covered in so many layers of fat, the heart is still there, adapting to it. The capillaries around the heart are keeping it alive, but with the surgery, there’s this surge of life.

CP: That’s a wonderful analogy, because maybe for Chinatown if we remember the way it was, we might be able to recapture or not forget what it once was. Maybe the new capillaries will start bleeding more cultural relevance. Maybe we’ll pump some cultural relevance into it. That’s what we’re losing now, the cultural relevance. In my professional life, I was an architect and a city planner, so I understand how communities and cities change. I guess we want to make sure we understand what was valuable and what was good. And making sure we don’t lose that. That’s maybe where we should be going. 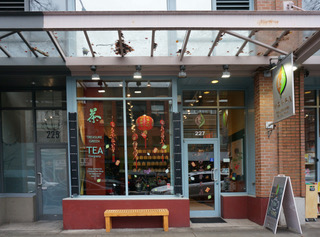 VT: A friend of mine was talking about a Chinatown tea shop where 25 years ago they used to be run by the owner’s parents, selling tea to the community. Now, they’ve adapted into the gentrifying nature of Chinatown. Now it’s a tea shop that can compete with the big box stores. He was making comments about the pricing. ‘This pot used to be five bucks now it’s twenty five!’ The heart is now there, now it’s repackaged. 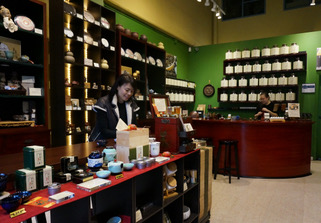 The interesting thing about photographing Chinatown, it’s a different way to appreciating where you came from because you see it reflected in the buildings. It’s wonderful to hear from people and hear it reflected in personal stories. Not just in the face of the people but the face of the buildings. In the mix of the merchants there, and how they’re selling. The five-dollar teapot vs the $25 teapot. That is an analogy of how the community is changing. It’s a reflection of our city, it’s a reflection of our history, it’s so interesting and organic.

Vincent Ternida’s pieces have appeared on Ricepaper Magazine, The Ormsby Review, and Rabble. His short story Elevator Lady was long listed for the CBC Short Fiction Prize and his personal essay, Southeast by Southwest is forthcoming on the Write to Move anthology. He lives in Vancouver, British Columbia.

Amazing. I grew up in Strathcona and also went to school there. I remember playing unsupervised in openhiemer park and going to the market for groceries. Not sure if I was oblivious or it was just safer but I miss those times.