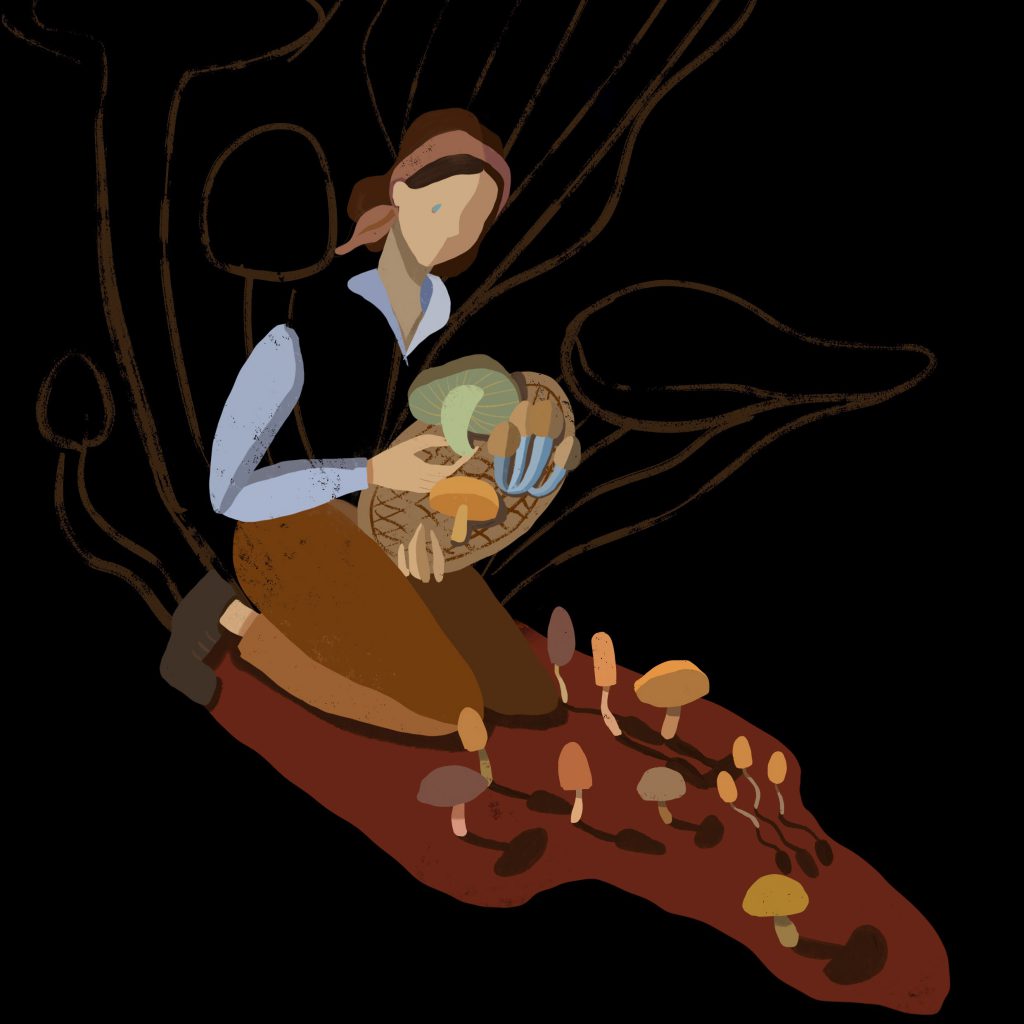 She waited quietly by the bus stop, barely awake, her mind numb and her muscles aching from the chills
of dawn. She yearned for a better life, to start a family with her husband, to live the ‘Canadian Dream’,
but she had nothing; her husband had lost his first job soon after landing in Canada, leaving her to support
the two of them, their meager belongings, and their stark single-room apartment.

The yellow school bus rolled around the curb at 4:30 AM, and she sighed, realizing the tedious day ahead.
One step at a time, she ascended the stairs, her legs heavy with fatigue. It was all a new experience; as a
mechanical engineer in her hometown, she was never introduced to manual labour. Wary, like a child
attending a new school, she listened to the bus driver mumble in a cryptic language that she could not yet
fully grasp. The doors squeaked shut, the engine roared, and the bus pulled away into the dreary distance.

The darkness stayed with her as she was escorted into the mushroom factory of the neighbouring town an
hour later. She never saw light while she worked; instead, she stayed in a dim and crowded room,
crawling atop barracks to harvest mushrooms that grew in the obscurity. As she sank her hands into the
soil to gently tug the mushroom’s fruiting body free, specks of dirt settled into the fingernail beds—her
farmer hands, a constant reminder of her labour, following her wherever she went. The minutes stretched
to hours; there was no way of telling time.

While mushrooms symbolized longevity in her former culture, she began to associate mushrooms with
long, backbreaking hours of fruitlessness where she barely made minimum wage. In that moment, she felt
that her cultural identity was as forgotten as the labourers who climbed through the murky cracks to
retrieve the mushrooms. In that moment, she felt vulnerable, as if her self would fade away if exposed to
the sunlight she had not seen in weeks. The strength and determination fueled by the ‘Canadian Dream’ as
she left China felt fragile, shaken.

At 7:00 PM, she was dropped off at the bus station, where her husband waited for her with a worried
brow. They walked home, exhausted and empty with meaningless brought by unemployment and menial
tasks—something so different from their previous careers. Desolation creeped the walls of their apartment
as she reheated old rice for dinner. They longed for their hometown; although they lived humbly in China,
they were always comforted by their siblings, parents, aunts, and uncles. They craved the savoury aromas
of street food. They wanted to communicate with others in their native language. They wanted to feel
worthy, valued, dignified. They wanted to feel human.

One day, she nearly gave up. Quivering in tears, she reached for the phone after dinner and dialed the
only number she knew: her family’s in China. Her father, who answered, was met by her hopeless weeps
of regret for immigrating to Canada and her desperation to return home. Flustered by his daughter’s sobs,
he tried to comfort her, replying, “Hai zi, you and your husband will be okay. Things will work out. Trust
me. Work hard, believe in yourself, and it will pay off.”

And so they beat on. For my mother, the long painstaking hours became more bearable as the factory
began hiring more Asian Immigrants. Together, they waited at the bus stop in the dark, worked in the dark, and arrived home in the dark. Yet, they did not feel forgotten. Their common culture supported
them, bringing them hope in times of despair. For the first time since stepping into the mushroom factory,
my mother became optimistic that her life would improve, her aspirations met. She started to feel at
home. And she would later resign from her job in order to prepare a new home: my home.

Jasmine Wu is a second-generation Chinese Canadian based in Ottawa, Ontario, but studying in London, Ontario. She endeavours to explore the world of cultural identity through her writing and poetry by resonating with other Canadian-born Chinese with shared experiences.

Lay Hoon aka Arty Guava is an Illustrator and Graphic Designer based in Vancouver. She grew up in Malaysia and spent most of her adult life in Singapore before moving to Canada. She has a Bachelor’s Degree in Bioengineering but chose to make a career switch after about 1 year of working in the field. Art and Design have always been her calling. She is passionate about culture, people and nature and how these themes interact with each other. Her work is available at artyguava.com/illustration