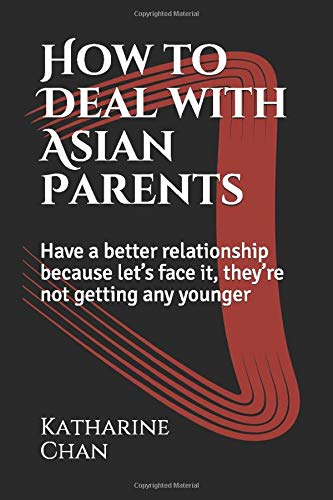 “The inspiration behind this book really comes from my relationship with my dad. Growing up, pretty much until I was in my late 20s or until I moved out, my dad and I were like oil and water. The relationship was just horrible. I remember one time when I was in grade nine, I was trying to practise the piano and he was vacuuming, so I couldn’t hear myself play the piano. So, I just got up and told him, ‘fuck you.’ That’s the relationship I had with my dad,” Chan tells Ricepaper.

“He was always working. He was the breadwinner in our family, so he’d be working and he’d come home and kind of a grumpy mood. We [Chan, her two older sisters, and her mother] would actually joke about it. When five o’clock hit, we’d be like, ‘Oh my god, the dark cloud’s coming.’ Like, we’ve got to be on our best behaviour because he’s going to yell at us if anything’s out of place.”

“I just always never liked him. He had sexist tendencies, and he always likes to tell people what to do. He likes to be the negative person, whereas I’m trying to be more optimistic. So, we’re like oil and water.

But, when I moved out, I started realising that it’s really important to have a relationship with your parents because we’re getting older and you know, they’re not going to be here forever.”

Chan said that moving out of her family home made her appreciate the little time she would spend with her parents more. She said that a particular conversation she shared with her father in her late 20s about working in government ended on a positive note and made her think about other people’s problematic relationships with their parents.

“I have family values in me. I mean, I’ve now got two kids and I’m like, I don’t want my kids to have this horrible relationship with me. I’ve got to do something about it and be proactive about our relationships with our parents despite the cultural differences, despite the language barriers, despite the different social landscapes that we both grew up in, you know? Somehow finding common ground,” she said.

Being honest with your parents

Chan told Ricepaper that this book is more than just about mending your relationship with your parents. She said it is important because, at least for her, it has made her a better wife, mother, sister, and friend.

First and foremost on the to-do list of getting along with your Asian parents, is starting that conversation to better understand each other.

“Most of my friends don’t really have a good relationship with their parents. One of my best friends I’ve known since she was eight, she will just show up for dinner [at her parent’s place] and that’s it. They’ll just eat and go on their phones, and then she’ll leave.

“And a lot of friends, they’ll keep things from their parents—like whoever they’re dating, or if they’re starting a new job, or thinking of leaving a job, or just big life decisions that they won’t tell their parents until it’s finalised; until it’s perfect and ready to be packaged in some crazy message that they can present to their parents,” Chan said.

Her book, How to Deal with Asian Parents, elaborates on the importance of having an honest relationship with one’s parents. She told Ricepaper that sometimes honesty is especially important when dealing with mental health issues.

“Mental health is a huge part of me because I had an eating disorder, depression and a history of self-harm when I was a teenager, and I told my parents about none of those things.

“For myself, I would have loved to have a good conversation with my mom and my dad about it, instead of having them being Asian parents who love to pick on their kids about their physical appearance.”

“The emotional ups and downs that we experience throughout our teenage years, all through to being young adults, and even as parents, there are so many things that I’m going through that are really hard to talk about with my parents because they either don’t remember, or don’t really have the communication skills or empathy skills to be able to talk about it,” said Chan, although she acknowledged that as a young parent, she’s beginning to learn that there are some things that are just difficult to avoid in parenting, such as forgetting to limit her children’s screen time. 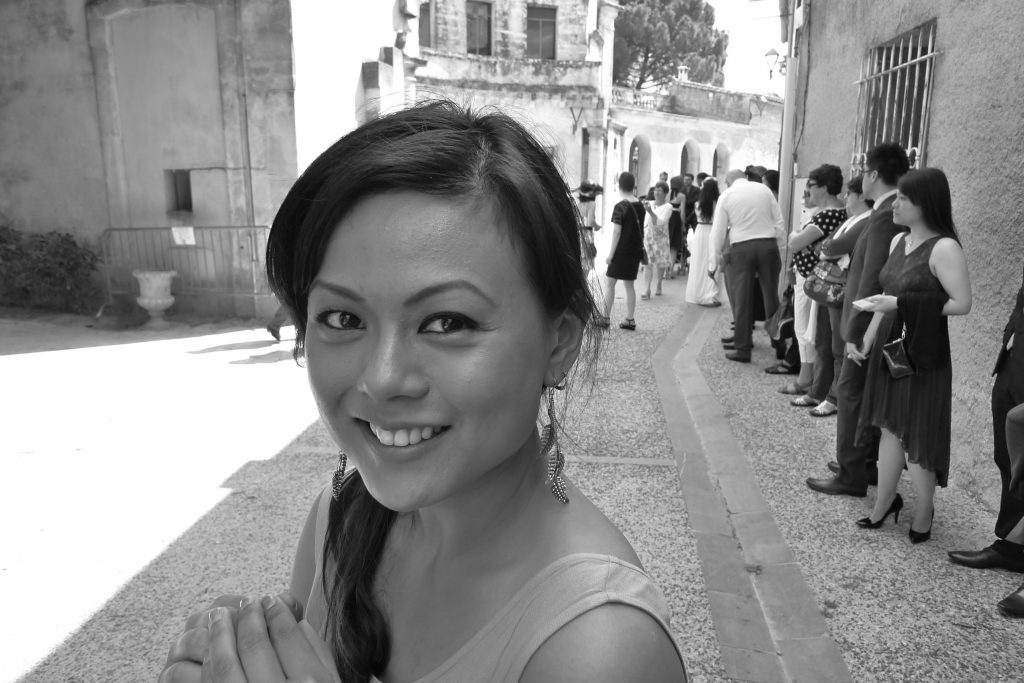 “I think my favourite part of writing the book is this: the chapters are divided like step one, two, three, four, and five, and each of those steps has a story that’s part of it. Thinking of stories that correspond to each of the steps was my favourite part because it really shows how the relationship with my dad has evolved. … I like that seeing the evolution, that journey, reflects back to me. It’s not just about him,” Chan said.

She added that her least favourite part in the process of coming out with this book is the copy editing, formatting, and designing. As an independently published author, Chan edits and formats her own work, designs her own front and back covers, and manages her own marketing.

“I’m not a very aesthetic person. Like, I am not a big fan of making things pretty. I’ve never been that kind of person. Like, crafts. I don’t do crafts with my kids because I would just be like, ‘just stick it all together!’

“I took like an entire day just to pick the colours and the font [for my book cover] and that stuff really frustrates me because I have this value of like, ‘it doesn’t matter what it looks like, just read it.’ But then, I’m like, ‘no, but you’re going to market it. A lot of people out there are aesthetic and they like things that are pretty, things that are beautiful, and the things that attract their eye, and you have to take that into consideration because not everyone is you. So that was something that I had to battle with myself,” Chan said.

But, aesthetic or no aesthetic, Chan’s ultimate goal is to help people with her book.

“I think everyone has an inherent understanding of what relationships are about, and they have in the back of their head what they need to do to improve their relationship.

“What I really want for the book is to put those words that are in their head onto paper for them to read, and then eventually actually initiate a conversation with their parents using the book. So, either you bring your Kindle or the physical copy of your book, and then the next time you go to dinner [at your parents’], you have your book with you. … And just be like, ‘Hey, I read this book. What do you think of this? What do you think of someone writing about their relationship with their dad and with their parents? In some of the stories, she eventually does get closer to her dad. Like, what do you think of that? And [the book] is just really acting as a catalyst to start that conversation.

“That’s my hope for anyone who is in a situation where they are having a poor relationship with their parents,” said Chan.

“I talk about the guilt and disappointment piece [in my book] where the relationship we have with our parents is riddled with guilt and disappointment because when you try really hard to step up your game and do a lot of things for your parents, the reaction oftentimes doesn’t meet your own expectations. They’re either indifferent or they’re just never impressed. So, you kind of go, ‘fuck it, I’m never gonna do anything for them.’ And then when you don’t do anything for them, you start to feel guilty, like ‘fuck, I didn’t see my parents for months and I wonder what they’re up to. I’m such a bad son or I’m such a bad daughter for not reaching out to them.’

“I really want to get people out of that vicious cycle. You can start to love yourself and you are a good daughter and you are a good son. It’s really about accepting who you are and loving who you are. That’s the biggest message in this book, that we have to love ourselves and accept the past, however horrible it was, and be able to move forward from that.”

Katharine Chan, MSc, BSc, PMP, is an author, wife and a Top 30 Vancouver Mom Blogger with over a decade working in British Columbia’s healthcare system. Her vision for Sum (心,♡) on Sleeve is to empower others to talk about their feelings despite growing up in a culture that hides them. She’s contributed to HuffPost Canada, Scary Mommy, NextShark and Cold Tea Collective.

Jasmine Foong is Ricepaper Magazine‘s Digital Media Coordinator. Her multimedia work has also appeared in Suitcase Magazine, Malaysiakini, the Charlatan, and the Ubyssey. She is currently based in Vancouver, British Columbia.