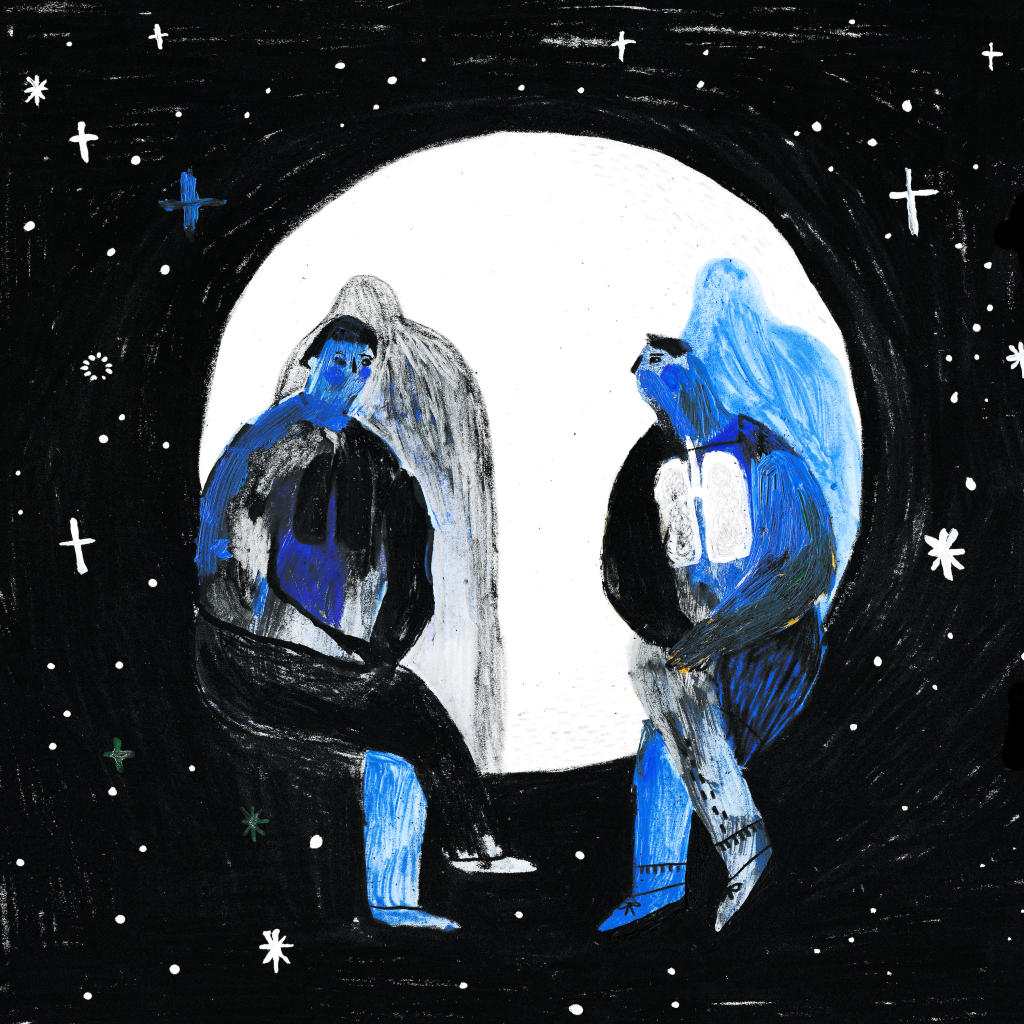 It was a day that hammered wrought iron
into our lungs, having gashed our breath
into rapid gasps. We rested cross-legged
on the footpath, watching the cold light
that ebbed from the store engulf us
like shipwrecks. Before us, the city
silhouetted against the sky. One road
to take us there, one that bent and twisted
like a gaping wound in the iodine sun.
The factory, still a hundred kilometers away,
loomed into the coast, moaning and trembling,
a giant inviting the wrath of the sea.

We were talking about the possibility of business,
about conveyor belts that fathered machines
which cast daily our aluminum moon;
her nitric light peeled down each night
from the steel walls into a bunch of wires,
entangled there like our youth in metal rust.
We had our worth to trade, I suppose.
You wanted a house and a woman
and children to carry your name;
and I? I could never know,
Perhaps I wanted to write, to forge a world,
to sing the best tune till the industrial
smoke choked me to useless words.
A hint of future slipped into our conversation
like a tone gone terribly wrong.

For a moment, when I felt almost hopeful,
you stood up and threw a kick to the car,
the sound cut through like a falling gantry.

You groaned; silence cleft the village.

Aiden Heung is a Chinese salesman poet born and raised on the edge of the Tibetan Plateau. He holds an MA in literature from Tongji University in Shanghai. His recent poems can be found in Poet Lore, Hobart, Parentheses, Cha: An Asian Literary Journal, the Dunes Review, Voices & Verse, Mingled Voices Anthology among many other places. He was awarded the 2019 Hong Kong Proverse Poetry Prize.  He can be found on twitter @AidenHeung and aidenheung.com

Wendy Ma is an Illustrator and Designer based in Vancouver. Born in China, raised in Tokyo and Vancouver, she developed her interest in sharing her worldview and experiences as a person with cross-cultural background through art. Fluently speaking three languages, she is passionate about communicating emotion through her pieces. She currently works as an illustrator and Designer at IBM. Her work is available @ wendy-ma.com