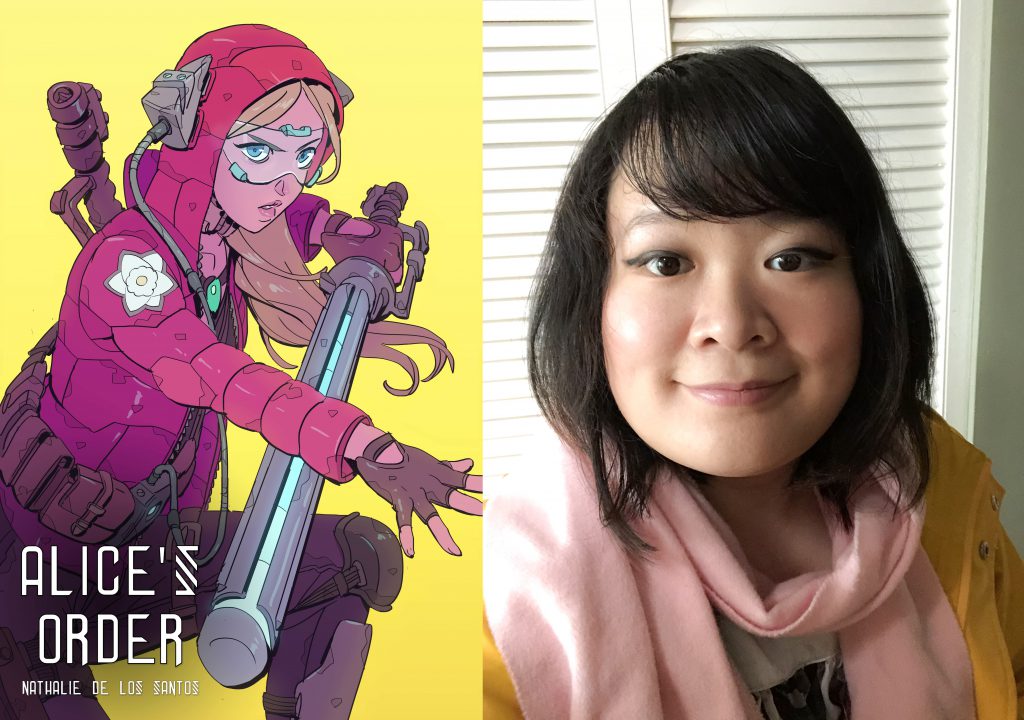 You are a multi-talented creative with a background in writing, videography, photography and design. How does film, photography, and design inform your writing?

Being a designer, I have to think broadly about the people who will interact with my design and try to simplify something complicated so people can understand immediately. How I design a highway sign where someone has two seconds to read versus a magazine layout always has me thinking of how people will interact with my work and about who the audience of the work is exactly. I believe audience is always the first consideration I make in all mediums.

I also take notes from film production — the script is only a road map visually, and you have to be open and flexible to what can happen when you are producing in the moment. As a wedding videographer, I have to work fast and be determined to create, even if the lighting conditions are not ideal or the wedding is literal chaos. Doing client work has made me appreciate feedback and critique and understand how to utilize it and respond back constructively. Learning technique and reading is important, but critique is honestly the only way I’ve gotten better at writing and my visual mediums. Being open and flexible to both my own shifting ideas and others engaging with my work keeps me curious, productive and patient with myself.

Hasta Mañana explores the world of gaming. Given your background in tech and indie gaming, do you see yourself in Mariposa as an adolescent?

I hardly see stories about queer BIPOC girls growing up with video games, so I chose to write a character where I could finally feel seen in Mariposa. The bit of Mariposa figuring out her sexuality in a non-traumatic or physical way through video games is also how I figured out that I was non-binary. Through video games, I found that I wanted this ability to gender switch that wasn’t permanent. In these digital worlds, the male gaze made me realize I was queer as well, so I wanted Mariposa’s sexuality to talk about desire between the male/female gaze.

My real nerdy childhood is less exciting than Mariposa’s – I was shy, quiet and weird. I got my period once and stained my pants. A girl ran up to me and blurted, “You are a girl!” The boys on the other hand were always asking me about the latest Pokémon episodes. The teachers would always push me to play with the girls instead of the boys, but I couldn’t explain the bitter disappointment I felt never connecting because I was attracted to girls. I understand what many young boys go through, choosing the company of a two-dimensional digital woman who won’t gossip about you when you screwed up trying to talk to her. Those fantasy digital princesses cheered me on, while the real ones cleared out the change room as soon as I walked in.

It seems strange now to recount these memories, it is as if a huge pendulum has swung in my life. I spent my childhood years being teased by girls and welcomed by boys, but I spent my later life working in tech, fighting for inclusivity in a workplace riddled with toxic masculinity. I’m no stranger to the problems in gaming. My game designer friend was doxxed by the hate movement Gamergate and he had to pull a game we all worked on together off the internet in order to protect the rest of us. I used to write about video game diversity and went offline for a while because if I was doxxed, most of my addresses at the time were linked to my parents. Hasta Mañana was the first tech/gamer story I wrote after years of being too afraid to write in the face of Gamergate and the alt-right.

What book in the Canadian literary canon do you think is a must-read? And why?

I’d say a Canadian book that really struck me was Scarborough by Catherine Hernandez. The book tells the story of a low-income urban neighbourhood in Scarborough, which is in Ontario. Hernandez is no stranger to Scarborough herself. Hernandez wrote this book with a voice of empathy and honesty that carries the reader through the abuse, poverty and systemic divides in the book. This book destroys the myth of Canada being morally “better” both in our outlook and social support systems as it exposes many of our darker inequalities here.

This is a book that should be in Canadian classrooms if we want to increase awareness of what urban poverty looks like and what it does to a community through generations in Canada. I’m from Vancouver and saw the community of the Downtown Eastside in the story. There is a community there too that is trying to get by. Scarborough shows how the cycle of poverty is not easily escaped by simply “working harder”.

To name a few characters: Ms. Hina is a program facilitator for Ontario Reads Literacy Program who goes out of her way for the community, but her work is frowned upon by higher ups who are only concerned with numbers for funding. Bing is the aspirational character who rises up in academia, the son of a Filipina salon worker. Laura is the nervous and innocent daughter of the racist, white supremist Cory. Sylvie is a Mi’kmaq mother whose son has a learning disability, while her daughter is a vivacious storyteller. The book’s structure of different voices per chapter dotted by Ms. Hina’s work emails makes this work diverse and contextualizes every character’s struggle in relation to one another and the system in place. Each and every person’s story is part of a bigger portrait of a resilient but troubled community. I honestly wept when I reread the book’s dedication after I finished reading it.

“I was fifteen. You were four.

I taught you drama in a Scarborough

You were surviving neglect.

Wherever you are, I hope you are safe

And know I loved you enough to write

Also, Catherine Hernandez’s awards are nothing to sneeze at: Scarborough won the Jim Wong-Chu Award for the unpublished manuscript, was shortlisted for the Toronto Book Award, Edmund White Award for Debut Fiction, Evergreen Forest of Reading Award, Trillium Book Award and longlisted for Canada Reads.

Join author Nathalie de los Santos at Postcards From The In-Between a part of Literasian’s “Quiet No More” event on August 16 from 1:00 PM to 2:30 PM. Details can be found here.