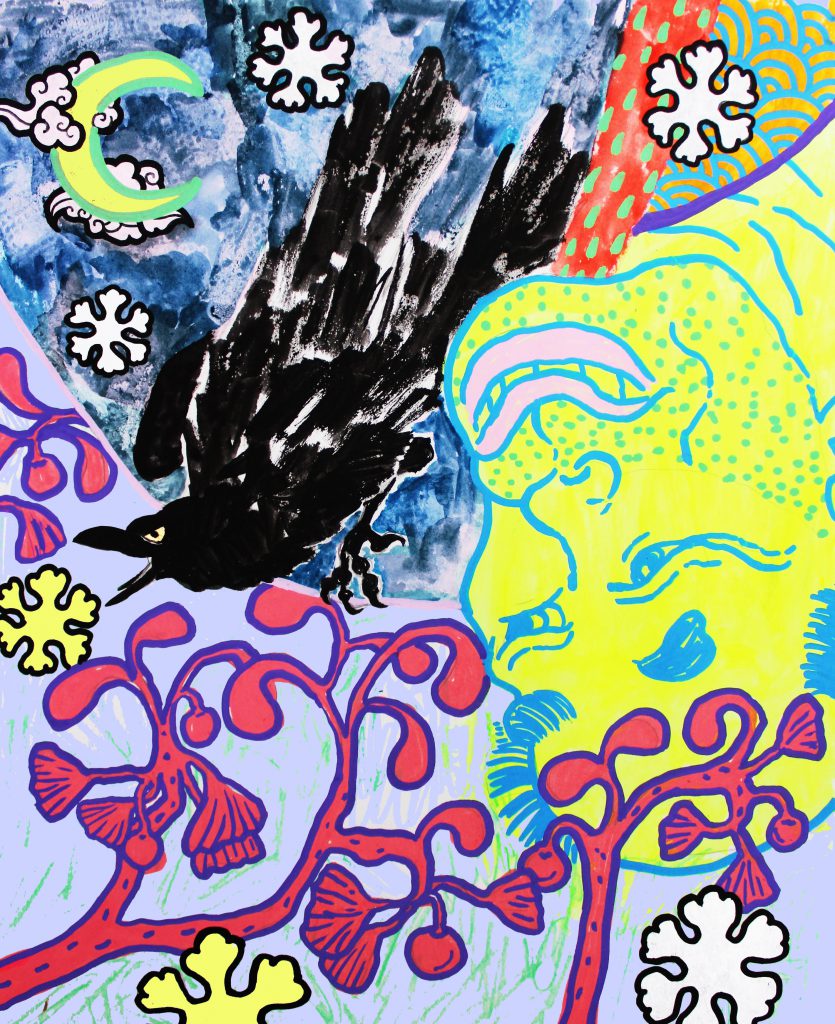 Snow on the branches,
but green underfoot.

The sound of a creek finally able
to pull itself out from under the ice.

Crows cry out with hungers
I keep as my own.

Even Basho couldn’t escape from fleas and lice
when he lay down in the dark.

Centuries later, they’re still on the page.
A flow of ink kept them alive.

Kevin Irie is a Japanese-Canadian poet. His book, Viewing Tom Thomson, A Minority Report (Frontenac House,2012), was a finalist for The Acorn-Plantos People’s Poetry Award and The Toronto Book Award. His next book, The Tantramar Re-Vision, is forthcoming from McGill-Queen’s University Press in 2021. He lives in Toronto.

Tiffany Royrock is a Japanese-Canadian artist based in Vancouver, BC. Her work merges traditional Western art with a neon palette inspired by her Japanese youth. She’s always making something because if she stops there’ll be a worldwide catastrophe for the cast of LOST.