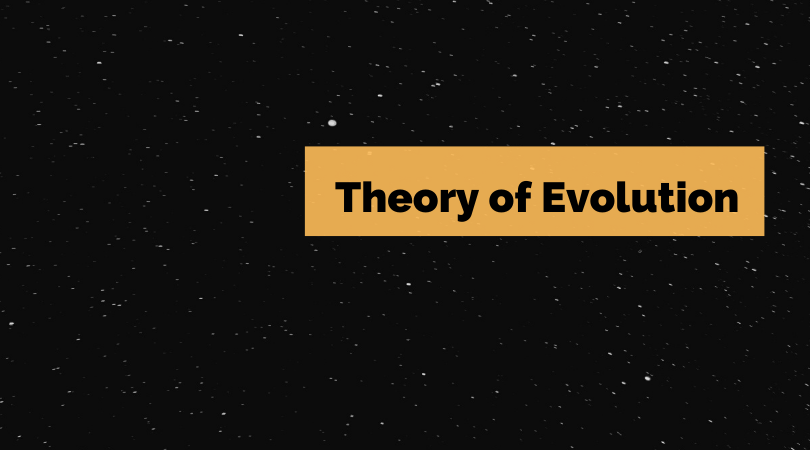 The kid’s girlfriend phoned it in to his parents, who ran a red light at Bloor and Jarvis on the way to the viaduct.

I squint at the nurse’s chicken scrawl, which indicates our patient pulled over and surveyed the barriers for an hour, considering how the middle school perched at the top of the hill meant, more likely than not, that some unsuspecting student would see his body fall, bounce, and break. One sentence under History of Present Illness proclaims EVOLUTION in all capitals, underlined twice, beside which she began to write something else, but blacked it out.

“Evolution?” I ask her outside the interview room of the Emergency Department. She makes a sign which seems to say don’t ask me.

Since I’ve been back on rotation in psych emerg, it’s become a cruel joke that she and I are always assigned the same call nights. Shoulder to shoulder, me in my physician’s white coat and her in pink scrubs, we peer past netted glass at the boy’s specs and buzzed haircut. Tiny embroidered dinosaurs march up and down the placket of his Oxford shirt, and the more he twists, the more they protest the shirt’s seven mother-of-pearl buttons.

The boy’s girlfriend, who’s clutching his mother’s hand while sizing up serrations in the ceiling of the waiting room, said he’s taking anthropology at the University of Toronto and his favorite place on campus is Noranda, the earth sciences library, where he buries himself in geological journals lined with Latinate names and many-fingered phylogenies.

A switch on the wall will summon the guard if he starts to lose it. I’m certain he won’t.

He’s well aware, he tells me, when my interview follows that of the nurse, that cave people and dinosaurs were not contemporaneous. “But if they were, and if I were a caveman, I’d definitely have been eaten. Like, by a dinosaur. And it would be only right. I’m not fit to live in this world. Evolutionarily speaking.”

When I come back out, the nurse, whose name is Lila, is waiting, chomping on a handful of cashews, eyes dancing, her tongue loosened.

“Evolutionarily speaking. I mean, who talks like that?” she says. “Do it or don’t do it, but don’t bring evolution into this crap.”

She taps her pen against the glass, flushing when he startles bodily like a goldfish jostled by the cat. Four decades my senior, she must be close to retirement; she gets away with saying everything.

I crack my neck.

I imagine him sitting in Noranda, at the round concourse, fortified by books, and the loamy soil smell that I know from the stacks and potted monstera and ficus. Before I graduated, I had shopped around U of T for the perfect library which I could call mine. Noranda with its greenery had ranked high on the list, but I settled on Laskin, the law library, where, for four years, I was safe from both other medical students and pre-meds taking enviro electives. It turns out that it is hard, but not impossible, to lone-wolf medicine. If you keep a packed schedule and politely skirt overtures to join intramurals and subspeciality interest groups, people eventually stop asking. You gain a rep. When rumours about specialties tagged around the class, I was known as the Psych Gunner, which had a ring to it, like I was about to shoot up a school.

Ma didn’t like my choice at all. Hearing that psych was five years of residency, she protested, “Do family. Easier. Only two.” Ever since last July 1st, when my badge gained the sticker of Post-Graduate Year 1, she tells everyone that I’m a doctor, but not of the mind. She knows how to be proud of the former, but not of the latter. Back home in Halifax, where we moved from Hangzhou when I was four, I’m what’s known as Chinese-famous. That means all the Chinese professors and scientists remember when I won the university mathematics contest, which gained me invitation to the provincial camp, then the national camp, then the international camp, each step perfect paving stones to scholarships, an undergrad, a masters, and, finally, to my MD. At one of Ma’s potlucks last Christmas, a little girl, the daughter of the new Chair of the Department of Mathematics, came up to the piano, where I’d been assigned to play carols and said, with shirred brows, “My dad misses you. Also, I’m supposed to ask you to duet.” Her father waved at me from across the room. Waving back, I whispered, “Sit down, then. While he’s still watching.”

I shift to the rolling computer station. On the electronic medical record, I sketch out the boy’s admission orders, which include twenty-four-hour observation at the rear of the ED, visual checks every fifteen minutes, a pinch of lorazepam to put him to sleep.

Lila stands too close to me. She never looks over anyone’s shoulder but mine.

“How do you figure?”

“Good supports, heaps of insurance. He’ll be fine,” I say. Hell, I’d even feel confident leaving him in there with a blade, but that part I keep to myself.

She yawns and says offhandedly, “Okay. What about you?”

“Pardon? What about me?”

“Were you fine?” she says. “Are you fine?” Her pen touches the glass again and, this time, rests there. “Never mind.”

I snap off listing the vitals. A red half-dome mole moves in an arc as Lila smiles. The hand which once passed me a paper cup and pointed to the bathroom with stalls but no main door, stripped of anything remotely sharp, readjusts the alarm on her lanyard. A breakaway design consisting of two parts, it isn’t supposed to go off unless pulled with at least ten pounds of force, but the mechanism is flawed and we’re always running after false wailings. The more she secures it, the more the grip of my own hands comes back to me, the cool dispassionate handle of the kitchen knife pressed to my arm, the soot-smelling air of the neighbor’s grill through the screen door, Ma’s scream, the blade sliding on the floor in a pool of my blood. I hate everything about this scene. Ma can’t let it go either, even now, nearly a decade after my “accident.” That day, the entire ambulance ride to the hospital, my arms wrapped in rags, she said it was taking all her restraint to keep from striking me in the presence of the medics. Lang fei, she muttered, end to end, what a waste. I’ve never been able to figure out if she meant the rags, the blood, or sixteen years of feeding, sheltering, and educating me. At psych reception, a woman with a half-dome mole met us, and later, she had stared from behind netted glass, recording my mental status exam in a binder marked WONG.

A width of silence slips between Lila and me while, down the hall, the vending machine thumps out a lukewarm Sprite, and the grim guard, pacing, cracks it open and slurps up a layer of foaming excess. I chew my tongue, acquainting myself with the taste. I really thought she forgot. Having something on me, she must have burned for weeks and waited for the perfect pretext, sneakier than the others who doused me and my cohort of fellow new residents with their digs while we pounced to prove ourselves.

My knuckles grow ghostly on the mouse; Lila’s face is turned away. The kid’s parents, like all the parents, addressed their pleas to me over her, unaware of the scarred earth on which they tread. Unconscious of salvos between newly-minted MDs just passing through and staff RNs who resented requiring their sign-off on a single regular-strength Tylenol.

I should let her win this one, I think. If I do, when I do, maybe we’ll be able to share a laugh at the witching hours. I’ve seen Lila smoking out back, by the dumpsters, where we receive heavy shipping and exercise the more stable inpatients. Maybe I could take up my pack again, too.

I key in my access code to send off the orders. “Listen. Do you have the note? The parents are asking about it. They want it back.”

“Here. Already scanned and uploaded,” she says, drawing a folded sheet from her scrubs. “It’s quite literary, you know. He has a talent.”

Mine is in an envelope I asked my mother to mail to me five months before, when I graduated with the letters after my name, to my new address, just south of Chinatown.

“How generous,” I say. I watch her toss a cashew in the air and catch it in her mouth. I still use safety scissors to carve open packages. I own only plastic knives. “Would you like to tell them that?”

Of course I am. I touch my keycard to the scanner to enter the waiting area. The boy’s mother is already standing, craning her neck, searching, and accidentally bumps her leg into the chair. I wish they would replace the cracked leather cushions, which are as uncomfortable as the day they dug into my skinny teenaged bottom.

There are twenty paces between us when our eyes meet. Her irises are neither the colour nor texture of Ma’s but somehow the same. When she opens her mouth and closes it again, she doesn’t make a sound.

How could he do this to me? How could she? They? Them? I can hear the cries. The accusations agitate off every wall in this place, every day, undifferentiated molecules striking one another down. Like meaningless words, pleistocene, holocene, anthropocene.

One last time, I look towards the interview room, where the boy is still slumped, a fresh kill dragged back to the den. Bracketed by his times. The letter leaden in my pocket.

The woman lunges the rest of the way. I grip my pen and meet her in the middle.

Elizabeth Han is a Newfoundland-raised, British Columbia-based physician and writer. She is a graduate of the Doctor of Medicine (M.D.) program from the University of Toronto and specializes in psychiatry and primary care. Her short fiction is forthcoming in Island Writers Magazine. She was born in Nanjing, China. Further information about Elizabeth is available at elizabethhan.com and on Twitter @effyhan.