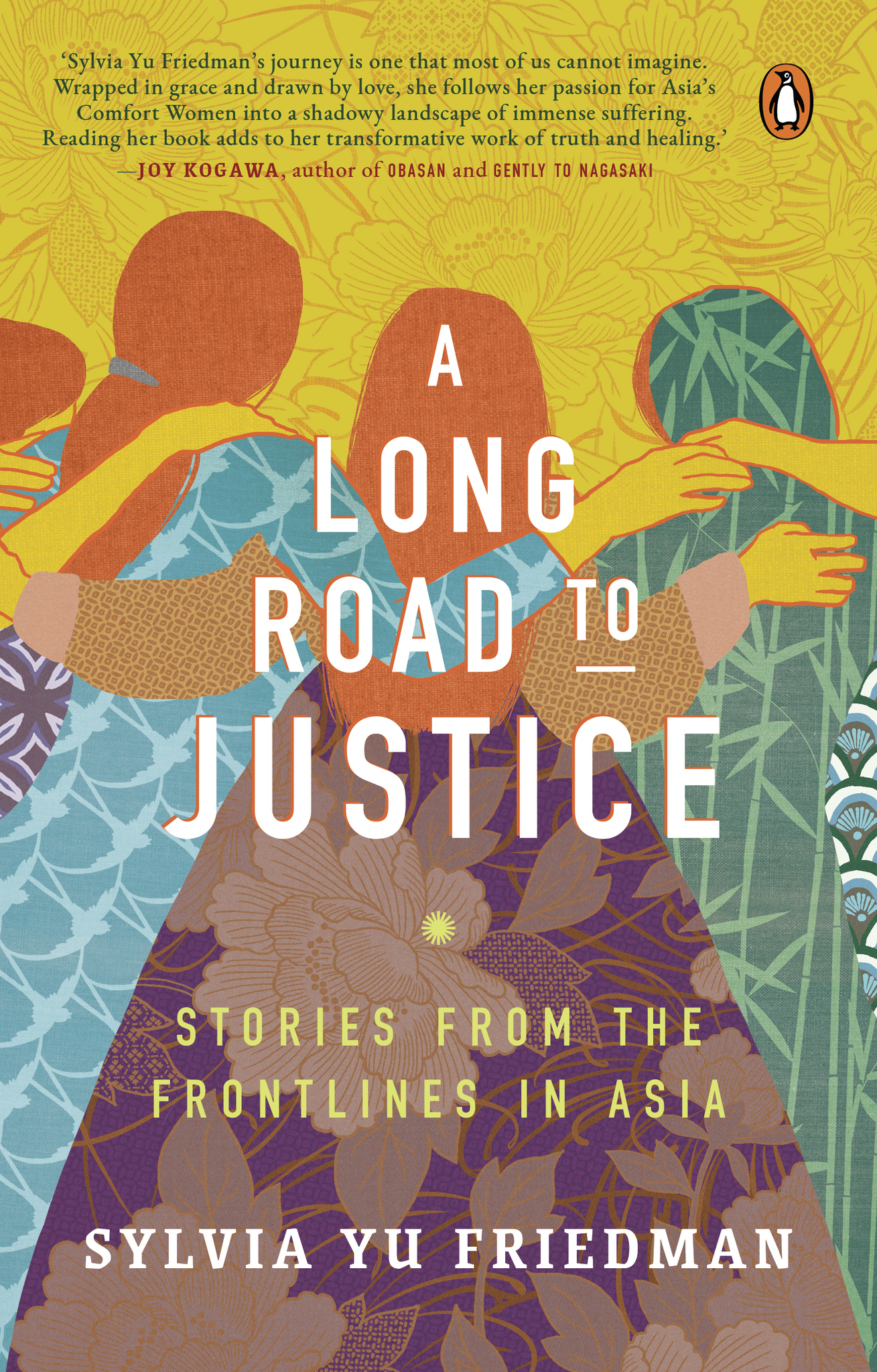 A constant stream of impoverished women and girls have been, and are being, enslaved and abused in the Asia Pacific region. Slavery is not a historical issue – it’s happening today. History is repeating itself.  Through Sylvia Yu Friedman’s work in journalism, counter-trafficking, and philanthropy, she has had rare and incredible access to victims of sex trafficking and modern slavery in China, Thailand, Cambodia, North Korea, South Korea, Myanmar, and Indonesia.  The following is an excerpt from the new book.

Chapter 1: Near-death experience
Our car ride was mostly silent, and I was filled with a foreboding of what we would witness on arrival. We had to leave the cameraman behind because he refused to go to this red-light district. We giggled at his cowardice. But deep inside, I too was feeling antsy and terrified of the prospect of filming the trafficking victims myself. When we arrived at the brothel area, the stillness of the cool November night contrasted dramatically with the bright, garish lights of the wooden stalls selling fried egg dishes and candied hawthorn apples, along with other small vendors with electronic items and knick-knacks. I was too rattled to enjoy the sights, as I usually do at outdoor markets in smaller cities.

I wore sneakers and jogging pants and carried a backpack, partly in an effort to look like a tourist but also because I wanted to be able to run as fast as I could from the gangsters, should the need arise! I imagined different worst-case ‘what if’ scenarios as I tried to motivate myself to film the women there and look for signs of underage girls forced into sex slavery. I could feel my heart thumping erratically as if it would leap out of my chest like a rocket. I took a few deep breaths and sent out a silent prayer to protect me in a place where I could not count on help from the police. It felt like a suicide mission. In this part of the country, ‘Romeo pimps’, also known as ‘loverboys’ or ‘boyfriend traffickers’, were successfully plying their trade of manipulating young, vulnerable girls by pretending to be their boyfriends. These men would lie about owing money to a gang and claim that their lives were in danger unless their girlfriends voluntarily sold their bodies to pay off the debt. Door of Hope had met several girls who were victims of such deception. These girls were usually fatherless, children of divorced parents, or victims of abuse in their broken families.

In some of the side alleys in this night market area, there were small shopfronts with open windows designed for clients to come and pick the girl they wanted to pay for. The lighting was pink, the colour symbolizing a brothel establishment in Asia. Several young women in tight dresses sat on couches and chairs in every room. Each woman had an empty look on her wizened, heavily made-up face with bright red lips and pasty white skin. They looked like they were in their late twenties or younger. These young women were usually accompanied by their ‘minders’—fierce-looking older women with garish make-up—or menacing young gangster-type men guarding their criminal activities. They were constantly on the lookout for anyone who could threaten their illegal ventures. These women were kept in a depressing prison, forced to entertain men all night long.

It was clear they could not leave of their own free will. Outside a few of the brothels, I noticed guard dogs growling and baring their ferocious teeth; they were undoubtedly used to intimidate women and prevent them from escaping this hell hole.

I felt an overwhelming sadness wash over me as I walked by. It was my first time in such a remote red-light district. I sensed the danger. I sensed the women were controlled and not free to happily walk away, and yet I was walking freely outside. This paradox was inconceivable and heart-breaking. I reflected on the unjust nature of life. It is just a matter of chance where one is born and into which family. This and a host of other circumstances beyond the control of these women had led them into a destiny of unimaginable trauma and enslavement.

I pretended to look at my phone but felt weighed down by the oppressive spirit of the place. What was I doing here? Amy had advised that I film in this particular alley, pretending to be a tourist who has lost her way. I depended on Amy for every step I took but now that I was here, it seemed too dangerous, too close for comfort; I couldn’t shake off the feeling that I was possibly risking my own life.

I had to battle the impulse to run back to our waiting car. The darkness of this brothel alley made my skin crawl and the temptation to quit surged within me. But I told myself I need to expose this wicked racket. I quieted my panic by praying to God, asking for a sign. A wave of courage came over me. I felt my feet move ahead as my resolve to tell their story was strengthened.

I felt a rush of adrenaline as I held out my phone camera and walked by that surreal scene of window after window of young scantily-clad girls who looked like anguished mannequins with painted faces. I felt victorious once I had captured the undeniable images on both my phone and the small camera I had hidden in my backpack. No one had been able to get this on film before. It was a weighty coup that would expose evil. After feeling euphoric for a few seconds and thinking that I had outsmarted the gangsters, I walked back calmly to the jeep where Mary and Tina were waiting for me. If Amy were here with us, she would have asked how it went and helped us to process everything we had seen. But Amy was spending time with her family instead. She thought it was prudent not to be seen with me in the brothel area in case they found out I was filming because she has to be able to go there to build trust and relationships with the mama-sans and pimps.

All of a sudden, we were surrounded by three thugs in their twenties and menacing mama-sans in their forties. How could we have missed them! Instantly, I regretted putting my life in the hands of Amy and Mary. I felt I made a huge mistake and I was going to pay with my life. The men were dressed in black. Their eyes bulged out of their sockets. They had hard lines etched on their foreheads. I suspected the two mama-sans were former prostitutes who had clawed their way through the ranks to become brothel managers.

I wasn’t sure who scared me more: the middle-aged women or the young male gangsters. 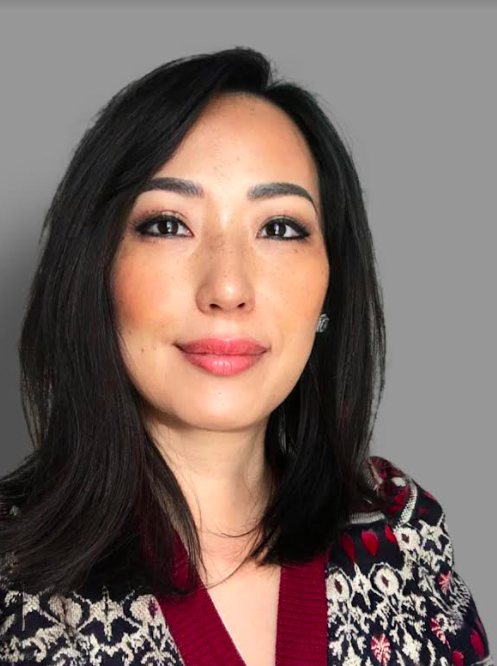 Sylvia Yu Friedman is an award-winning filmmaker and investigative journalist, speaker, and writer. She is the author of two books, Silenced No More: Voices of Comfort Women, the only journalistic account of historical Japanese military sex slavery during WWII, and Heart and Soul: The Life Story of Pastor Augustus Chao.  “A Long Road to Justice” is her latest book.