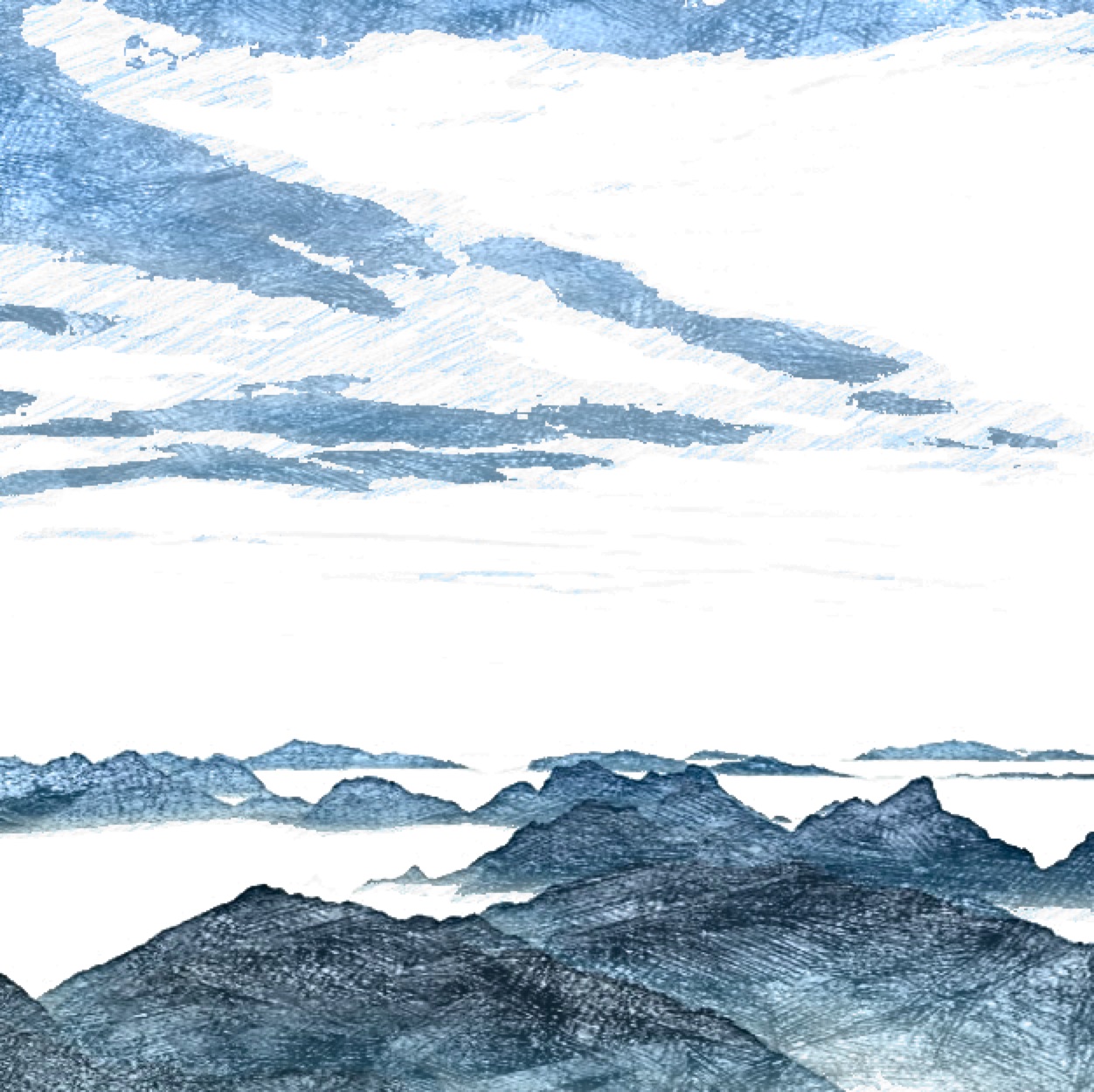 It was forty-nine days
after her mother had passed when
the twelve-year-old girl noticed
a heat from her chest,
to her stomach, her head,
fluttering, rushing,
propelling her legs to walk
her away from home, up Jirisan,
her private guardian.
Though surprised by her legs,
she ceded control.

Continuing for three days,
resting only after dark,
against one of ten thousand
pine trees. She saw nothing
along the way,
not rocky slopes,
not blooming royal azaleas
not bright pink camellias,
not green horsetails
and club mosses.
Nothing.

She posed no questions
to the woods for their lushness,
to the celestial for her mother’s sickness,
to her legs for their laborious silence.
She only remembers her mother always
asking her
whether she wanted the most colorful
hanbok or the most glittering
necklace when she grows up: all she wanted,
she said,
was to live in the house on the mountain.

A bald man in grey robe appeared. He announced:
You came to live here at the temple, didn’t you?
Yes, she replied, as rapidly as she noticed the heat in her body vanish.

Anita Ngai is currently a poetry MFA student in Warren Wilson College and based in Vancouver, BC, where she grew up. Her writing has appeared in The Windsor Review, Leap (chapbook in memory of Lesley Strutt published by the League of Canadian Poets), Figroot Press, Talking River, Stonecrop, Temenos, and Lit Crawl, as well as various architecture magazines. She was born in Hong Kong, trained as a structural engineer, and had worked as a marketer in multiple tech companies.