Angel’s Bone is a Pulitzer Prize-winning contemporary opera making its Canadian premiere in Vancouver, Canada. Created by Du Yu and Royce Vavrek, it is about two young angels who fall to earth into the lives of sex traffickers. The story aims to generate conversation and awareness around child and youth trafficking and sexual exploitation. One of the cast members, Alyssa Samson took the time to share her thoughts with Ricepaper. 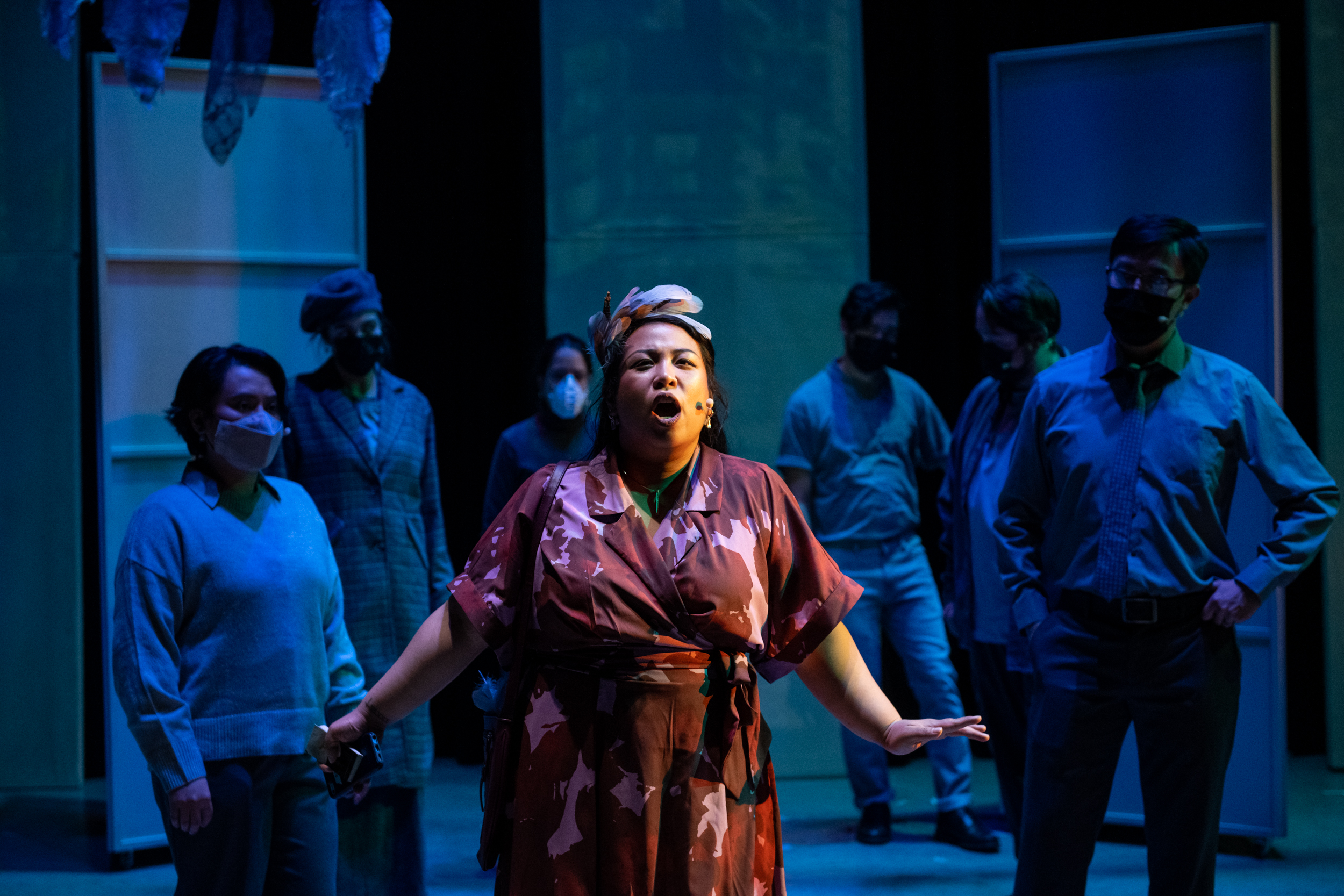 JF Garrard (JF): Hello. I’m JF Garrard, deputy editor of Ricepaper and host of the Artsy Raven podcast, which promotes the arts. We are here today with Alyssa Samson, and she’s currently starring in Angel’s Bone, an opera being performed in Vancouver. Can you introduce yourself to the audience, Alyssa?

Alyssa Samson (AS): Hello everyone. My name is Alyssa Nicole Samson. I am a mezzo soprano from Vancouver, British Columbia and I am Filipino Canadian. I’m starring in the role of Mrs. Xe in Angel’s Bone. 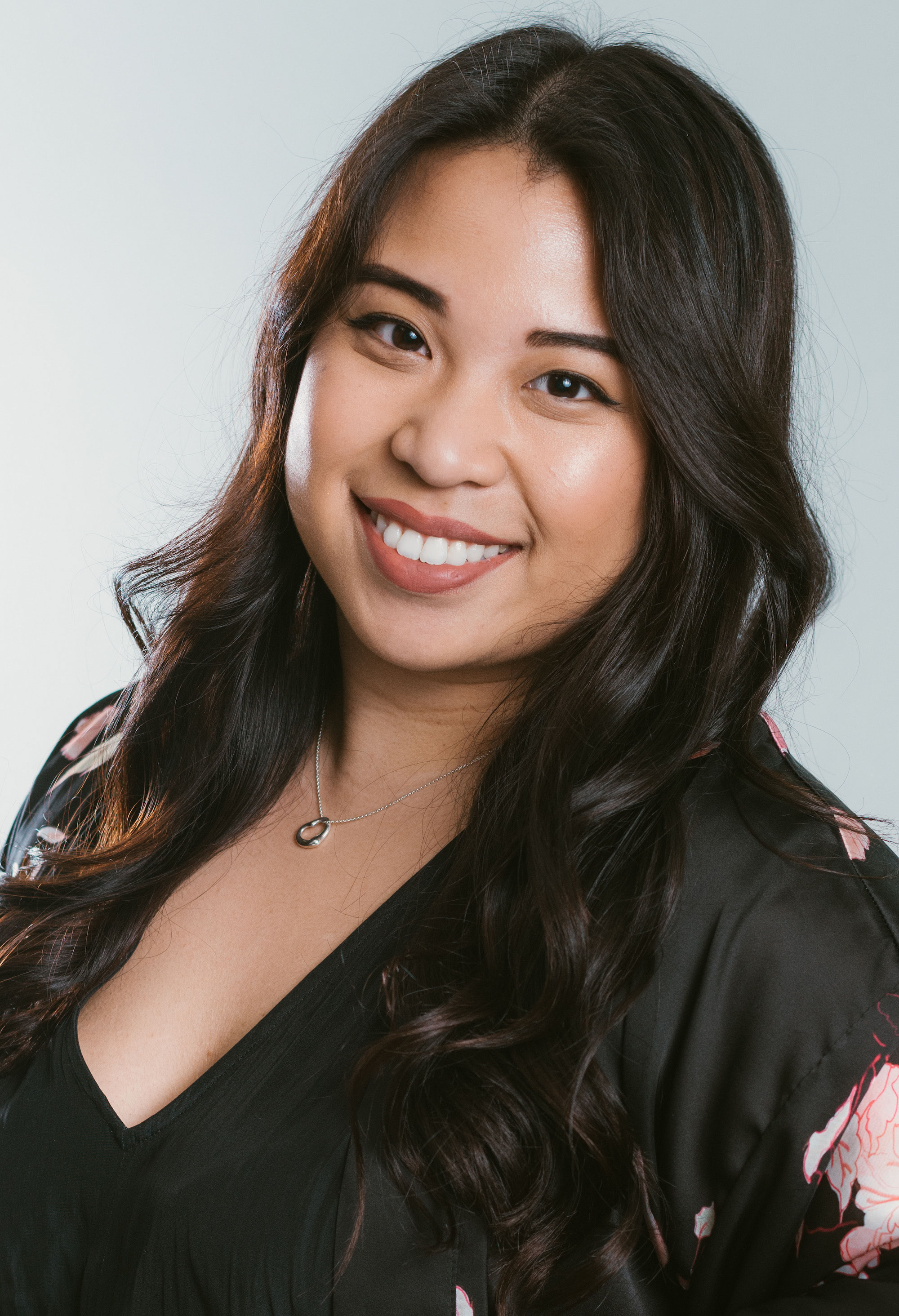 JF: Can you tell us a little about the Angel’s Bone opera? And what’s the story?

AS: Angel’s Bone is written by Du Yun with a libretto by Royce Vavrek. The story follows two angels who visit earth and they fall into the gardens of Mr. and Mrs. Xe. We learn at the very beginning of the opera that Mr. and Mrs. Xe are sex traffickers. They welcome the angels into their home, they groom the angels and then sexually exploit them. The opera has a couple of main messages, but it poses a large question. It talks about reclaiming one’s power, first of all, and creating awareness about youth sex trafficking and exploitation. But the bigger question that it poses to the audience is, do we value the youth in our community? And if so, are we willing as an entire society to truly look at our responsibility in the role of victimization of children? What this is doing is it’s allowing us, as a community, invites us, to have these conversations, to witness the truth of trafficking and sexual exploitation and to join in the conversation around the root causes of why youth are marginalized and victimized and to identify the systems that support and perpetuate the crimes. So we’re able to understand the true complexity of the trauma that these youth lived with who survived.

JF: In the opera, is the setting in Vancouver, or is there no setting?

AS: That’s a very good question that I feel like I should have the answer for.

JF: Ah, it’s okay, you’re not the writer, that’s fine! You’re off the hook. You play Miss Xe. Can you tell us if you’re the bad guy in this? 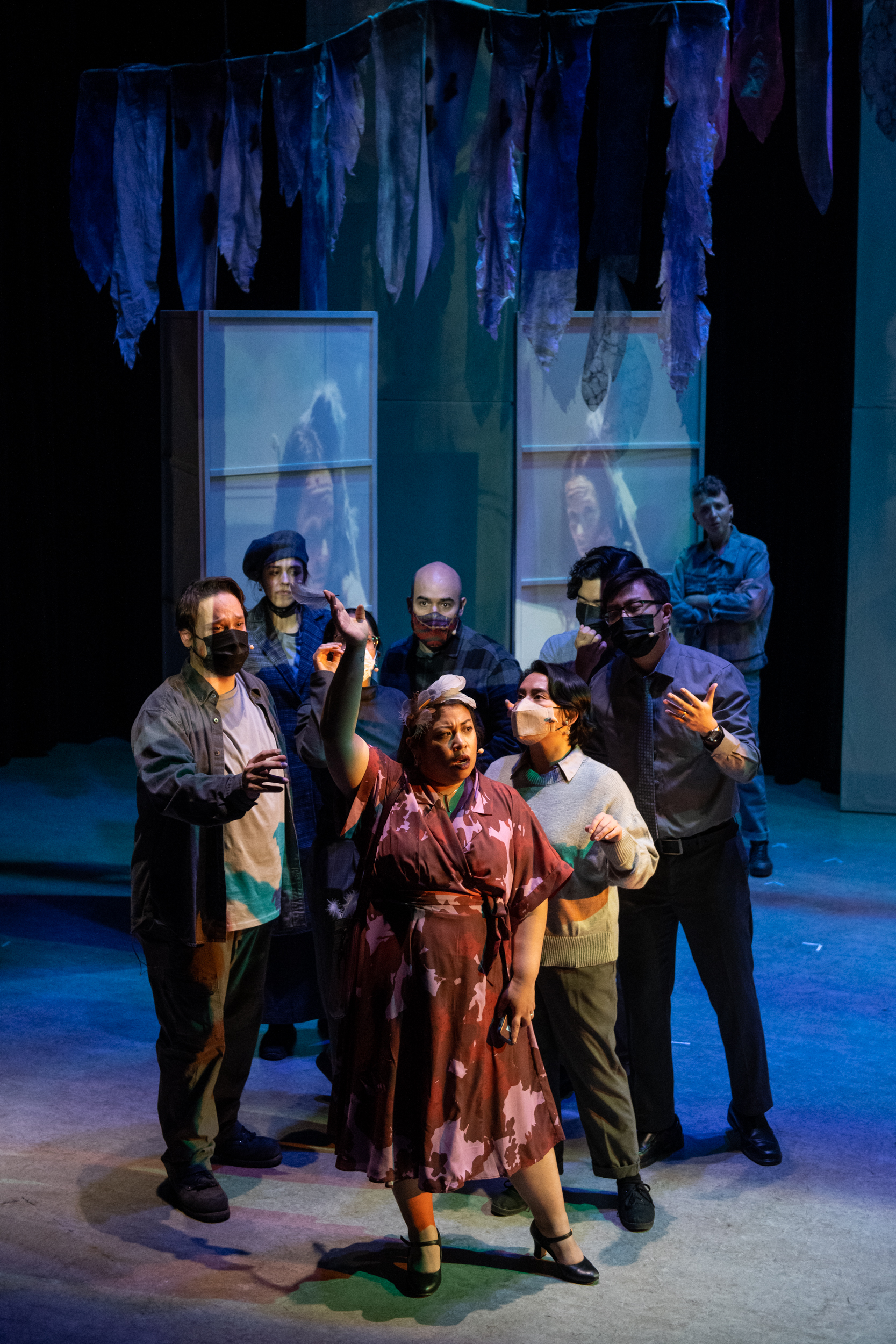 AS: Very, very complex. On the surface level. Yes. She is the bad guy. She is one of the bad guys. What we know from her just based off of the opera itself is that she’s one of the two main sex trafficker and she’s the wife of Mr. Xe. To understand a character this complex, we have to have these conversations where we navigate through her past. What we know is that one she is a sex trafficking victim herself. She was an angel. She worked for Mr. Xe when she was younger. Worked her way to the top of the system, and then she married him, so she’s standing by him and now they run this empire together.

Knowing all this information, it just makes her character that much more difficult to play because it’s just so complex, when everything she does has a reason behind it, and sometimes it’s not clear. Sometimes, she’s walking to the other side of the room away from Mr. Xe. But why is she doing that? Is there another reason, a bigger reason? On one hand, we hate her because she’s a sex trafficker. She’s sexually exploiting these children. But on the other hand, there’s this huge empathy that comes into play because we know that she was a victim or she is a victim and she was an angel. All this trauma that she’s experienced over the years, it defines who she is. Earlier, I said that one of the main messages was about reclaiming power. We see that through her journey, she’s looking for that freedom and the power but the person who defines that power is her husband. So then what? All she knows about power, success, happiness, is through manipulation by whatever he said to her, it’s a very tricky role to play and understand.

JF: In her role, she used to be a victim, but now she has a choice. She doesn’t have to be a victim anymore. She’s asserting her power, which is kind of unfortunate. Did a lot of your other experiences in other projects help you in this role? Or what kind of other projects have you been involved in? 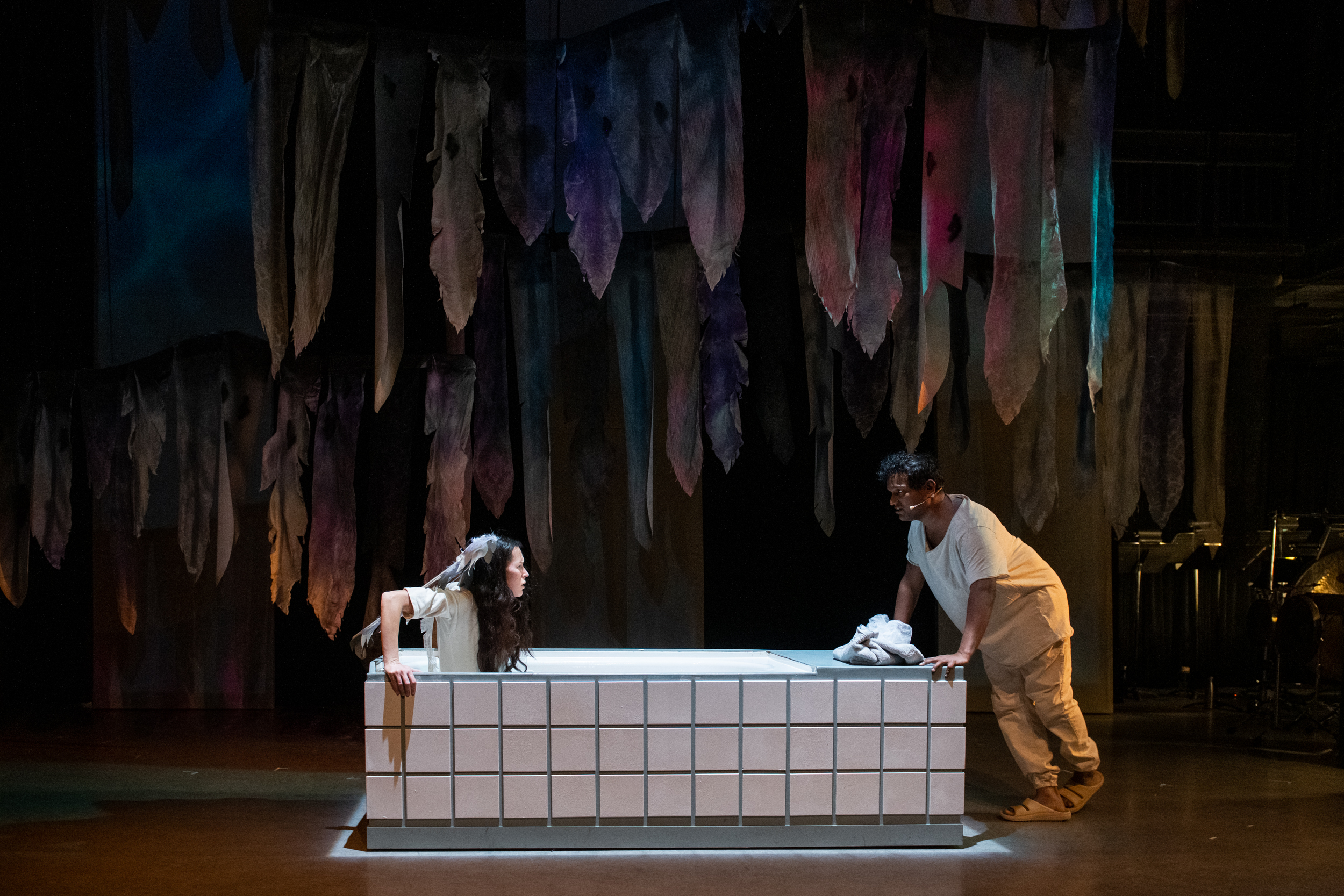 AS: This is the first project I’m in that’s not school related. I’m still a student at the University of British Columbia, doing an artist diploma. Everything before this has been school related, and standard operas, we did Le nozze di Figaro (The Marriage of Figaro), Rusalka, The Gondoliers; doing many characters for my voice type. I’m always a comic relief, the funny character, the one who has this to say or that to say, and she’s sassy and all that stuff. To do all these characters where they’re very, I don’t want to say one dimensional, but they’re very point blank. I’m doing this to cause this and then to do a complete one eighty to now have this character, who has all of this history, this backstory, that has so many reasons for why, this equals such a challenge for me. But exciting because now I’m thinking in a different way, and it feels to me there’s so much more at stake because it’s a real issue. It’s a huge societal issue that is not quite the same as resolved like the witch, Ursula, who’s just conjuring potions and, and you know, making trouble.

JF: Do you feel differently from your amateur productions to professional, was the tryout different or the people you work with? Does it feel different? 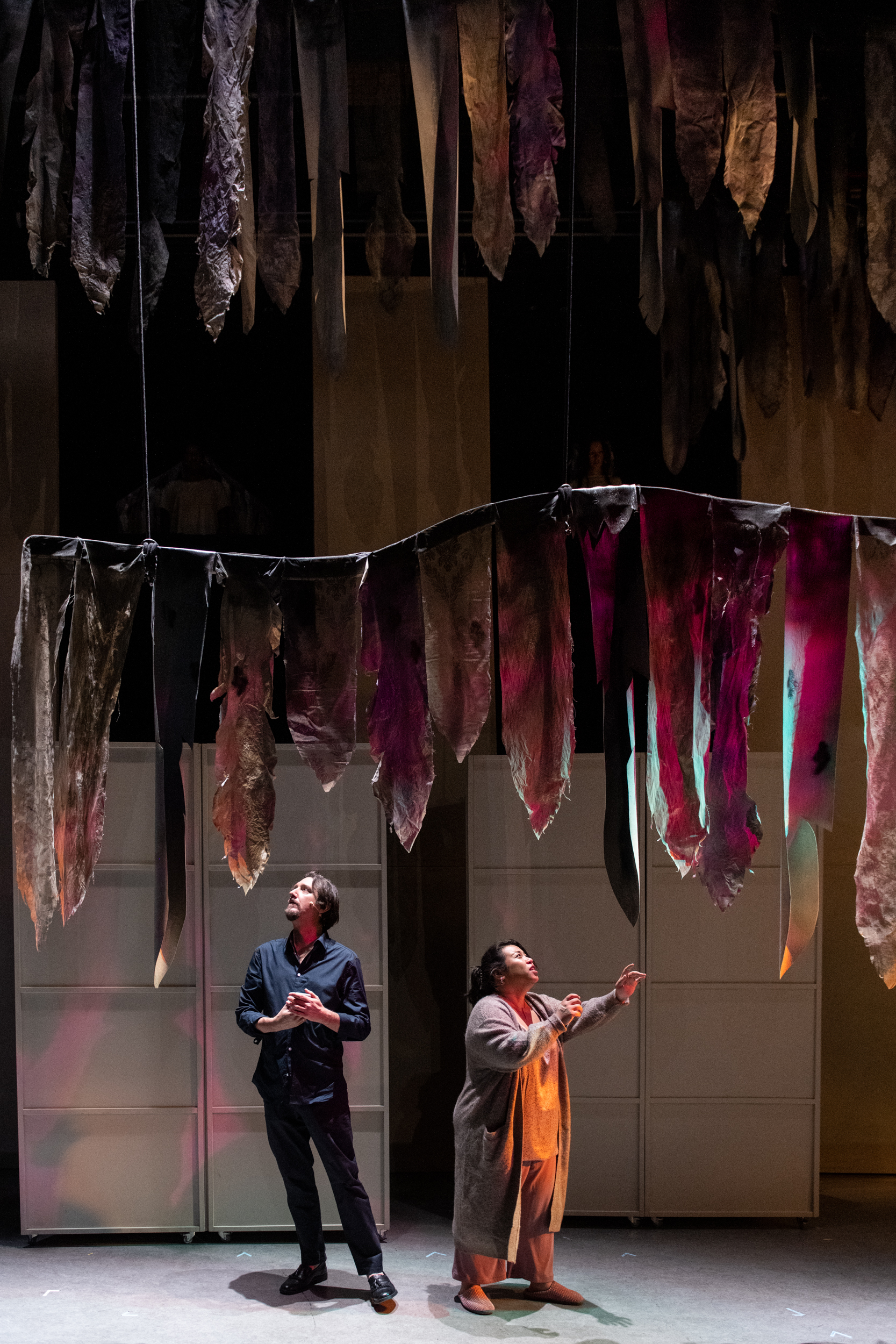 AS: The funny thing about the entire process is that the audition happened while I was at school, doing my master’s degree. Originally, I was so scared to audition that I actually pulled my audition back and said, “You know what, this is not for me, I’m sorry, blah, blah, blah.” I ended up putting in videos and going, “Oh, I’m actually not in the city. Here’s some videos!” while I was very much next door. A couple months later, they invited me, Naomi and Debbie, to an audition in person and I was like, “Okay, if these people have heard my videos, essentially seen me apply twice, and still want to hear me. There must be something in myself that they see.” It’s very, very different between school and the professional industry because at school, all of us at school are talented, of course, because why are we there? It almost seems like it’s necessary because we’re in a program, we have to do these productions.

JF: You have to get your grades!

AS: Exactly! We still audition just like everybody else, but it feels a little bit different. I see differences between the two, professional versus amateur works or versus student student production. The big difference is…actually, no, I take that back. There’s actually not a big difference. The community with Angel’s Bone is so supportive. I very much voiced how nervous I was going into this production. I almost said everyday to them I’m like, “I feel like a baby. I feel like a child because I’m scared.”  Everything is so new to me. I’d be lying if I said I didn’t research all of the singers when the casting came out. Because I just needed to know for myself and I was like, “Oh my gosh, all these singers are so experienced, and they have all these years ahead of me!”  But how do we get that experience if we don’t jump into it ourselves? It’s a very, very supportive group. Everyone is there to lift each other up and we’re all here to succeed and we all want to succeed together. They’re really amazing people. 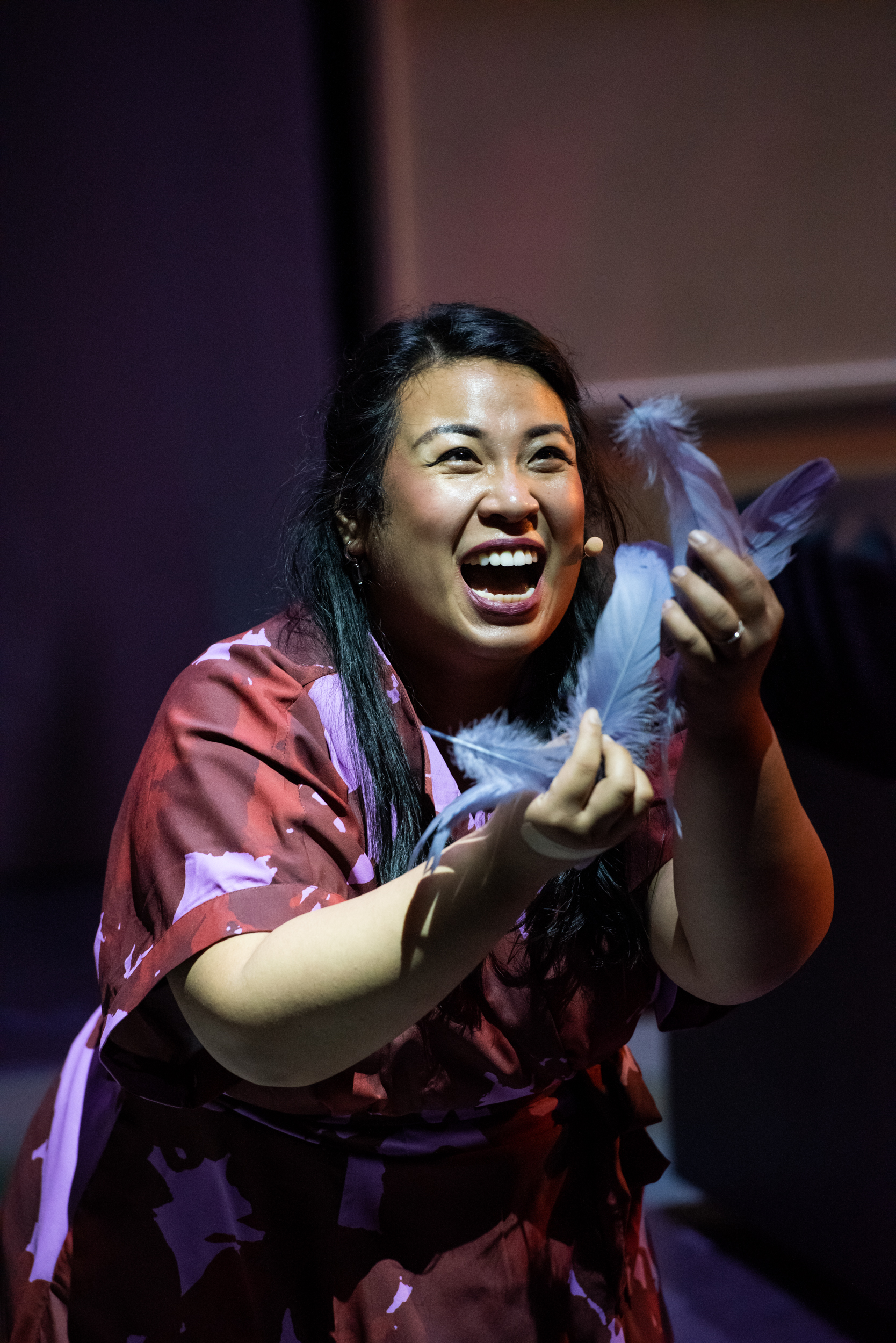 AS: You know, very point blank, I feel the diversity initiatives are helping people like myself. The opera world is very Eurocentric –  it started in Europe and it’s very rare still to see people like myself who consider themselves in the minority to be on stage, to be put in the spotlight.

Most of the time, we’re supporting characters. To see someone who is an Asian lead, is incredible and opens up the inclusivity. It does lower everyone’s chances of getting a job or getting this role or into a young artists program. But in my point of view, I’m very past being the only one in the spotlight for me, if you’re winning, I’m winning. If I see someone who looks like me on stage, my eyeballs already won. I feel like I’m succeeding because it’s just more steps and opportunities that open it up for all of us.

JF: Awesome! Now, do you have another project in the works after this is over?

AS: I have a few because I’m still in school. UBC opera is putting on the Florentine Straw Hat by Nino Rota, and I’m singing the role of the Baronessa who is again, very opposite to Mrs. Xe. She is just this louder than life character who loves to party and put on shows. It’s a comedy, which is really different from the subject matter of Angel’s Bone. But outside of that, I’m doing a collaborative project with another student from UBC. He’s a Filipino composer. We’re working on a piece for voice and wind ensemble. That’s very exciting. For me, I’m very muc 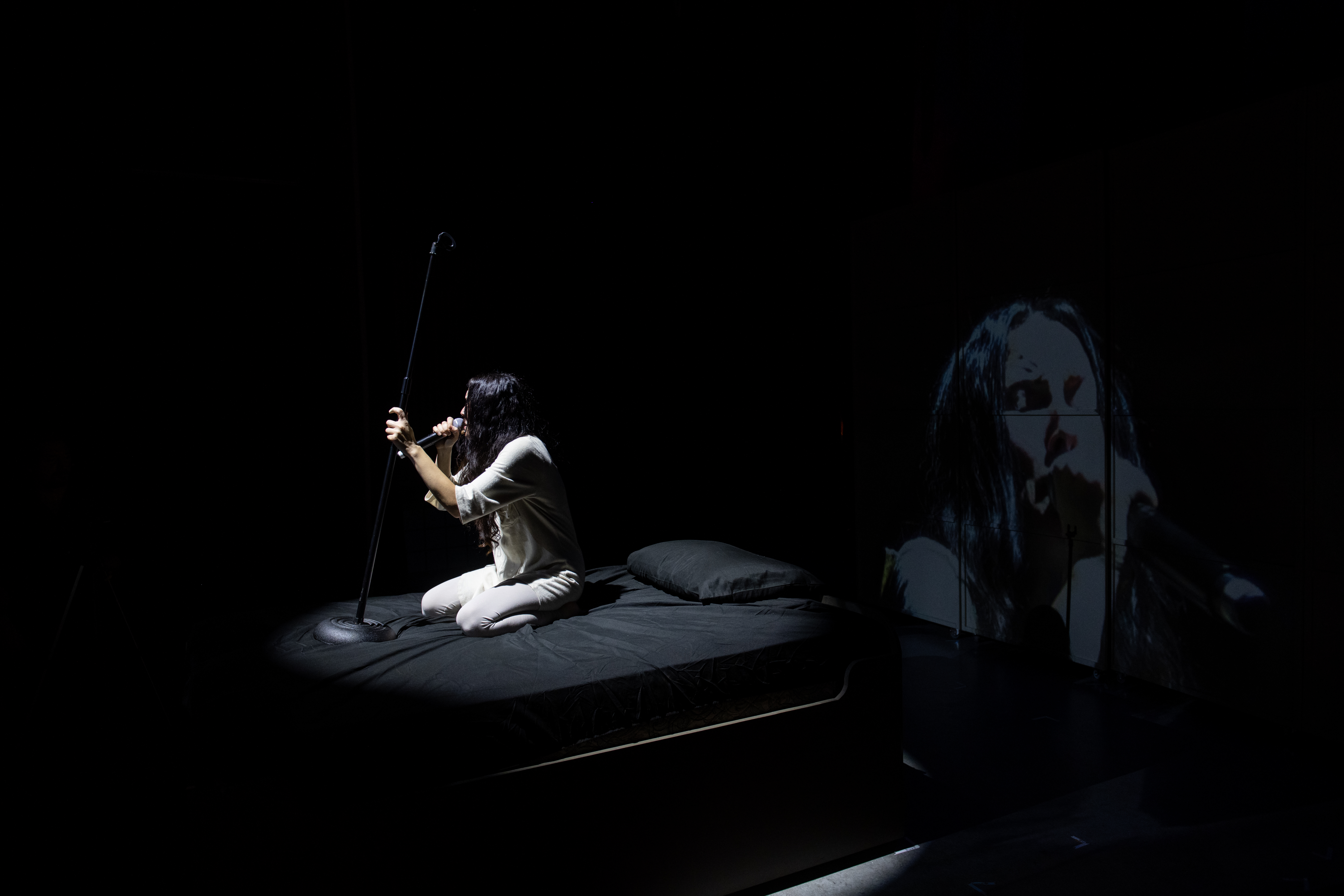 JF: Yes, It sounds like your other projects are lighter than Angel’s Bone. Thank you very much for taking the time to talk to us and I wish you well, and maybe in the future, we can do another interview.

AS: Yes. Thank you for having me!

For more information on Angel’s Bone tickets, visit angelsbone.eventbrite.ca. Tickets from $45. Nov 25-27, 2022 at The Annex Theatre as part of IndieFest.
Angel’s Bone will travel to Toronto in spring 2024.