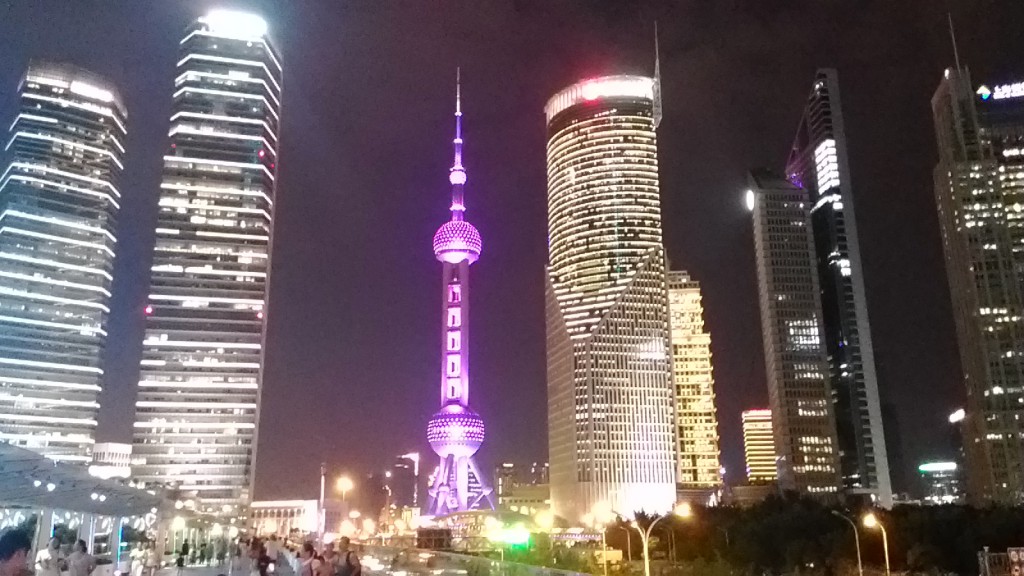 William Tham briefly took some time off from his studies to work in a laboratory in China, but eventually ended up leaving early. He caught a fast train and emerged in Shanghai, one of the largest cities in the world. This is an excerpt from his musings during his time there.

I found myself wandering solo in the French Concession; once out of sight of the towers and the monstrous elevated roads the city began to slow to a crawl again. I strolled past the Flatiron-inspired Normandie on Wukang Lu, where intellectuals once threw themselves to their deaths during the madness of the Cultural Revolution, and towards the beautiful gardens of Fuxing Park a stone’s throw from Dr Sun’s former residence. In the old days adventurers and politicians and gangsters set themselves up in the charming rooms of apartment houses which would not have looked out of place in a suburb of Marseille or the colonial streets of Hanoi, but now they were filled with stocks of rice and patchwork furniture and bicycles, the new owners standing at the windows and smoking their cigarettes behind the shade of the wutong trees that Chiang Kai-Shek so adored. In those leafy avenues I could pretend that I was somewhere else, but as much as I daydreamed that I was wandering through a French suburb, I would be reminded that I was in China once I returned to the massive junctions where bicycles and electric scooters went maniacally past, office workers happily having lunch on the roadsides.

When all was said and done, how would I remember the summer?

In Shanghai my mind was constantly filled up with the unspoken stress of travelling alone. Out on the streets where one wrong move could see me run over by a speeding Chery, there was no room for idle thoughts as I tried to navigate from Tianzifang to Xintiandi. But still I was happy. Each day was spent wandering out with little more preparation than a hazy plan of what I wanted to see and a pocketful of cash, fortified by Nongfu Spring bottled water and youtiao purchased from a roadside store.

Along the way I recalled the stories that I heard about the city. There was the Communist purge of 1927 by agents of the Generalissimo and the notorious Big-Eared Du, fleetingly captured by Andre Malraux in Man’s Fate, the streets of the Concession echoing with assassinations and kidnappings and brutal massacres. Then there was the Art Deco architecture of the city that was kept intact by the invading armies on December 8th, 1941. The spires along the Bund built by HSBC and other assorted multinationals, now serving as touristy reminders of their brief importance. And of course there was the decade of madness when the streets teemed with the trials and abuses of the Red Guards, quietly forgotten as Shanghai lurched into Deng Xiaoping’s new world. But nothing ever stayed still in the city. Apart from the few remaining lilong and shikumen houses lining its old streets, and the gentrified curving roads of the Old City, the entire metropolis was always on the move. I had no doubt that everything would change if I ever returned.

I became interested in Shanghai after reading JG Ballard’s ‘Empire of the Sun’ as a boy, and I spent a day wandering through his old haunts. My first stop was the house on the former Amherst Avenue where Ballard had lived as a boy, now converted into an upscale wine bar which still attracted a trickle of curious Westerners whose impressions of the city had been shaped by the novel. After that I ended up at the gates of the Shanghai High School whose vigilant guards stopped me from entering, peering at the main building of what used to be the Lunghwa Civilian Assembly Centre, which Ballard spent three teenage years cooped in until the atomic bombing of Nagasaki flashed over the skies 800 kilometres away. Last of all I ventured to Longhua station, where the old airfield where Japanese fighter planes waited at attention once stood, ready to continue the relentless advance into the interior where the Nationalist government hid in Sichuan’s vast interior. I was there in the ‘terrible city’ of his childhood, acquainting myself with the trappings of its colonial past. I tried to picture the Long Bar in the Shanghai Club, the clothes stores stretching down Avenue Edward VII, the refugees fighting for entry at the Waibaidu Bridge and the Great Western Road, clutching on their salvaged possessions, but it was no use. So many things had changed in the past seventy years that recreating the former city was just about impossible.

All of Shanghai seemed to be a party at 7pm each evening, where the lights of the Oriental Pearl flashed purple through the encroaching night and the soft orange lamps glowed to life amid the spires and domes of the Bund, parades of brides and grooms-to-be with their retinue of photographers lining up for space with the skyscrapers of Pudong as the backdrop. The crowds spilled on to Nanjing Road, where the crowd merged with the traffic and the cacophony of horns blaring from the taxis and tour buses and electric scooters, the beggars shaking plastic cups under the noses of the crowd at intersections, restless girls smoking in front of the quiet alleys, sometimes crossing the street in search of snacks. I drifted there every night for some reason, staring at the intoxicating skyline of an endless city, from the Customs House with its immense clock-face to the Swatch Art Peace Hotel, where Sun Yat-Sen had victoriously toasted his success at being elected President of China, and finally to the bright green pinnacle of the former Cathay Hotel, where a group of ancient musicians and a resident crooner still performed jazz numbers in the bar.

“You want girl?” A boy who must have been no more than ten tugged at my shirt sleeves as I wandered aimlessly. Naturally I ignored him but he followed as I snaked past Hongyi Plaza and towards the immense lines of the Forever 21 at 233 Nanjing Dong Lu. “You don’t speak Chinese? You Malaysia? Philippines?” the boy continued to follow me persistently, pulling out cards of women in tank tops. I sighed. It was frustrating being a male solo traveler in Shanghai, constantly harried by pimps offering massages and prostitutes. “No,” I sighed as I finally got to the escalator to the Metro, and off went the boy pimp, scouting the street for more unsuspecting customers.

Despite its cosmopolitan aspirations, Shanghai was still fundamentally Chinese. Confucian ideals and corporate plans influenced the layout of the city, and while politics and economics culminated in the topping out of smog-shrouded megatall skyscrapers, you could still wander into People’s Square in the evenings where old parents carrying umbrellas covered in the details of their unmarried children tried to set them up with prospective in-laws at the wedding market. Once in it I sometimes forgot that the rest of the world existed…the news of the drownings in the Mediterranean, the steel fences erected at the edges of Hungary, the nightmarish Tianjin explosion, and the sinking of the Eastern Star on the Yangtze as it propelled itself from Nanjing to Chongqing simply turned into vague stories at the edge of my tired brain.

My only regret was there would not be enough time to see the memorial to Ruan Lingyu as my solo travelling days began to grind to a halt. A lifetime before I sneaked into Chinese Film Studies at university, listening as the old instructor enthusiastically gushed about the famous actress who had overdosed on barbiturates in 1935. Perhaps I would be back one day, and then I would find it. But for then the cool air of September beckoned-after months in China I would have to return to classes once more in a world elsewhere.