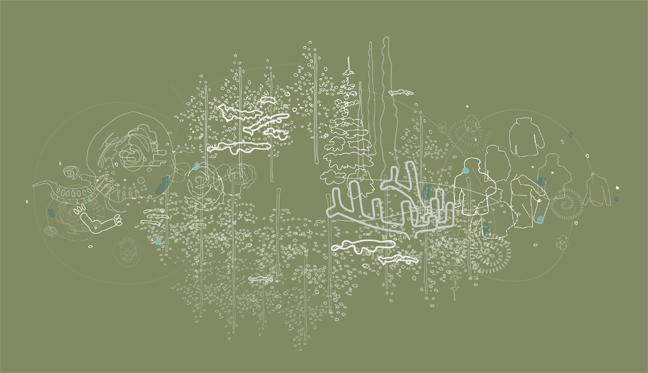 Taiga
is the name on the matching teal jackets
we bought on Christmas Eve so long ago
from the Taiga store
because it was three p.m.
and Mountain Equipment Co-op was closing
so their staff could celebrate

Taiga–
I’d never thought of the meaning till this week
when a young man wrote of “taiga”;
looked it up and learned
it means subarctic coniferous forests
bordered by tundra to the north
grassy plains to the south

Taiga
is also the name of the Japanese artist
who came to Canada. Taiga Chiba –
lived in the north, taught printmaking
influenced Inuit art 1995 to 2010;
The Museum of Civilization’s Inuit prints show
has opened at Nikkei Place

Franci Louann (Workman) grew up in South-Western Ontario. Her first poem of Asian empathy came in 1988. Franci’s best cars have been Asian. She loves chicken pho and Thai curries. A dental hygienist once commented that Franci’s molars had “Asian roots”. Franci’s poetry was included in Dorothy Livesay’s last anthology.