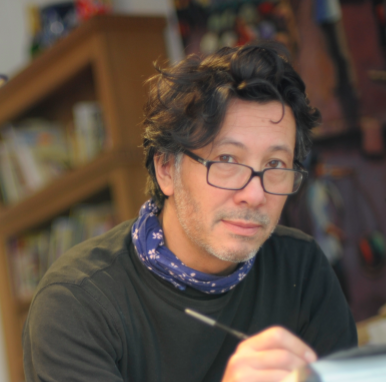 Marcelino Truong’s new book Such a Lovely Little War illustrates his childhood and family life during the early years of the Vietnam War. His father (a Vietnamese diplomat) and his French mother moved the family to Saigon in 1961, where his father became President Ngo Dinh Diem’s personal interpreter. Marcelino (a self taught illustrator) sat down with Ricepaper to explore the process of creating the graphic novel, how the story shines through illustrations, and his initial nerves in setting out to tell his story. 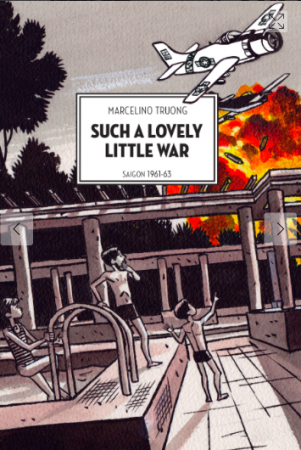 What prompted you to write this book, and why in graphic novel form?

What prompted me was that I had always wanted to tell this story, to tell about these two short but very eventful years I spent in Saigon as a child at the beginning of the Vietnam War. Later on, the war became huge from 1965 onwards. But between 1954 (the end of the Indochina War) and 1960, the Vietnamese were much left to themselves and that’s what so interesting about his period. It’s not very well known. We know about the American War, but before that this was our war, a war between Vietnamese and Vietnamese. Then it became big because President Johnson sent the conscripts and in 1967 there were 600,000 American soldiers in Vietnam. But before that, in my days, there were only 900 American counselors spread out in the whole of Vietnam. So this was still a very Vietnamese story, and this period is not very well known. This was the beginning of the Vietnam war.

The graphic novel opened new doors for authors. When I started off in 1983 the scene was different. In comics, there was a lot of insistence on doing adventure stories or stuff you had never had and never would be involved in. Of course I was interested in epic stories or adventure scenarios, but these were fictions I had never been involved in myself. So, the graphic novel is a new genre, within the bigger picture of comic art, that allows for this personal narration, a place to  tell your traumas, and which is much welcomed by many authors.

How do you think the experience of reading the book would differ if you chose to stick with a traditional non-fiction (maybe even memoir-esque) style?

The main difference is the visual component. It’s easier to read a graphic novel than a thick awe-inspiring history book, with dozens of footnotes, written by some scholarly don. A graphic novel can be easier to approach. Also, I think the graphic novel form allows you to instill a bit of humour into your narration, to relieve the tension of what could be an otherwise quite grave and sombre story. It allows enables you to evoke the lighter aspects of the historical bigger picture. In Such a Lovely Little War, I recall my childish pranks and the games I would play as a child with my siblings, like organizing betta fish fights and setting up crickets tournaments, games that all Vietnamese kids enjoy. Little things like that aren’t usually mentioned in history books, they’re just not the place for it. It also allows more room to show the way people dressed. I find that history books don’t insist enough on the visual aspect of things. 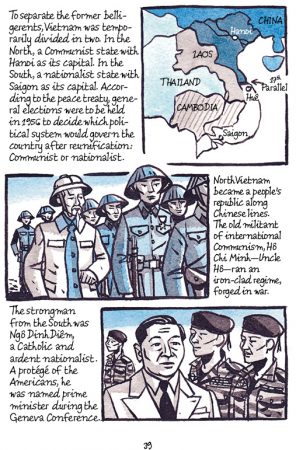 The difference in uniforms of troops in north and south Vietnam.

For example, there’s a page in my graphic novel where I  explain the political situation in the country when my family arrived in 1961. I recall the background of Vietnam’s partition, and juxtapose the images of the leaders on each side of the fence, also showing the uniforms worn by their troops. You had Ho Chi Minh in the North and Ngo Dinh Diem in the South. To me, appearances are very telling. Uncle Ho wore the Maoist tunic. His troops’ uniforms were very strict – collars buttoned right under the chin – a tell-tale sign of Chinese Maoist ideology. Meanwhile, down south, Ngo Dinh Diem wore black tie and a white suit. It was meant to indicate that South Vietnam was looking up to Western democracy models, and was willing to be part of the Free World. Our soldiers were fitted with Western uniforms and our elite units wore the dreaded tiger suits. This was a sort of blunder, because our French colonialists masters had worn the same outfits, and thus our opponents had a field day in saying that we were puppets, walking in our former oppressors’ shoes. The President’s white suit and black tie gave him the appearance of a neo-colonialist and a conservative bourgeois, while uncle Ho stood out as the Revolutionary Robin Hood.

How long did it take to research, illustrate, and write Such a Lovely Little War? What was the most difficult aspect of piecing the book together?

It took me about four or five months to write the story. I was very nervous because for thirty years or so, I had been learning my trade on the job, mainly as an illustrator. By the way, I have no formal education in the arts. I’m completely self-taught. For thirty years I had been illustrating other people’s texts and would only occasionally write short stories for young readers. I was nervous about writing the scenario of 260 pages story. To convince myself that I could do it, I really felt I had to write it in full. And so I did.  This was also useful to convince my French publisher that I had a good story. 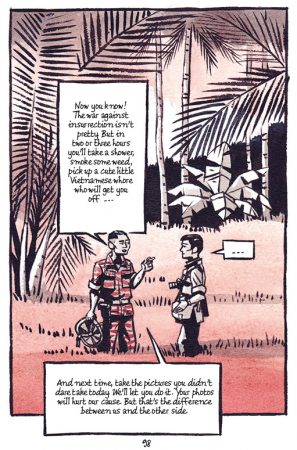 I produced a pencil-art page for each one of the book’s pages. The final illustrations look very much like the pencil-art they first began as. For me, the hardest part (and also the most exciting bit) is the pencil-art rough. My pencil-roughs are quite precise, as I consider that the closer I come to the final art, the better. Once I have done the pencil art, I feel more at rest. So, I began drawing roughs in 2010-11, and it brought me to June 2012. My publisher at the time wanted to publish by October of the same year. So, from June to September, I shut myself up at Saint-Malo, in Brittany, (Jacques Cartier, the famous French explorer, the first French settler in Canada on the East coast, came from St-Malo) to do the final art: 90 days working 16 hours a day, with no R&R, only popping out for a daily swim in the sea and taking a quick nap in the afternoon on the beach. Quite a marathon!

There is a wonderful mixture of memory and history in Such a Lovely Little War. How did you write with blending the two together?

I wouldn’t have been able to do it by just relying on my own memories, because I was only six when we left Saigon in 1963. Yes, I had many vivid images – I had loved those two years -, but I couldn’t have done the graphic novel purely basing it on my own recollections. It was like when you wake from a dream and you’ve forgotten most of it. You remember only 5 per cent of your dream…

Luckily, my French mother was a profuse letter writer, regularly writing home to her parents in France. My grand-parents kept all Mum’s letters and these were filled with facts about our daily lives. Mum would supply her parents with many vivid details, such as what schools we went to, what were our games, what sort of illnesses we had, what books we were reading, etc… My mother also chronicled the military and political situation, which was quite alarming, and much cause for anguish for her and her busy husband.

Of course, before writing the book, I also had endless conversations with my parents or other members of my extended Vietnamese family. I also did a huge amount of reading, and watched all sorts of documentaries and films about the Vietnam war.

When I started returning to Vietnam in the nineties, it was also very helpful talking with those members of my Vietnamese family who had chosen the other side, Ho Chi Minh’s side. It was very enlightening to hear their side of the story. Indeed, there are always two sides to a coin. 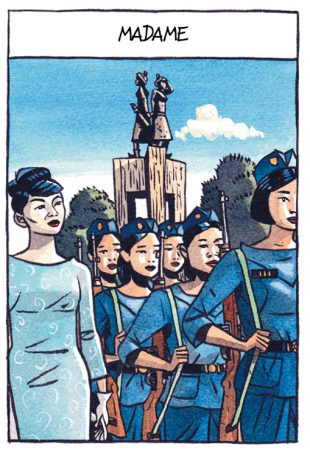 What’s something you would like to tell your younger self now?

I think it is very dangerous to live in a society where you hear one story all the time. Even if it’s progressive, it’s dangerous, you need to hear both sides. So, my message is that I am violently moderate. I speak out violently for moderation in politics. My message is stay away from radical politics be they left or right. Be open to more viewpoints.

Such a Lovely Little War is now available through Arsenal Pulp Press. Its sequel Saigon Calling, will be released in fall 2017, and will focus on Marcelino’s family life the swinging London of the sixties and seventies – the Pop counter-culture years – set against the backdrop of the Vietnam war. 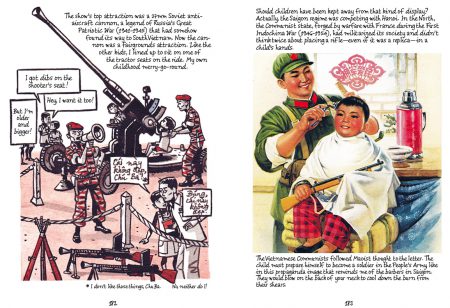 Thanks for that interview, wow self taught and -6 hour days !