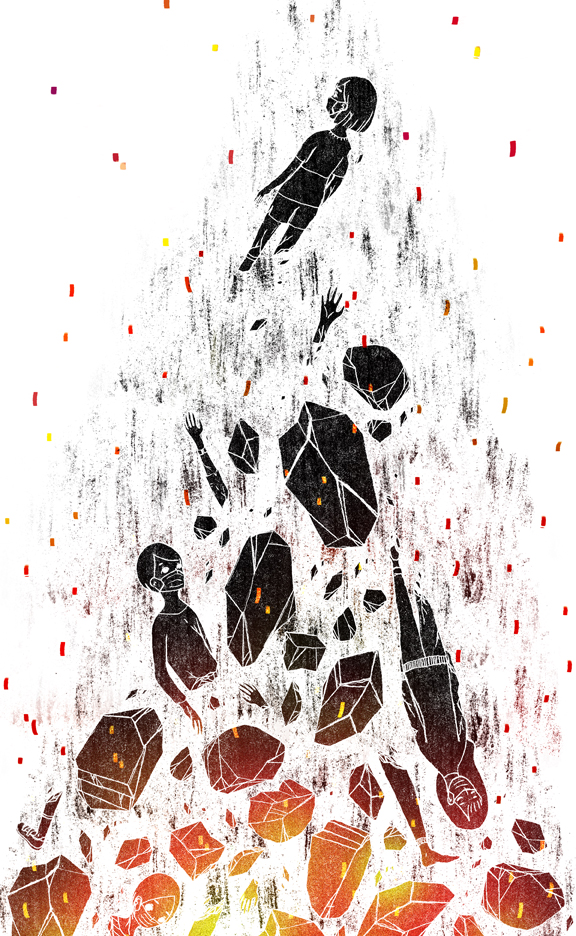 december 21, 2016 —
this morning, tens of thousands fled their homes in china.
since last week, half a billion people have been inhaling red alert air
more people than the populations of
the u.s., canada, and mexico
combined.
this morning, i stood at the corner of harbord and grace
soft snow settling on my nose and cheeks
like smog settling on the bones of beijing
thinking
every ounce of coal we burn is a body fed tribute to the flames
wondering
can i still call you my country
(it has been seventy two years since my grandparents last stood inside your borders)
asking
how can i help you breathe
because my skin meets snow instead of poison

today, millions of children did not see the sky

Jody Chan is an organizer, writer, and vegan-nacho-dip-maker in Toronto who writes poetry and fiction about family, mental illness, queerness, intergenerational love, and growing up in the Chinese-Canadian diaspora.