Alas, as a second-language speaker of English, I was fortunate enough to have it engraved in my brain and jammed down my throat at an early age. Having parents who were educated in England and growing up in a bilingual/bi-cultural environment really helped too. However, there were (and still are) idiosyncrasies of the language which native English speakers cannot explain. Oh well, it is what the linguists call “a natural language” and hence it evolves naturally and is shaped by its speakers. 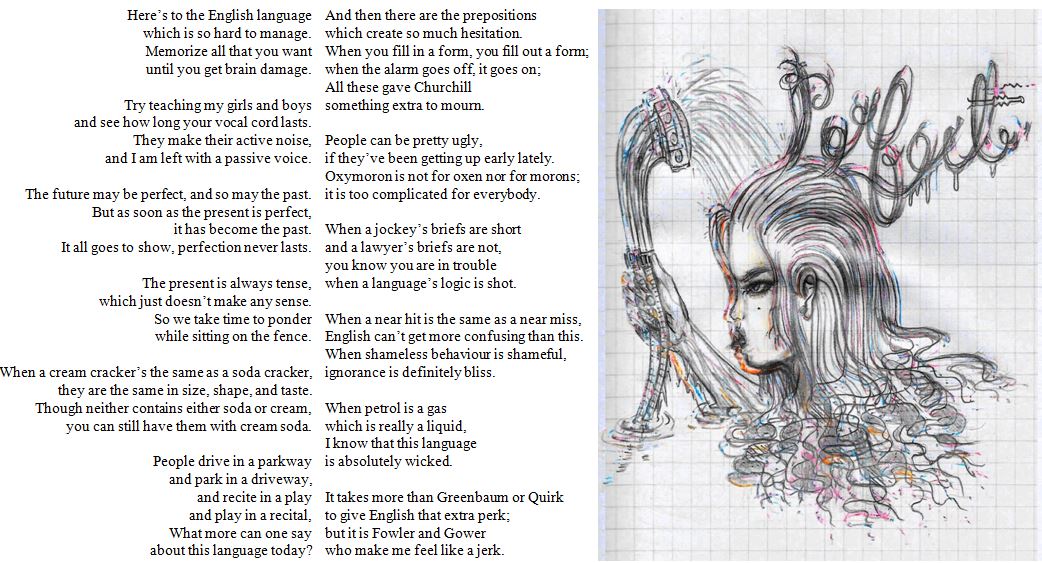 Just like many people before her, Caroline Y.M. Ng learned English before the term “ESL” was invented. This turned out to be an asset when she first started learning French in 1975 after her family immigrated to Canada. Caroline has since become acutely aware of languages and linguistics, and has been teaching English, French, and Chinese to learners of different ages. Her articles have been published in the UBC International House Newsletters and various professional journals. Caroline is also a photographer whose pictures have been exhibited on both sides of the Pacific over the years, six times in 2016 alone.