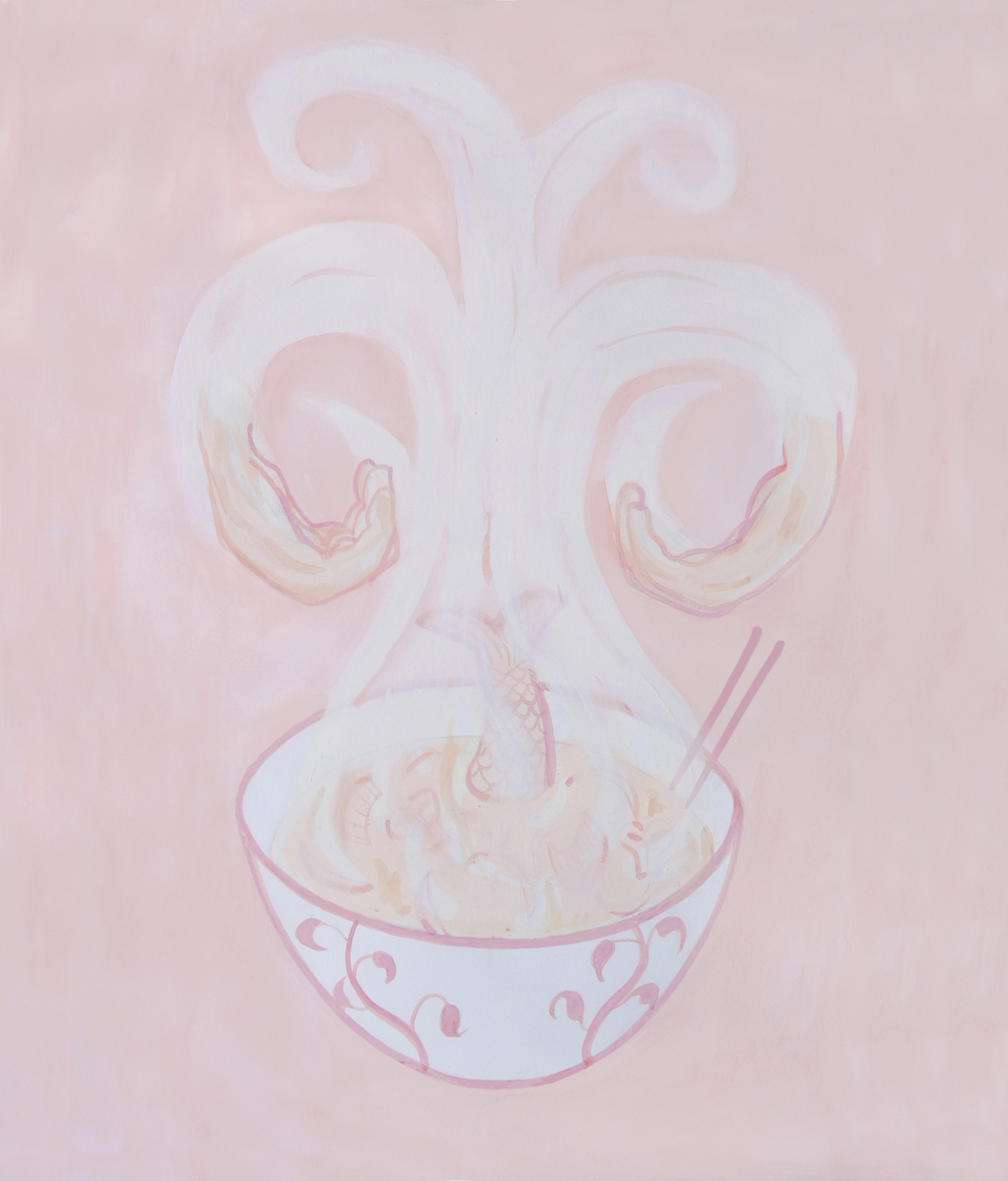 yeye says ‘pass the 醃黃瓜’ and i do, licking
the sour off my fingers. yeye points out the

steam from the fish stew and gestures with his hands,
mimicking a large cloud. yeye used to own

a general store in the 70s. yeye goes out of town a lot
for business, but tonight he is here, sitting beside my

nainai, his fingers intertwined with hers. yeye makes a joke
about the economy. yeye tells me

too much makeup. yeye prays for the food, thanking god for
all the 愛 we have around the table with two hands

Esther Chen is a writer and third year university student at the University of British Columbia pursuing her BFA in Creative Writing. She has been published in Poetry Breakfast, Poetry is Dead, NOISE, and elsewhere. More of her work can be read at estherchen.tumblr.com

Hi Esther,
Thank you for sharing your poem. As a person with Chinese background, I could really connect to the scene that you were describing in your poem “family dinner”. Family dinner is a very important tradition for the Chinese, as it is the time for the family to united, where all the family members gather around the table and talk about their day. Before I immigrated to Canada, I was living with my grandparents, so there would be a lot of people around the dinner table. Your poem really reminded of the time where I was able to have family dinner with my grandparents before immigrating to Canada.

Esther’s family dinner definitely reminds me of my own family dinner back to China with my grandparents. In China, many grandchildren live with their grandparents because parents don’t have time to take care of their children due to heavy load working. Like other families, my sister and I also lived with our grandparents. After retiring, our grandparents take all the responsibility of taking care of our living and study. Family dinner at home is a perfect time for us to express each’s daily things and eat balance nutrition food made by grandparents. Family dinner is a daily routine but it always brings strong connection between family members and feel the caring love from each other which is precious.