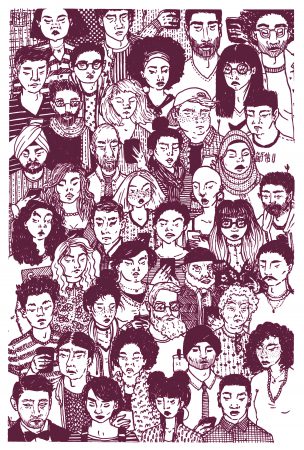 slow fish peer up against
throbbing nights, fragile
glass bodies
a perception wholly in the form
of a short past’s
relentless abstractions

don’t forget to ask about it on
the tour

faceless (wo)men loiter in semi-circles,
others make their way through the crowd
because no one else does and it just doesn’t
have the same effect that
it used to

Peyton M. Bechard is a graduate student at York University in Humanities, focusing on cultural differences on the divided Korean peninsula. He is currently working and living in Yanbian (Korean Autonomous Region), China and performing cultural and business exchanges with the DPRK. His work can be found at pmbechard.ca. This piece was written upon his first physical interaction with Seoul.