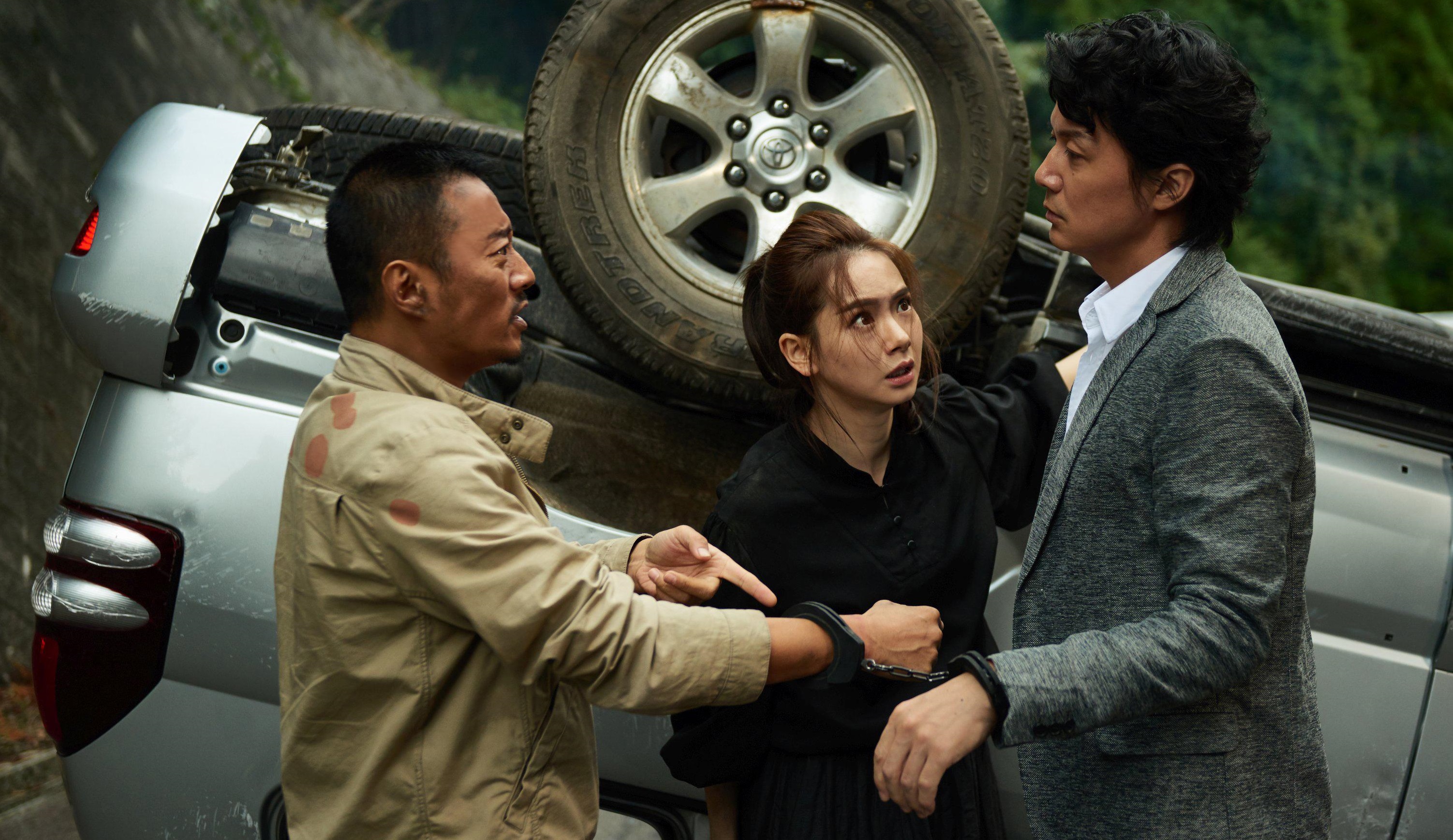 The laughter dropped often from the packed press and industry screening on opening night, but as the film wore on it was hard to shake off the feeling that their mirth was in fact mockery. Some rightly expected the film to be bloody awful, for its trailer had practically revealed how bad this train wreck would be. Hyped as a return to John Woo’s signature style of Hong Kong action after a decade working in other genres and featuring a cast and crew of East Asian talents, Manhunt is the second adaptation of Nishimura Juko’s 1975 novel You Must Cross the River of Rage. But it is foremost a tribute to Woo’s favourite actor Takakura Ken (1931-2014), who played the lead role in Sato Junya’s first eponymous adaptation in 1976.

Set in Osaka, the story uses the Hitchcockian device of an innocent man-turned-fugitive as its thrust. An expat Chinese lawyer (Zhang Hanyu) for a pharmaceutical corporation is framed for murder and hits the road when he learns he has been targeted in a brazen set up. The pursuit is led by a seasoned Japanese detective (Fukuyama Masaharu) who soon realizes more sinister details are behind the incident. Both then work to unmask the conspiracy. Fans of Woo’s brand of action may have high hopes, but the results are pathetic. The set pieces are boring since they largely rehash the innovation of his landmark 1980s films. Crucially, there’s a sense that Zhang’s fugitive character isn’t doing much to escape detection. There’s also zero chemistry among the cast across the board. This is especially true for Zhang and Fukuyama, who have their bizarre dialogue badly dubbed in English. The addition of two female assassins played by Korean actress Ha Ji-won and Angeles Woo (Woo’s daughter) is pointless and steals some shine from female lead Qi Wei, whose character is otherwise too trivial to matter.

Although Woo didn’t intend to film a remake, comparisons are inevitable with the original film. For all its faults, Sato at least knew how to plot a story well. He knew the premise of the tale was survival and ably processed the narrative as adventure. His version of the chase unfolds over a fortnight and criss-crosses Japan: starting in Tokyo before heading north to Hokkaido, then south to Nagano before circling back to Tokyo. Along the way we get thrills and spills in spades: encounters with nature and wildlife, a grand escape in a Cessna, and clever use of horses to ride out key scenes. Sato also grasped the basics of dramatic structure, knowing when to reveal certain things for suspense. His best move was not to divulge the depth of the conspiracy too early. To top it off, he brought rich characters to life. Takakura’s turn wouldn’t be as iconic without the supporting roles of Harada Yoshio as the coarsened detective in shades, overcoat and an arm cast, and Nakano Ryoko as the sweet and freewheeling love interest who is without a doubt the film’s true hero.

While not well known internationally, Sato’s film was received with great passion when it was first screened in Mainland China. Reportedly it was among the first foreign films to be shown there two years after the end of the Cultural Revolution in 1976, where its affection among the Chinese—but especially for Takakura Ken—has endured. If there’s a silver lining to be found in the ashes of Woo’s remake, it’s that he and his team deserve thanks for bringing Sato’s classic to the attention of a newer generation of filmgoers.