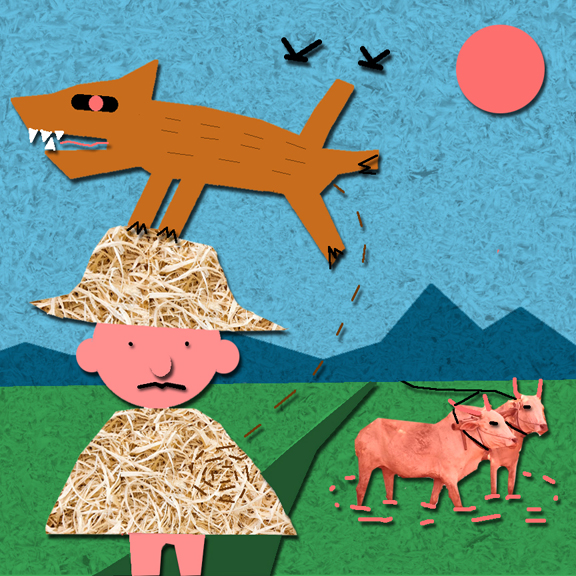 You were the Sawdust Boy. That’s what everybody called you back when there were no electric stoves in the village.

Elderly women making bets with their husbands’ cigarette money on the street corner would look up and shake their colourful playing cards at you as you walked by. Men, brown-bodied from the ache of the noon sun, tipped their straw hats at you as they led their oxen out to the paddy fields. As you dragged your canvas sack down the road in the late afternoons, the smoky smell of sawdust leaking into the air, even the geese would stop in their tracks. Waddling by the dirt path to watch you, they unfurled their wings in deference.

Your father would painstakingly fill a sack with sawdust each day after working in the construction site. All the sawdust from sawing and grinding and sanding. All the sawdust muddied in sweat and dirt and mortar. He would bike miles back home, sack on the handlebars. The bike teetered like a drunk.

You were in charge of drying out the sawdust to feed the stoves. In an abandoned corner of the schoolyard, you would scatter the dust to bake under the sun, then leave to kick around a battered soccer ball or work on your multiplication tables. Sometimes you would return too late, outrun by storm clouds. Whenever you looked out into a swamp of dirt powder, you thought of dark, hungry faces.

Once your sister went with you to collect the dust. That day, the sky was the clearest blue without a streak of cloud, to your relief. You both walked in silence toward the schoolyard. You were spitting on the ground to make her laugh, but she shaded her eyes, peering ahead. Her face crumpled.

A brown-haired stray had moved to the centre of your sand pile. Twitching, its left leg raised off the ground. The beige field of sawdust darkened like a bruise.

I like the illustration of the dog and the sawdust boy. It goes well with the story.