‘Plump’ by Jordana A. Green (Part One)3 min read 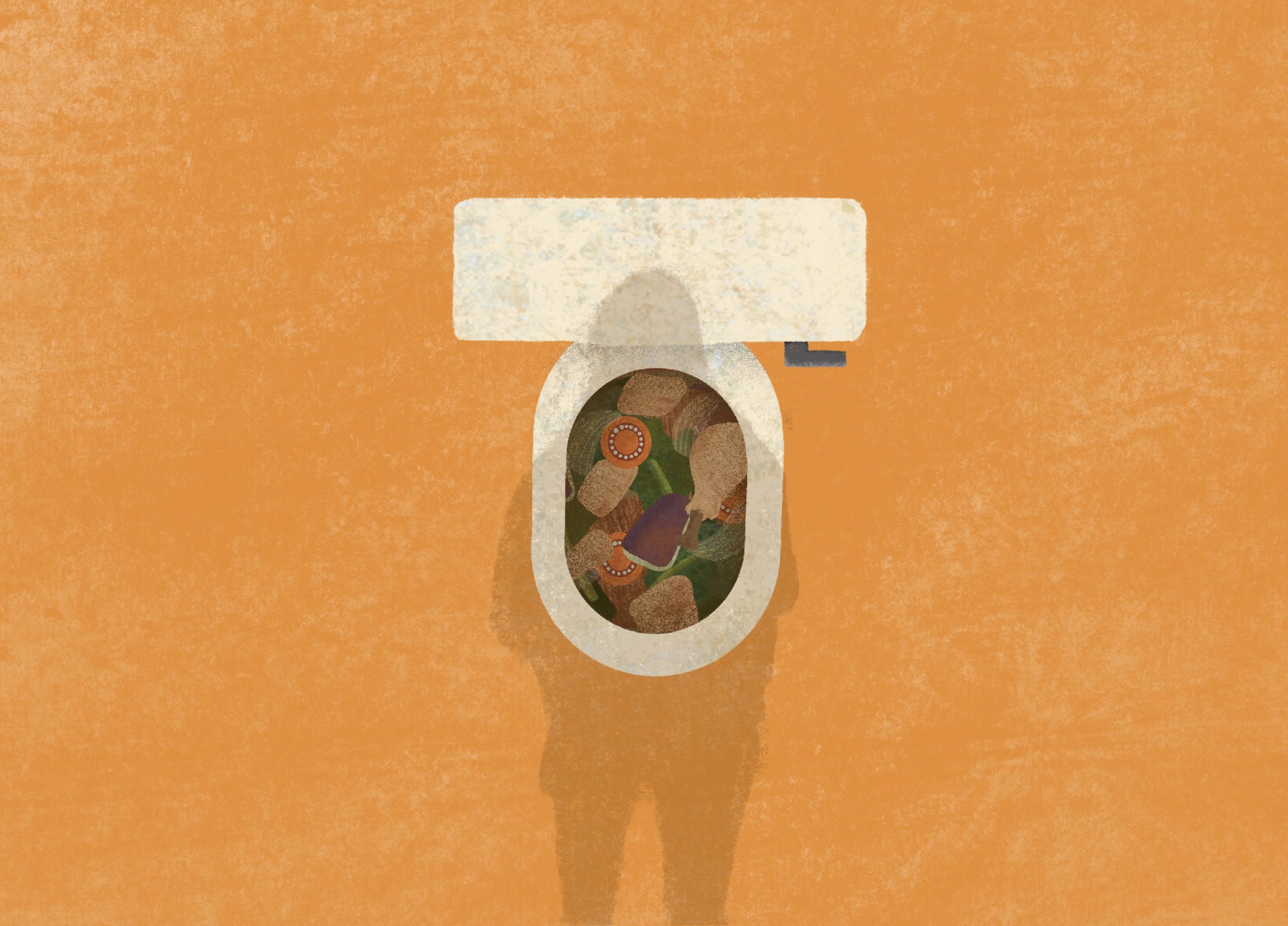 When I was eleven, my mother would often feed me sinigang. It was my favourite food — the puffy rice; the mounds of soft spinach; the flesh of a tomato, in shreds, as bright red as my mother’s love, floating in this sea of sweet and sour soup.

Sometimes I would eat while sitting on the couch. The brown, wooden collapsible table meant to be folded up and tucked away was a fixture in our living room. It became my sole companion, coaxing me to eat, holding my food like a mother holds her baby. When eating in this state, my eyes would stay glued to the TV. I watched a yellow spotted dog crave soggy sandwiches while the plump mounds of rice dissolved into my stomach.

Sometimes I would eat while horizontal, lying down on the couch, both feet up with the bowl balanced on my chest. As always, my eyes would stare, transfixed, at the TV. I would drink down the broth and drowned rice like it was an umbilical cord, my tether to reality, eyes focused but mind floating, drifting along the waves of a warm ocean.

In the living room, I would always make sure the sheer curtains enveloped me like a safety net, protecting me from passersby or my classmates dropping by unannounced. If the phone would ring, my heart would stutter. If I heard a knock, I would bolt faster than my chubby legs could carry me, taking cover in the safety of the kitchen.

My mother answering the phone in tagalog meant I knew the small pool of people she could be talking to. The titas I wanted to see were few and far between. I imagined my false aunts to be mirrors of an alternate reality, exposing parts of me I thought were safe from view. At every party, they’d pinch my cheeks, with a slight smile.

I’d wonder, how did they know these shameful thoughts inside of me? Underneath their distorted smiles lay a quiet knowingness, their critical ability not unlike the third eye. This dissonant version of my aunts would render me mute, a girl in the corner eating her lumpia with her head hung low.

Jordana A. Green is a mixed race Filipino-Canadian artist and arts administrator. As part of the multidisciplinary group Sad Karaoke, she released the zine “Sad Karaoke Vol. 1,” featured in Tea Base x The Myseum of Toronto’s Quarantine Qapsule (QQ) digital archive.

Katya Roxas is a Communications and Design Strategist at the University of British Columbia. Katya has experience with branding, content creation and social media and has a Bachelor’s Degree in Multimedia Arts, specializing in graphic design and illustration, and a Diploma in Digital Marketing and Communications. Born and raised in the Philippines, Katya is well-versed with the sacrifices and opportunities that come with being an immigrant. Through her experiences, she strives to break the barriers of cultural misrepresentation by creating honest and inclusive visual expressions.