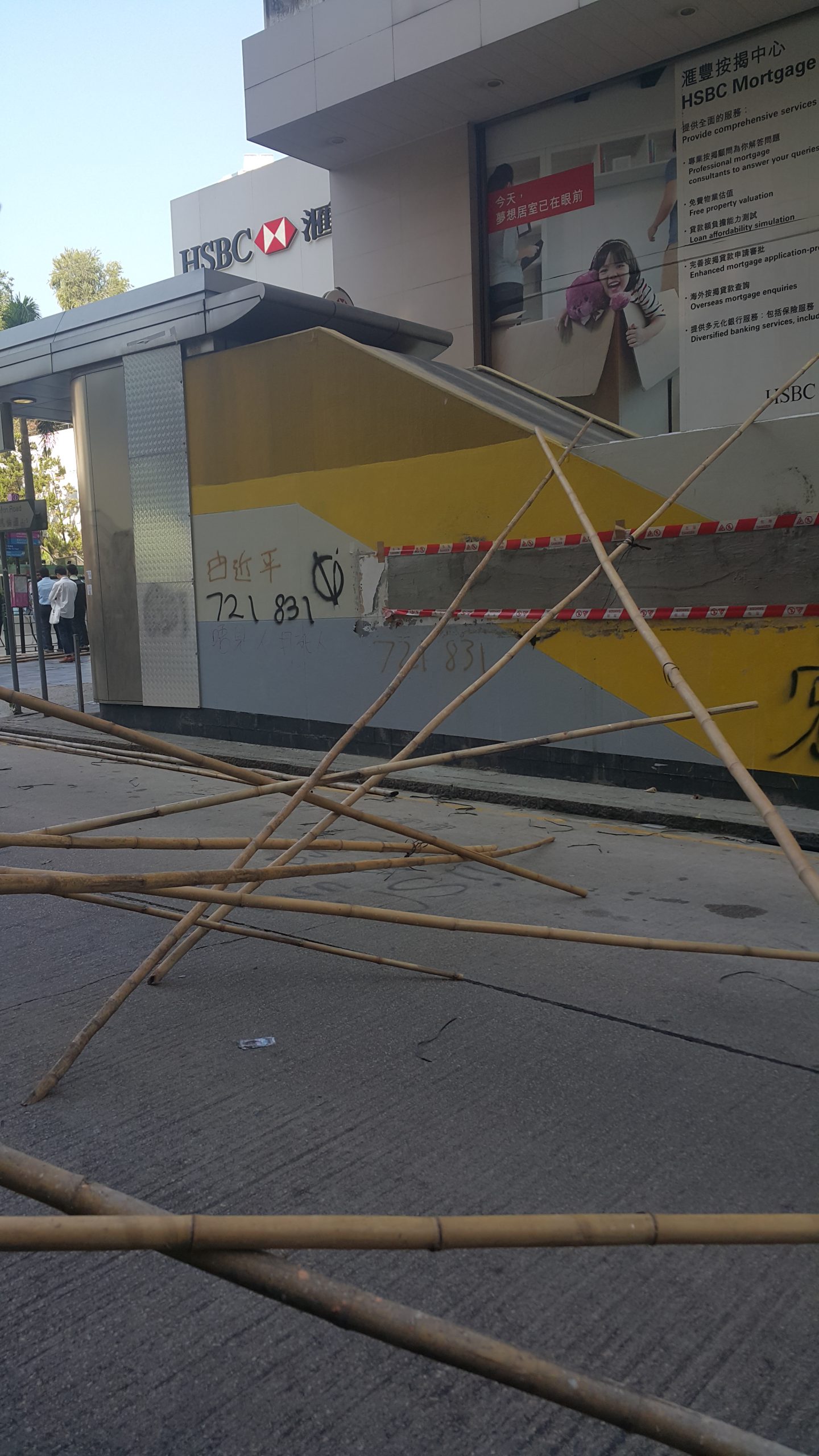 This is how it may start to end,
round of applause for the chief exec
to exit, quaintly hugging
in a photo op her family,
handshake, flowers.

There is no such easy exit tho,
one side wants blood,
the other penance,
and she must feign a decision
between staying and going.

I’ve never given so much thought
to anyone who stands before
a podium, prim and proper.
What may not be apparent
is that we too have given all we can,
so what’s left? Choices
that cannot be choices
she presents.
………………..Behind the lectern
then, she nods at the city’s voices
and mustn’t hear, because that
is her function, duty, to keep us safe,
harbour us from our own darkness.
Maintaining a steely certainty,
she looks into the camera, makes mention
of “law and order”, “regretful that…”

Joss paper tossed in the air,
cinching as tho a salient joke,
asking “what if, what if.”

Sam Cheuk is a Hong Kong-born Canadian poet and author of Love Figures (Insomniac Press, 2011), Deus et Machina (Baseline Press, 2017), and the upcoming collection Postscripts from a City Burning (Palimpsest Press, 2021) on the 2019 protests in Hong Kong and their aftermath. He holds an MFA in creative writing from New York University and a BA in English literature from the University of Toronto. He is currently working on the second half of the diptych, tentatively titled Marginalia, that examines the function, execution, and generative potential behind censorship. #香港人加油 #StandWithHongKong