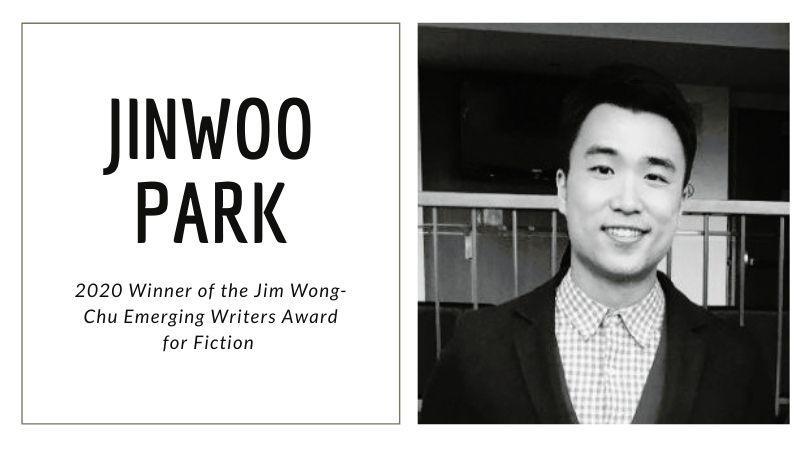 The Asian Canadian Writers’ Workshop (ACWW) is pleased to announce Jinwoo Park winner of the 2020 Jim Wong-Chu Emerging Writers’ Award for his manuscript The Oxford Soju Club.  Shortly after the North Korean regime change, Yohan Kim, a North Korean intelligence agent based in Brussels, is on the run after the assassination of his mentor, Doha Kim. Disguised as Junichi Nakamura, Yohan is tasked by the dying Doha to find Dr. Hongjin Ryu, a high-ranking intelligence officer who has gone missing.  He follows the only breadcrumb he has been given: Soju Club, Oxford.  Park’s accomplished fiction manuscript is a riveting “tale of mystery and intrigue, C.I.A. agents, false identities, betrayal and love, each character committed to their own cause.”

Jinwoo Park, a writer based in Montreal, has won the Jim Wong-Chu Emerging Writers’ Award for his manuscript, Oxford Soju Club. Jinwoo completed his Master’s in creative writing at the University of Oxford in 2015, and has been working as a marketing professional in the tech industry since and is active in scripting for film and video games.

The award presentation was featured as part of the Asian Canadian Writers’ Workshop event at Word Vancouver 2021, “After the End, Came the Beginning.” The event was hosted by ACWW’s Todd Wong, featuring Madeleine Thien (Do Not Say We Have Nothing, Penguin Random House), Jamie Liew (Dandelion, Arsenal Pulp Press), and Ann Shin (The Last Exiles, HarperCollins).