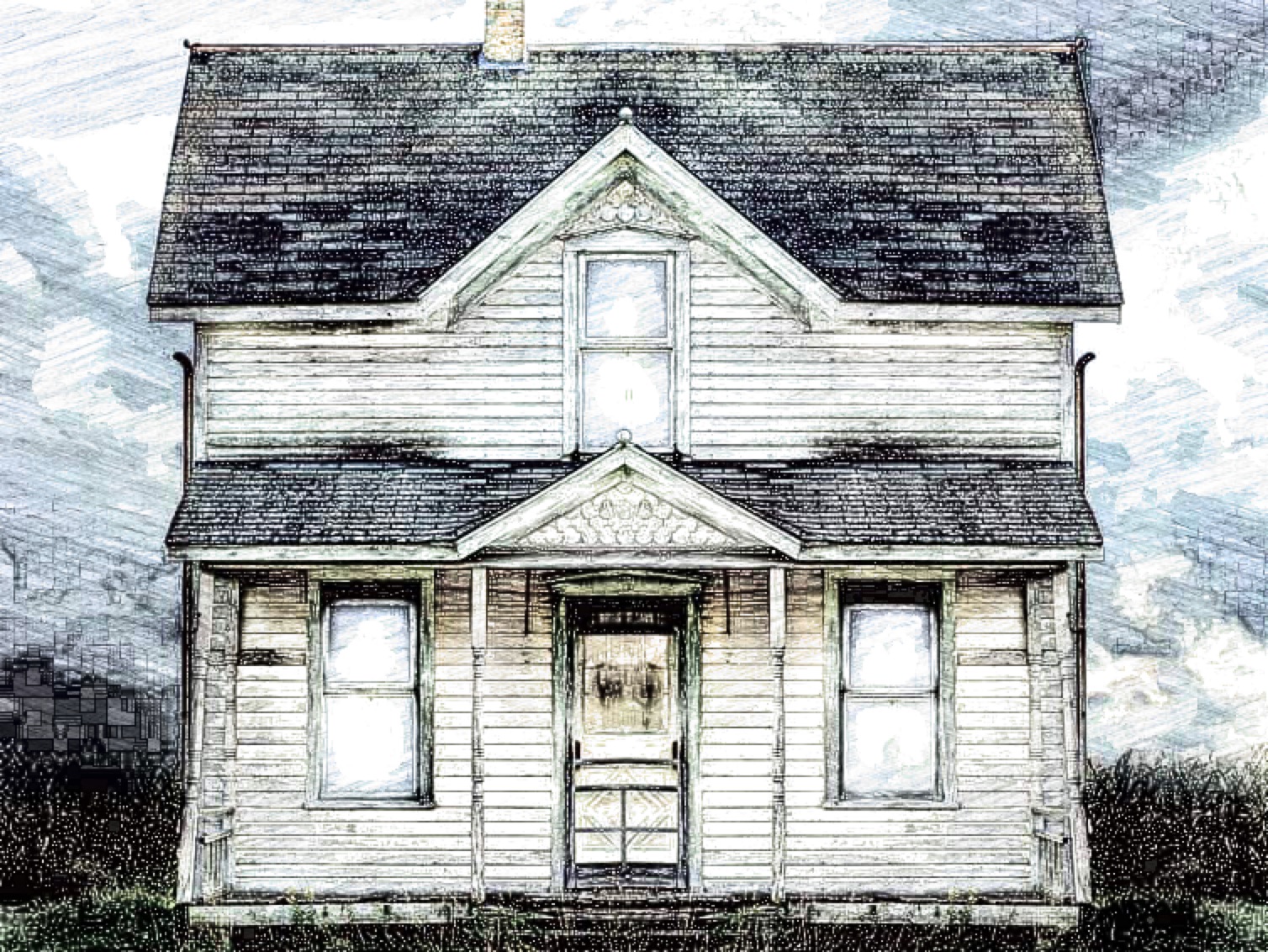 Trigger warning: Contains depiction or discussion of violence and death.

It’s been a year since COVID-19 restrictions prevented Minhua Zhang from leaving the Lis’ house in North York. Tears welled in her eyes and trickled down her skinny cheeks as she stared at the blood glucose meter in the kitchen. She no longer wanted to live like how she had lived in the past. She discontinued her high school education as an international student to marry the Lis’ ne’er-do-well son in exchange for a betrothal gift. She did it for her parents. They kept pressuring her to give them a return on their investment for her education in Canada. The Lis were good to her at first but after she gave birth to Sam last year, they’ve only let her eat their leftovers, and now she has developed low blood sugar. She couldn’t take it anymore. She wanted to leave.

“I’m going to call the police if you keep treating me like this!” Minhua yelled in a fit of rage and threw down her apron and ran downstairs to the basement. She was going to retrieve her grammar notes and figure out how to go back to school.

Minhua’s yell lingered in the dining room where Mr. Li’s thoughts flashed back to his graduate supervisor. He looked at Mrs. Li and James who became still and stood aghast. They were in the middle of adjusting Sam onto his high chair.

“She’s reached her limit. It’s about time we get rid of her.” Mr. Li rolled his chair towards his laptop on the dining table. Through network and hypocrisy, he had obtained a full-time economics faculty position at the University of Toronto. He had learned that the easiest way of obtaining justice was by taking advantage of other naive, kind, and weak people. He deeply believed in life that the end always justifies the means.

Mrs. Li sat down to listen. James stared at his father. “How?”

“She’s in the basement now. There are no windows there and we can lock the door from outside. She’ll die without food and water. We’ll turn off the heat too. It’s the perfect time to act. We’ll say that she died from COVID-19 during self-isolation.” Mr. Li turned on his laptop and started punching in his credentials, “James, check if Minhua’s cellphone is still in your bedroom. If so, go and lock the basement door from outside.”

Mr. Li cut him off and pointed at the bedroom, “Just do what I say quickly before she leaves the basement. I’ll explain later.”

James scurried anxiously and flew to the bedroom, but then flew back with excitement. “Mom, Dad, that stupid girl left her cellphone in the room.” Mr. and Mrs. Li nodded to give the go-ahead, and James tiptoed downstairs.

Minhua turned on the lights inside the basement, and found her notes within boxes of unfinished school work. She started flipping through them and smiled when she found Jennifer’s contact card bookmarked between the pages. Jennifer was her high school tutor and has been the only person who has ever cared about her.

Boom, the door shut with a deafening bang.

Minhua jumped, startled. She turned towards the door and saw it closed. She quickly ran to the door knob. It wouldn’t budge. It was locked. There was no wind. She stood still as it dawned on her that someone had locked her in. Again and again she pulled forcefully at the knob. Her hands hurt. She was petrified with fear. Was it because I said I’d call the police? She looked around, several boxes placed against the walls, no escape in sight. “Open the door! Open the door!” She kept knocking and screamed on top of her lungs.

James tiptoed back into the dining room. “Dad, what if someone performs an autopsy?”

While he searched for the closest cremation service, Mr. Li patiently explained to his son as if he was lecturing his students, “When a family member dies of illnesses in Ontario, without obvious trauma, an autopsy is not needed. We can get her cremated right away by sending in two forms to the funeral home. I’ll ask my colleague to sign her Medical Certificate of Death indicating COVID as the cause of death.” He was confident that Dr. Thomas, the family physician who had just joined his research team, would help him.

“What if her parents ask?” James frowned.

Mrs. Li smirked. “That’s easy. Just like our betrothal gift, money will silence them.” She went into the kitchen and brought out their green onion pancakes. “It’s time to eat.”

James saw his parents’ confidence and felt calmer. He sat down and busied himself with feeding Sam.

The Lis took turns to make sure that the door remained locked for the next ten days. It was music to their ears when the sounds downstairs gradually decreased to nothing. On the eleventh day, Mr. Li emailed the Medical Certificate of Death to Dr. Thomas and called him, “Hello Dr. Thomas, I’m looking forward to meeting you in-person soon. Listen, I need your help. My daughter-in-law died from COVID-19 during self-isolation. It’s been very difficult for me and my family. I’ve filled out her Medical Certificate of Death and emailed it to you. Could you immediately sign it and send it back to me so I can submit it to the funeral home? We want to get this over with as soon as possible so that we don’t have to prolong the suffering.”

“Hello Professor Li,” Dr. Thomas hesitated, “I’m very sorry for your loss. I would be happy to help…but I never knew that she had gotten COVID-19.”

“I swabbed her with my testing kit.” Mr. Li responded with as grave of a voice as he could muster, the same voice he was known to use to terminate research partnerships. “Do you not trust me?”

Dr. Thomas stuttered. “Of course, I trust you. Okay. I just got your email. I’ll sign it now.”

“Thanks Dr. Thomas. See you later.” Mr. Li said and hung up his phone. Dr. Thomas’s email arrived, and Mr. Li forwarded it with the Statement of Death to York Cemetery and Funeral Home. They operated twenty-four hours a day, every day, and he called them right away.

“We want to use your cremation services. My daughter-in-law died of COVID-19 during self-isolation. I’ve sent to your email the Medical Certificate of Death and Statement of Death. Can you help us get a burial permit? We want to get her body out of our house as soon as possible. It’s bad luck.”

The representative on the line confirmed, “Yes, I see your email. I’m sorry for your loss, and I understand. We’ll send the forms to the City Clerk’s Office right away for a burial permit. They usually issue it within the same day. I’ll ask the Funeral Director and his assistants to come to your place as soon as possible.”

Mr. Li hung up and smiled. Mrs. Li and James were on standby waiting for his orders. “It’s time to open the basement door.”

“Don’t worry. We’ll go together.” Mrs. Li said and went downstairs with Mr. Li. She had in her arms a quilt and a pillow. James took Sam who was sleeping and went back into his bedroom and closed the door.

Mr. Li unlocked the basement door and held his breath. He braced for the smell of a putrid odor oozing through the doorway, which briefly stopped him and Mrs. Li from entering.   Yet, nothing blocked the door when he pushed, nor was there any body lying behind it. He pushed the door wider and did not see a lifeless body sprawled on top of a pile of papers on the floor as he had imagined.

Mrs. Li dropped her quilt and pillow and covered her mouth.  She had prepared to cover the corpse with the quilt and slip a pillow under Minhua’s head in a way that made it look like she was sleeping. Mr. Li’s meticulous plan to dispose of Jennifer’s notes and toss them into the garbage did not happen. He ran his hands across the walls of the tiny room and found no traces of escape. He knelt down and picked up a white envelope addressed to the Lis. Still in a daze, he slipped it into his pocket to read later.

The doorbell rang. The Funeral Director and his assistants arrived in hazmat suits. The Li family froze in time, not knowing whether to answer the door or hide. The bell rang again which woke the baby. Mr. Li suddenly felt his own words echo in his own head, “naive, kind, and weak people.” His hands reached for his pocket but was afraid of what he would find in it. Minhua left as if she never came.

Ling Ge is a Pushcart nominee who studies creative writing and works as a statistician in Toronto. In her literary work, she uses a combination of Eastern and Western styles. Her work has appeared in the Spadina Literary Review, Ribbons, the Rising Phoenix Review, and the Wales Haiku Journal.

I started reading this creative piece while standing up in my kitchen, but the story grabbed my attention so intensely I found myself sitting on my sofa. This short story is pack with suspense. I enjoyed it. Well done Ling Ge. I can’t wait to read another of your creative piece.