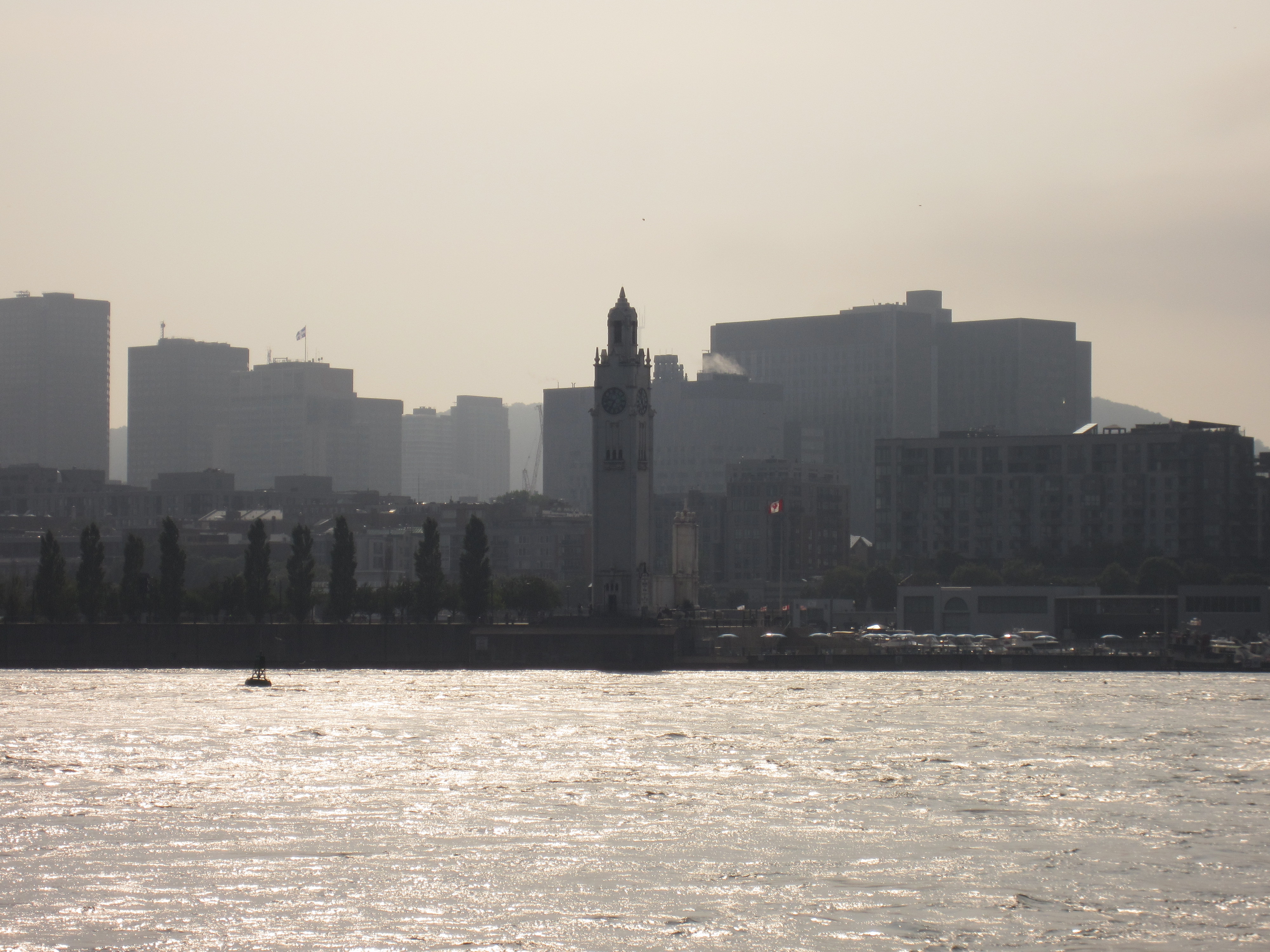 Hazy afternoon on the St Lawrence. Photo by William Tham

My impressions of Montréal were a haze of summer memories: Leonard Cohen’s mural just off Boulevard Saint-Laurent, not far from where mourners gathered on his doorstep upon hearing the news of his death; the elegant staircases snaking up the facades of the houses; and the pristine white jacket of the orchestra conductor reflecting the humid outdoor sun as his arms danced. Meanwhile, midsummer nights found me wandering Vieux-Montréal, where the Cité Mémoire initiative saw images of pioneers, the FLQ Crisis, and the city’s jazz age projected onto brick walls, moving above street-side partygoers dressed all in white like ghosts.

When I stepped off the late train at Gare Centrale following a week of overland rail travel, the linguistic divide manifested itself immediately. Almost everyone was speaking French and I was an outsider again. Language was the most tangible reminder that the city and the province had once been part of the French Empire in North America, now reduced to two small islands off the Newfoundland coast. I spent that first night in a hostel that felt like it was crumbling apart—industrial chic, of course—just off the party stretch on Rue Saint-Catherine, fending off mosquitoes that lurked in the bushes. Montréal sucked you in with its relentless energy and love for life even as the hours ticked towards early morning. In comparison Vancouver felt small and fragile, nestled between mountains and the Strait of Georgia, passively awaiting the next big change.

My intended final destination was to simply be somewhere as far from the Lower Mainland as I could possibly get. Montréal was one of the stops on a trip where I hoped I could put enough distance between me and British Columbia. As much as I loved the Pacific Coast it had a tendency to keep me nailed down, and I was restless for a change of scenery, or perhaps anew life and fresh start altogether after half a year of some disappointments and abrupt changes of heart. So began a journey by rail that found me clattering into Eastern Canada, with its terminus in the province of Québec. 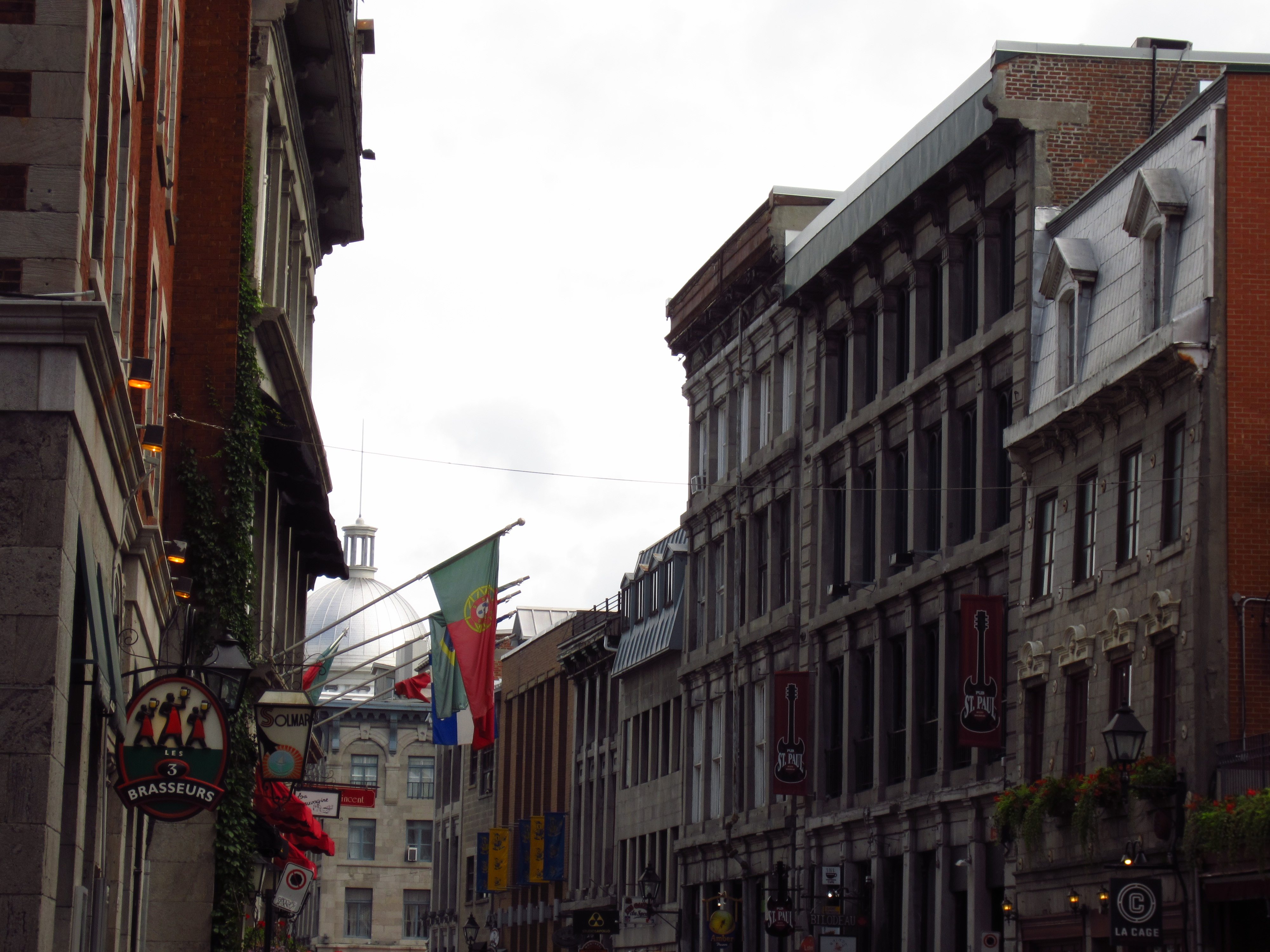 Janet Lumb was my host in Montréal. She lived in an apartment just off the main road on the Plateau. Said apartment had formerly been a stable in a working-class neighbourhood that now played host to delicatessens and coffee shops. It was what Montréalers called a four-and-a-half, small but surprisingly spacious. The small abode was a solid presence in a mobile life that had seen Janet leave Toronto for Vancouver before settling in Montréal over the course of several decades, neither too far or too close to what had once been home for her. She is a musician and has also worked hard applying for grants to run the various organizations that she is involved with—there were Festival Accès Asie and the Chinatown Committee for starters. Like her fiery mother Jean Lumb, who fought racism while living in what was still an icebox city, Janet also found herself fighting discrimination that took on new dimensions with the linguistic divide.

Despite having to deal with a hodgepodge of issues that continuously dogged her work as a relentless activist, Janet remained happy. “I have a qualitatively rich life,” she said proudly said. Each day was different and there was none of the subtle tyranny of routine employment. Instead each morning promised new opportunities and directions, filled with friends in the various circles that she belonged to.

With all that in mind, I spent a day or so wandering up and down the Plateau, and through the Mile End where Mordecai Richler’s Duddy Kravitz ran up and down the length of Rue Saint-Urbain. It was now an enclave of English speakers who turned it into something like Kitsilano or Kerrisdale, places that Janet had once frequented in an earlier life. Ricepaper and Jim Wong-Chu had also featured in it, so it was strange to introduce myself as a representative of a magazine that she had known since the very beginning. In some ways I felt like an interloper.

One evening we went for dinner in her friend’s apartment. As a late summer sunset took hold I found myself in the company of the people she worked with, including activists from Montréal, New York, and California who had been part of the large movements that took place all over North America. They discussed politics and reminisced about old times, correcting each other’s factual mistakes with gusto. Identity politics and the Rodney King riots were brought up, and, when I asked, I was told about the Asian-American/Canadian movements that gripped the continent. I learned that at one point there had been enough money and energy to operate magazines and publications down in the United States and across Canada. But the old guard of Janet’s generation had been around long enough that a generational divide had emerged between them and the younger activists, hip and synergistic in large urban spaces. Things were different now, they agreed, but what could they do? Priorities changed and adapted with time and place. They knew all about Ricepaper and asked fondly about it. Were we still in print? What was the plan for the future? I told them that we were still experimenting with our latest incarnation as a digital magazine.

It turned out that one of the guests had written a nonfiction article for Ricepaper earlier that year. How coincidental it was to meet one of the contributors in person all the way out east, a testimonial to the magazine’s power to bridge divides. I suddenly felt a keen sense of isolation; in Vancouver, out on the coast, it sometimes felt like we were hermetically sealed-off. A geographic separation the width of a continent lay between British Columbia and the eastern cities. And how many stories went unexplored in the Prairies, the Maritimes, or up north? There was room to grow and learn, and suddenly I felt small but optimistic. When I walked back from the party, the air was cool and the pavements quiet and vast. 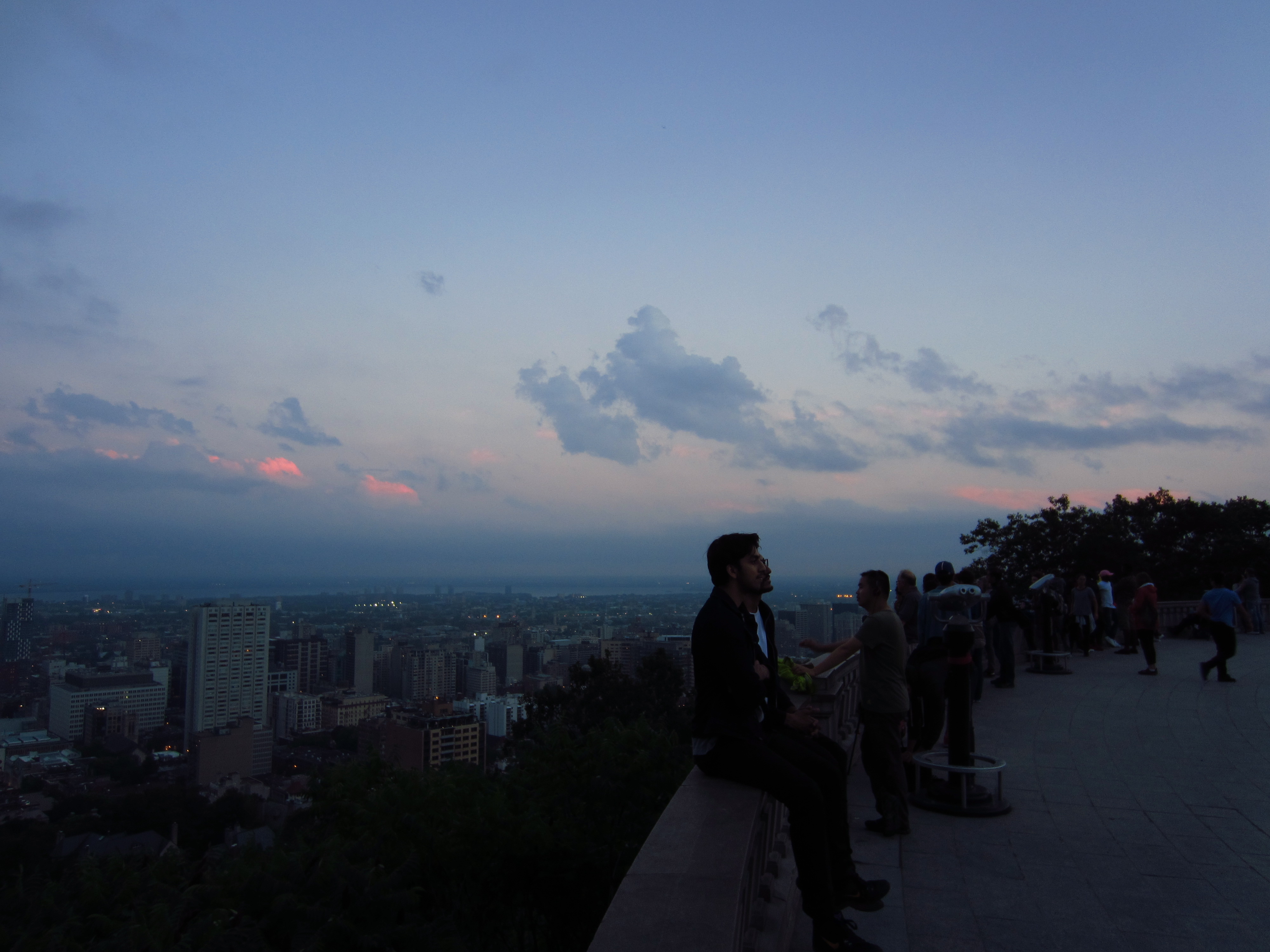 After Montréal I went to Ville-de-Québec: That was the furthest east as I would go on my railway journey. It would be impossible for me to see the whole country based on my schedule. With my original plan to reach the Atlantic at Halifax thwarted, I turned around and returned to Montréal. For one afternoon I sat back to take everything in: sidewalk terrasses and European-style meals and laidback outlooks on city life. Old-fashioned and charming, modern and cutting-edge, Montréal was perhaps the city I could see myself wanting to live in at some point. Perhaps several months of disrupted moods spent chasing the days of being young and crazy were slowly making sense. A so-called quarter-life crisis was nestled in a year of anniversaries: Montréal’s 375th, Canada’s 150th, the Expo’s 50th…

On my last evening I went up the steps to Mont-Royal’s Kondiaronk Belvedere, named for the chief who had mediated la Grande paix, an event which played a role in the consolidation of French power in Québec. Cold blue twilight replaced afternoon smog, and my breath started fogging up. This was the city that “Two-Gun” Cohen had retired to after a colourful life that saw him serving Dr Sun Yat-Sen in the early days of Republican China, where Gabrielle Roy’s characters navigated poverty, and ‘Suzanne’ became synonymous with the steeples off old streets. The citizens of Montréal gathered there, where the faint whiff of marijuana filled the crisp air under the white light of the electric cross.

Eventually I had to turn away from the mountain, descending down the stairs back to the city. Home, wherever home was or would be, was calling.