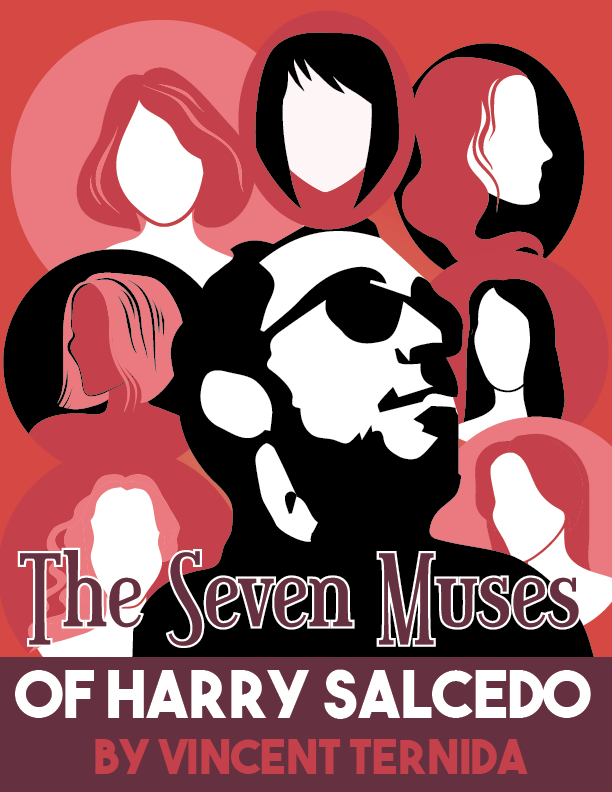 With the upcoming LiterASIAN 2018 festival in September, we are excited to announce that we are publishing and launching the debut novel by our longtime contributor Vincent Ternida!

The Seven Muses of Harry Salcedo follows the trials and tribulations of its disgruntled titular character as he manages his three vices: caffeine, overthinking, and dead-end relationships. Ten years after migrating to Vancouver, this former third culture kid has grown sick of the West Coast and seeks solace in his dream to move to Toronto. He vacillates between his on-and-off paramours, overbearing parents, and exhausted confidants. As he slowly approaches forty and his personal window for escaping the coast closes, Harry rushes to write the novel he’s always wanted while there’s still time.

“In his debut novel, Vincent Ternida is at his best with his racy and sometimes irreverent pokes on everything from religion, family mores, and relationships. One has to hang on to the characters’ every word and hope the story doesn’t end.”

Thematically, The Seven Muses is similar to other works in both literature and film, with examples from Terry Woo’s Banana Boys, Haruki Murakami’s various books, and Federico Fellini’s 8 ½. But what sets it apart is its Filipino-Canadian take on the uncertainty of migration to and life in, as Douglas Coupland calls it, the City of Glass. Vancouver is a jumping-off point to exploring the tangled ends of life in what should be a perfect place to live, and in fact it is also a city where many people arrive to start anew, leaving old lives elsewhere. However, the fact remains that it is impossible to run from the past and it soon catches up, as even the welcoming façade of the Lower Mainland eventually has to give way to something deeper and more meaningful.

*UPDATE*: The Seven Muses is now available on amazon.ca in e-book format!