Lindsay Wong is a Canadian writer, whose memoir The Woo-Woo: How I Survived Ice Hockey, Drug Raids, Demons, and My Crazy Chinese Family was published in 2018. The book won the 2019 Hubert Evans Non-Fiction Prize, was a finalist for Canada Reads 2019 and was a shortlisted finalist for the 2019 Hilary Weston Writers’ Trust Prize for Nonfiction.

Lindsay’s next book, Tell Me Pleasant Things About Immortality is coming out soon in February 2023.

Despite her busy schedule, Lindsay graciously took some time to speak to our Deputy Editor, JF Garrard, about the changes in her life after her book publishing success and inspiration for her latest book. 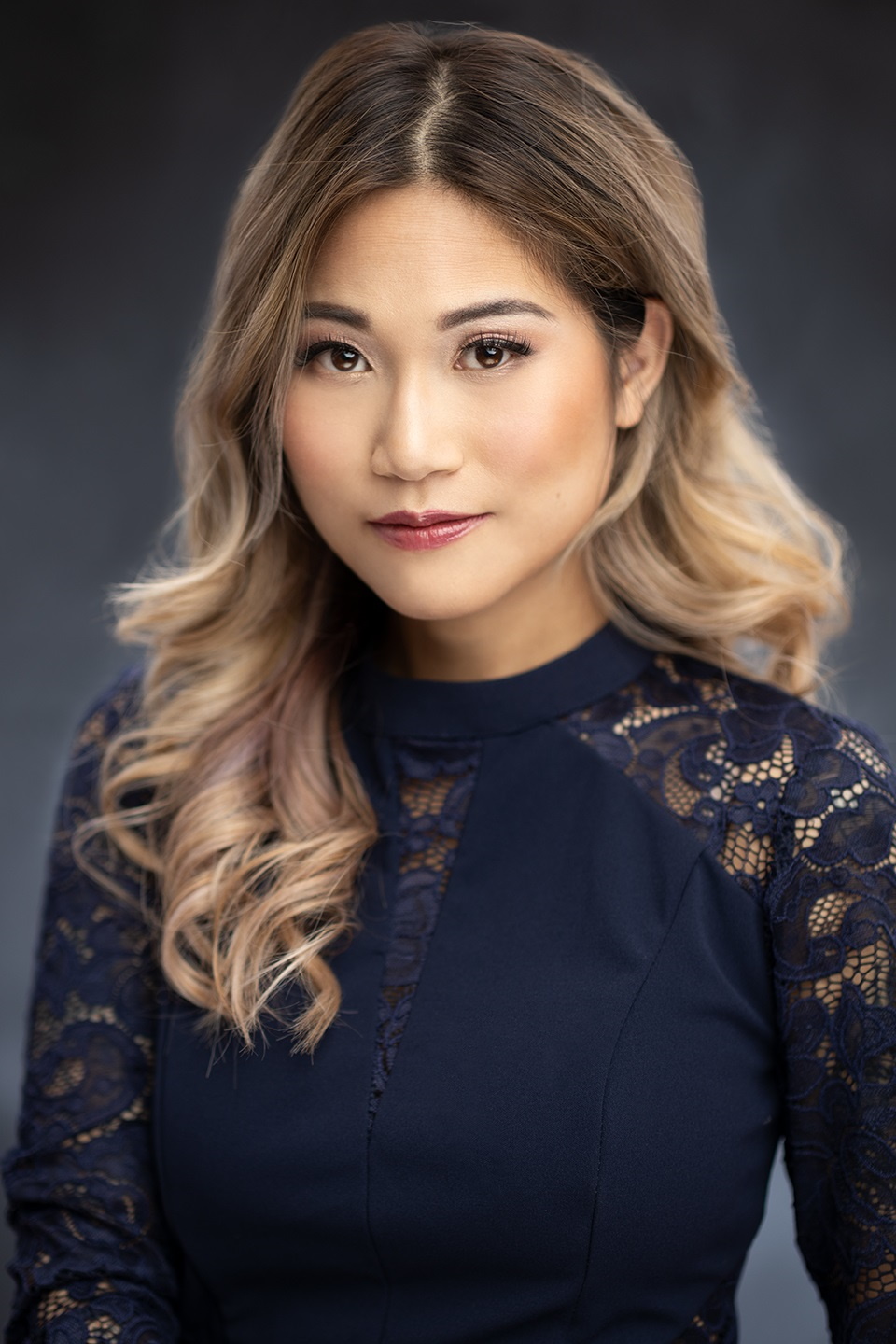 JF Garrard (JFG): Welcome Lindsay! Before we start talking about Tell Me Pleasant Things About Immortality, can you tell us how life has changed after publishing The Woo-Woo?

Lindsay Wong (LW): Thank you very much for having me here and it’s great to meet in person (on Zoom). Well, it’s funny because people always think that when you publish a book, your life will dramatically change. What happens is that you are just busier!

LW: It’s true! I get ten times more emails than I did before. I have more followers on social media. People ask you to do a lot of things like readings or interviews and it’s not all paid, so you just get a lot more things to do. I would say my life is a lot busier, I sleep less. I don’t think I’ve slept since 2018! I’m very lucky if I get five hours of sleep at night. So when you publish a book, you will just be very busy. You might be broke and you might have insomnia. That’s what happened.

JFG: Are you writing full-time these days? Or are you doing something else as well?

LW: I wish I was writing full-time. That feels like the dream to me. If I could just wake up every day, put on my pajamas, and sit in front of a blank screen. I would do that and just eat junk food. That’s my ideal life in five years. I currently teach creative reading at the University of Winnipeg. A lot of the time, I go to class in person, so I actually have to put on pants. I would just love to just stay home on Zoom and put on a top and put on my pants, maybe. But right now, it means going out to teach students and attending a lot of department meetings. Life of, I guess, an academic. Whenever I have time or when I’m at home I get to write but it’s about balancing a lot of hats.

JFG: I think that’s fantastic. I’m thinking about all the English professors I’ve ever had, and I don’t think I’ve had anyone that was Asian. So it’s really great that you are able to represent the field.

LW: Yes, I think I had only one Asian Prof or one or two in grad school. But other than that, most creative writing professors are usually white, and you’re not allowed to write speculative fiction. In my classes, my students are writing horror, romance, and crime thriller. It’s been really fun so far!

JFG: Yes, I remember wanting to go into English for my degree in university. My parents said I don’t think so! So I went into science. I love science too. It’s okay.

LW: That’s great! I wish I could do science. You can do science and writing.

JFG: Well, my background is in nuclear medicine. I got to inject a lot of people, but I’ve left the field because there’s too much radiation. I can tell you some strange stories, but maybe after the interview! Can you tell us a little bit about your latest book? You have a lot of different types of stories in there, how did you decide what to include in the book and why did you do this instead of writing another novel?

LW: Okay, that’s a good question. Well, I think I’ve always been really drawn to the idea of horror and the uncanny. So much of my upbringing was about ghosts. I’d written a memoir previously and this short story collection, was about taking all of these family stories, mythology, and ghost stories, and making them real. Horror is a metaphor for daily life. Especially for BIPOC people. So much of Asian culture is about ghosts. I think the short story genre just felt very natural for me because I was writing this book while the Woo-Woo was getting rejected. I’m sure many of you know when you send a book out to a publisher or agent, it takes months and months and months. So you have a lot of time. I mean, you could start a novel, but then when you get notes back from your agent, or whatever to fix the manuscript, it doesn’t make sense to completely abandon the project. For short stories, you can do them when you only have a couple of weeks or a month. That’s sort of how I assembled a collection.  For myself, after I wrote maybe five or six, I realized that I had a theme going. There were a lot of different things, but I was really writing about inherited trauma, and all these things that happen to women of color in the past and also in the present and so then I was able to kind of assemble them.

JFG: Can you tell us a little bit about what the book is about? Without giving too much away? 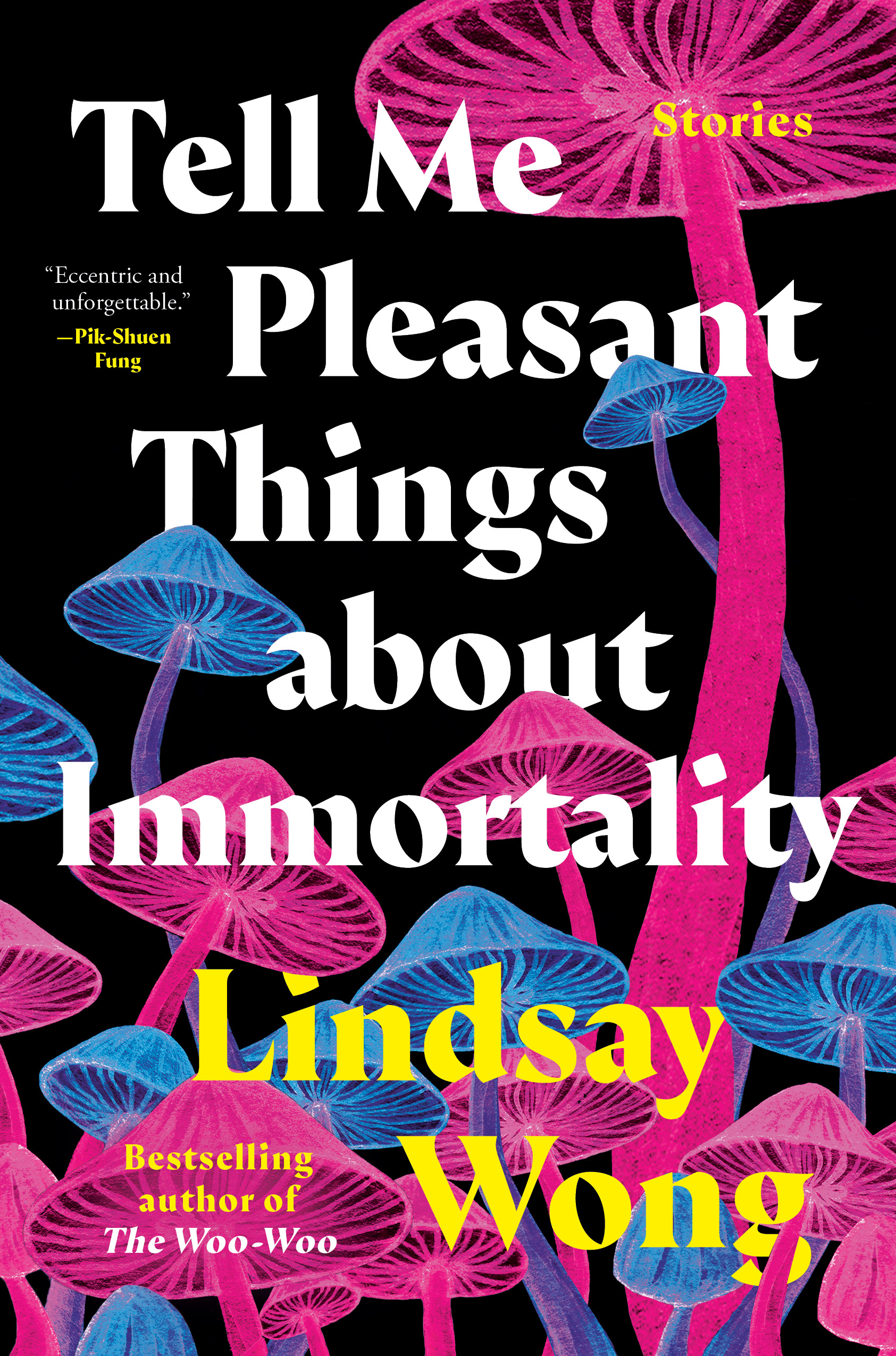 LW: I’ve been calling it immigrant horror stories because horrible things happen to the people in the stories. They never get what they want, right? They always want something. Whether you’re a zombie or ghost, or living, they’re still very human. In many ways, the stories are about trauma and how we carry it. Whether or not we emigrate from Asia to Canada or Asia to the States, we’re always carrying that trauma and family secrets and history, so we can never really skip the past. It really became, a metaphor for that.

JFG: Did you do any special research for any of the stories?

LW: A lot of it was really based on family mythology. My uncle, for example, was in a concentration camp. He had escaped from Vietnam to Hong Kong. So much of that suffering and horror becomes an actual demon. It was being able to really take that and play with the themes in his life. I don’t think I really did much research in terms of actual research, research. Of course, I was on Wikipedia – checking facts, and history, talking to friends and family, and asking them, have you heard of this? Is this correct? I’m not fluent in Chinese, so often it means, did I translate this correctly? With creative writers, it’s not like sitting down and being serious, doing research like most academics. Mainly asking, is this right?

JFG: Yes, I understand. I recently watched a series called Exorcist’s Meter on TVB in Cantonese which does have English subtitles. It’s about a taxi driver that goes around fighting ghosts and demons. This supernatural genre was more popular in the 80s and 90s with jumping vampires, etc. Hong Kong cinema isn’t as popular now. I think there were a lot more mythologies back in the day. A lot of present dramas are about rich people or fighting in the palace, that kind of stuff.

JFG: It’s supposed to suck your chi energy. It was based on a real-life theory. Back in the day, because China’s such a big country, and if you die in one end, and your family wants your body back, then they hire a Taoist priest and supposedly, he made the corpses hop at night by infusing them with energy. This way, he does less work while traveling across the country. I think that’s sort of how it came about and when they get loose, that’s when they go crazy and want to attack people.

LW: Oh, okay. Good to know, maybe my next story will be about a hopping vampire!

JFG: This is an off-topic question. Are you doing anything to celebrate the Christmas holidays?

LW: I’m visiting a family in Vancouver. I moved to Winnipeg at the end of August for a teaching job. I think I have to write my next novel this Christmas. Also, bake cookies. Eat things. I’m planning to sit and eat and sleep and wear pajamas.

JFG: Do you have any other projects that you’re working on? Or is there going to be another speculative fiction story next for you?

LW: I’m working on a novel about these bridesmaids who accidentally sell their souls to a demon bride. It’s a play on Chinese weddings and satire that is actually based on a true story. I was asked to be a bridesmaid at a wedding by someone from high school who I had talked to for so many years. I wanted to know what would happen so I said yes to becoming the maid of honor. What followed was a year of indentured servitude. I don’t know if anyone of you has been a bridesmaid at a wedding. There’s so much work, right? It’s not fun. For anyone involved in the bridal party! I wanted to play on that and it’s hopefully going to be a fun story, but with supernatural elements.

JFG: Does your friend marry a spirit?

LW: No, but I turned her in the story into sort of a demon bride. It’s a whole play on bridezilla.

JFG: Interesting. There’s a band in Hong Kong called Beyond. The drummer’s girlfriend died and he married her as a ghost. It was a ghost wedding because she had already passed. Later though, he remarried a real person, but he did marry the ghost for a long time. It’s sweet but sad because the person isn’t there anymore.

LW: Yes, I want to play on the idea of a ghost marriage too!

JFG: Oh, gotcha. I love all this stuff. Well, thank you very much for taking the time to talk to us. And I wish you the best of luck in your teaching and writing endeavors!

LW: Thank you so much. It was so much fun!

Check out information on Lindsay’s latest book, Tell Me Pleasant Things about Immortality, which is available for pre-order on the official Penguin Random House webpage here. To find out more about her other books, visit her author website.

If you have any comments on this interview or questions, please visit JF Garrard’s page and contact her via social media. A list of interviews conducted for Ricepaper is posted here.