William Tham writes about an ambiguous return to Kuala Lumpur, Malaysia, after being away for several years in the first of two stories about his experiences there. 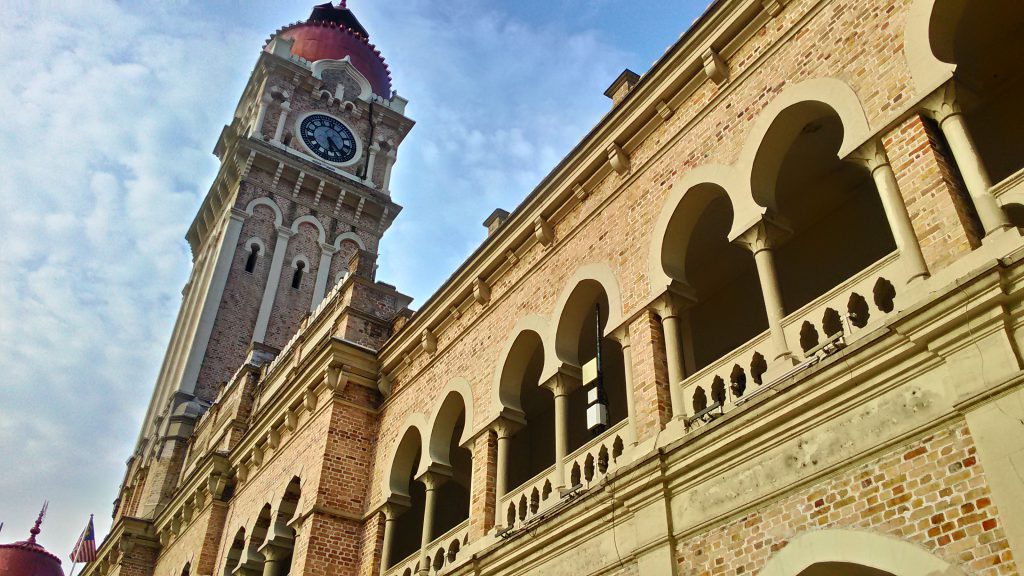 The city began where the Gombak and the Klang Rivers intersect. You can see it today next to the Jamek Mosque, designed by an English architect with Moorish architecture in mind. Its calls to prayer echo along the congested streets and through the relics of colonial architecture. Kuala Lumpur–the Muddy Confluence–grew out of a jumble of settlements, where Chinese tin miners from the crumbling Qing Empire set up camp, with the conflict within the Selangor royal family rumbling in the distance. Slightly further away were the scheming British empire builders, who would one day incorporate the various kingdoms of the peninsula into what would later become peninsular Malaysia.

Walking along this part of the city is an exercise in patience and logic. Cars line the narrow streets while trains rumble overhead and underground, the air seething with a humid heat. The twisting streets of Chinatown, fringed by old-fashioned public schools with stuffy British names, lie not far away from Brickfields with its Indian restaurants and Hindu temples. And towering above the relics of the former colony are luxury apartments and sleek office blocks, themselves dwarfed by the Petronas Twin Towers, formerly the tallest buildings in the world.

On the surface the city is a cosmopolitan metropolis, a haven for the Arab tourists escaping the heat of the Middle East and the tour groups from China and Taiwan. But in reality the city is holding its breath. 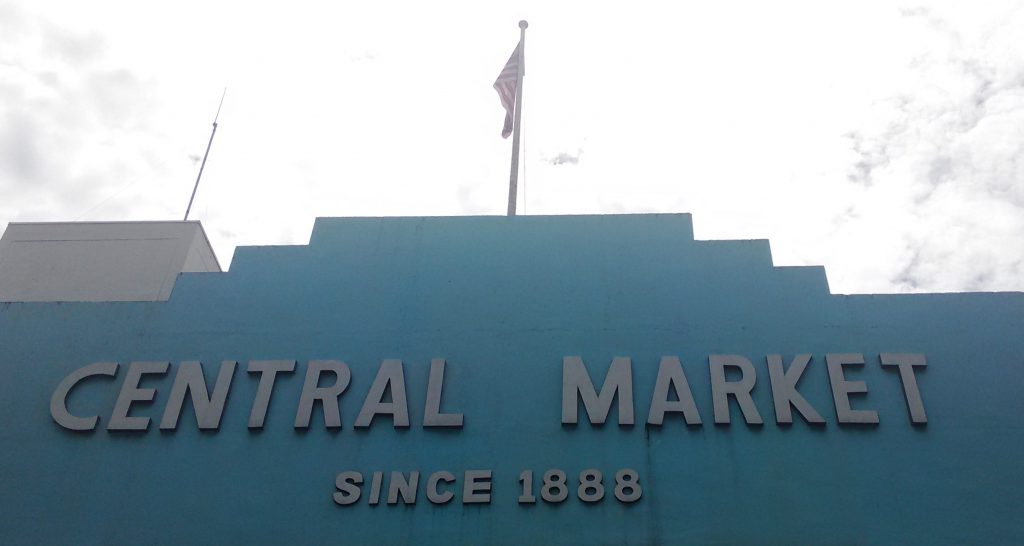 It had been years since I last returned to Kuala Lumpur. The last time I saw it was before the chaos of the General Elections, the loss of MH370, the titanic corruption scandals, and the rise of fundamentalism. I was afraid that the city would be in disarray when I finally returned, the heat wrapping itself around me like a second skin. In fact I was pathetically relieved to see that KL had not fallen to pieces when I stepped into the vast spaces of the Central Station, clogged with tourists and workers who inched around the restaurants and cafes fighting for space.

Parts of the city are enjoying a renaissance of sorts. For example, Chinatown’s Central Market no longer sold fish and vegetables, instead transforming itself with upscale hawkers and handicrafts catered to the visitors en route to Bali or Bangkok. Petaling Street now has an awning decked with red Chinese lanterns and vendors selling roasted groundnuts—occasionally some of them will explode, scattering pieces of shell in the air.  Backpacker hostels have sprouted in the area once notorious for its crime and sleazy atmosphere. But the surrounding area is slowly falling apart. Just across the river, where migrant workers nap on flattened cardboard boxes and fish in the brown waters, the magnificent old station with its Moorish domes has been practically shuttered, with its pipes cut and its offices barricaded. Beggars line unkempt pedestrian bridges and rubbish is irregularly collected.

Meanwhile, migrant workers from Indonesia, Bangladesh, and Myanmar live in cramped conditions in old buildings just a few minutes’ walk from the hotels. They have arrived in search of work, encouraged by contractors eager for cheap labor and politicians hungry for votes to shore up a messy political crisis. In the newspapers and online forums the migrants are harshly condemned online-they are always borderline criminals responsible for social unrest and violence. The same commenters forget the thousands of Malaysians who have quit the country in the wake of a tanking economy, moving to greener pastures in Singapore, Australia, and London. Some suspect that the current generation will be the last to reap the benefits of the wave of modernization that started in the 80s. In a dozen years everyone will be fighting for scraps.

For now there are always the sophisticated rooftop bars basking in the lights of the Towers and the glitzy malls vying for prominence, while bars and pubs line Bukit Bintang where partygoers converge on the weekends, unfazed by the rumours of bomb threats and conspiracy theories. The luxurious districts of the city are proud, brash, and gorgeous, but one day they too will be abandoned for newer and better buildings. 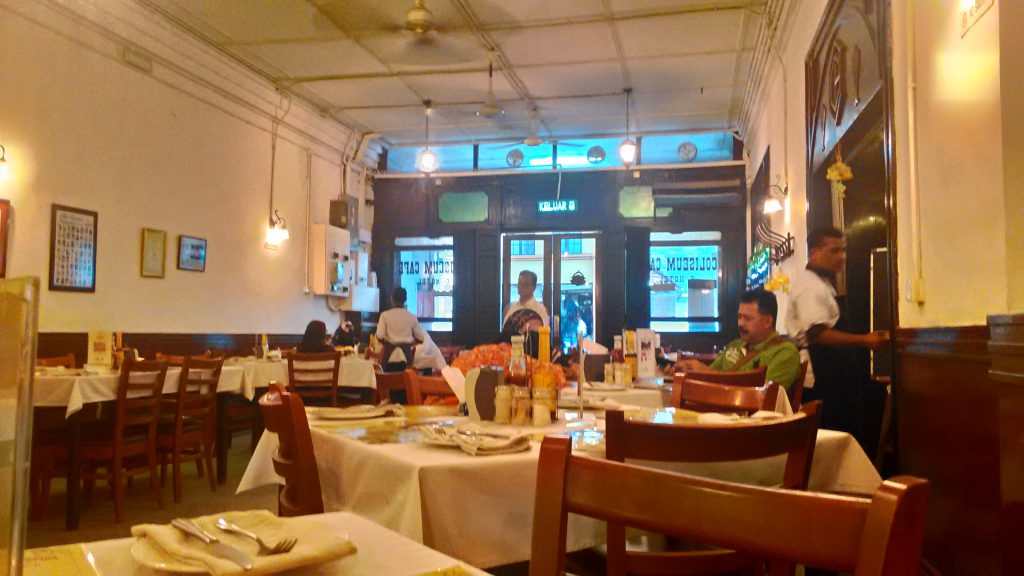 I met an old friend at the Coliseum Café one evening. In its British heyday it had been legendary for its steaks and Hainanese chefs. It was the place where soldiers would gather for drinks in the build-up to the Japanese invasion, and where planters and intelligence agents discussed the Communist insurgency in the deep jungles of the peninsula, hanging up their guns on coat hangers while white-uniformed staff decanted drinks at the bar. The two of us had been away from Malaysia for a combined total of more than ten years, and it was comforting how some landmarks never changed. But being away for so long was enough time to turn us into strangers in a familiar city.

Our conversation soon turned to the city that swirled around us and how it was not as bad as we had expected, given the news of inflation and police crackdowns. But you could still sense the restlessness that gripped it. Some weeks earlier I had been at the Kuala Lumpur Alternative Bookfest, leaving shortly before police officers had swooped in to arrest the artist Fahmi Reza after he had presented a controversial T-shirt to former Prime Minister Mahathir, now feted by reformists while their leader languished in prison. The surveillance state was pressing too close for comfort. I knew people who had been waiting at the police station for his release, but they had laughingly shrugged it off as yet another inconvenience.

After dinner, walking towards Independence Square where bored bikers lounged outside the courthouse buildings and the Royal Selangor Club, the air reverberated with the sound of prayer, roadside stalls crowded with shoppers. Politics took a back seat for the moment–with so much life in the air it was easy to momentarily forget the chaos that accompanied each day’s headlines. Ramadan was almost over and the city would empty out for the holidays, quiet for the briefest instant. The city was all around me and within me, reminding me that I couldn’t quite run away from it.